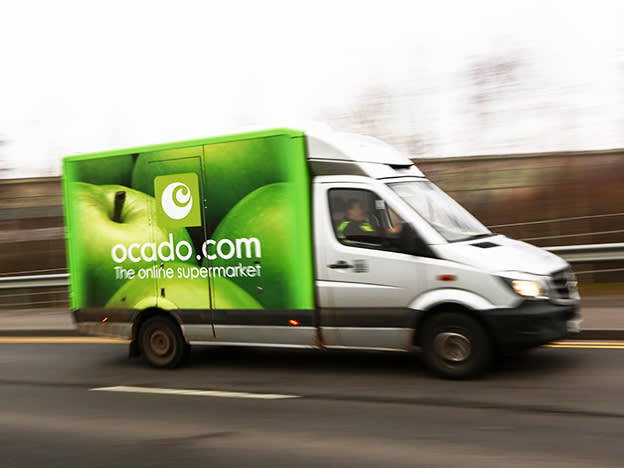 With shares generally having had a good second quarter – the FTSE 350 index rose 8 per cent – you would expect high-beta stocks (those with a high sensitivity to the market) to have done especially well.

You’d be wrong. My no-thought high-beta portfolio rose only 1.8 per cent in the quarter due to losses on several mining stocks and Asos (ASC).

This continues a pattern for high-beta stocks to underperform. In the past 10 years, for example, my high-beta portfolio has risen only 11.2 per cent while the FTSE 350 has risen 45.9 per cent.

This is not a peculiarity of my portfolio. Economists at AQR Capital Management show that high beta assets have underperformed for years not only in US shares but in other assets too. The reason for this, they believe, lies in constraints upon borrowing. Many fund managers are prevented by their mandates from borrowing much, if at all. This means that when they are bullish – and because stock markets usually rise they generally are – they express this sentiment not by borrowing and buying more shares generally, as economic theory says they should, but by shifting from low-beta to higher-beta stocks in the hope these beat a rising market.

This, however, means that high-beta shares are often overpriced and so subsequently underperform. Which is just what we’ve seen on average in the UK. Yes, the poor performance of high beta stocks contradicts the prediction of the textbook capital asset pricing model. But the fact that we’ve seen it in the past five years – that is, since the publication of AQR’s paper – vindicates a more realistic version of economic theory.

This isn’t merely an academic matter. It has direct practical consequences. Very many resources stocks right now have high betas. Investors in these should therefore be cautious on this account (and perhaps not just on this account).

The counterpart to high beta stocks underperforming is of course that low beta ones outperform. Although this outperformance was only slight in Q2, it is their longer-term performance that is more notable. Whether we look at three, five or 10 years, defensive stocks have beaten the market. Again, this is not a quirk of my portfolio. It confirms evidence from around the world over many years, based upon different ways of forming the portfolios, that lower-risk stocks do better than they should.

It is now, I believe, a fact that defensive stocks have done better than they should on average over the long term.

Because this fact has persisted for years after it has been pointed out, it is probably a persistent feature caused by the need for defensives to offer a risk premium. For those fund managers who are judged by relative performance, low beta stocks are risky; there’s a danger they’ll underperform a rising market (as in fact they have in the past 12 months) and so cost the manager his job or bonus. This causes low beta stocks to be underpriced on average, and so to offer decent returns to investors who can take this risk. And of course, most retail investors can.

My momentum portfolio has hugely outperformed the market for years. In fact, over the past three years it has beaten all but one fund in Trustnet’s all companies unit trust database

One portfolio has done even better than defensives down the years – momentum. My equal-weighted basket of the best-performing shares in the 12 months to March has risen by 14.5 per cent in the three months since then. Even if we strip out Ocado’s (OCDO) 93 per cent gain (and of course there’s no reason why we should), it has still outperformed thanks to gains on Blue Prism (PRSM), Games Workshop (GAW) and Fevertree Drinks (FEVR) among others.

Again, this continues a trend. My momentum portfolio has hugely outperformed the market for years. In fact, over the past three years it has beaten all but one fund in Trustnet’s all companies unit trust database (Chelverton’s UK equity growth fund).

And again, this is no quirk of my portfolio. The success of momentum investing was first pointed out (to me at least) back in 2001 by Sheridan Titman and Narasimhan Jegadeesh for US shares. And it has since been found in other assets.

The fact that momentum exists not just in shares but in currencies, commodities and bonds suggests that the reason for it lies outside of stock markets. The most plausible candidate here is under-reaction. We all tend to cleave too strongly to our pre-existing ideas (not just of course about investments). If we have an idea that a stock is a poor investment we’ll therefore stick with that idea even in the face of contradictory evidence. This means that shares that enjoy good news won’t rise as much as they should because investors will continue to doubt their merits. Which means in turn that rising stocks will continue to rise as investors gradually give in and update their prior beliefs.

One piece of evidence for this is the performance of negative momentum stocks – those that have fallen the most in the past 12 months. Although these did well in Q2, their longer-term performance is awful; they’ve fallen in the last five years. This is consistent with investors clinging onto bad stocks, causing them to be initially over-priced and so to drift down later.

For me, this leaves me with a paradox. In theory, investors should by now have wised up to this tendency, and so eliminated the mispricings of both positive and negative momentum stocks. But they haven’t. I find this puzzling.

One thing that seems clearer, though, is the performance of value stocks – the 20 highest dividend yielders. In Q2, these matched the market although they have fallen in the past 12 months. The story here is, I suspect, largely one of cyclical risk. Value stocks tend to carry lots of this: recently, my portfolio has been overweight in construction and transport stocks, but miners have often also featured heavily. This means that when investors fear a downturn, such stocks do badly: the 2008-09 recession saw my value portfolio collapse. And when hopes of an upturn increase – as they did between 2009 and 2017 – value does well.

The point of all this is not to recommend specific stocks, and it’s emphatically not to show that I’m a good stock-picker; ego has no place in investing. It is instead to provide real-time tests of hypotheses: that momentum and defensives out-perform, that high beta and negative momentum underperform; and so on. These hypotheses are the product not of data-mining but of research that has been corroborated several times. Perhaps the lesson of this is that, sometimes, economics can actually be useful.

All these comprise 20 stocks drawn from UK stocks excluding investment trusts with a market cap of over £500m.