“Doctor, Doctor…” starts many a classic joke. Yet the current financial situation faced by many senior GPs is no laughing matter, as the significant proportion of IC readers who are senior medical professionals will attest to. The specific problem is that, as a result of recent tinkering with the pension system, many experienced GPs are facing such high marginal tax rates that it makes little sense for them to continuing working full-time as retirement approaches.

According to analysis by wealth manager Tilney, the pensions tax relief taper – the core policy at the root of this problem – means that a GP retiring early at 58, drawing their NHS pension, and working two-and-a-half days a week as a locum will only be £338 a year worse off, after tax, than one staying on and working double the hours. As figures from the Nuffield Trust revealed this week, the consequence is the first sustained drop in GP numbers in decades – something anyone trying to get a doctor’s appointment will testify is having a real impact on people’s lives.

Doctors are often very well paid, especially when the generous final-salary pensions many receive is taken into account – and no doubt some may suggest that limiting their working hours is a rather mercenary response. As Josephine Cumbo put it in our sister publication Pensions Expert: “The sound of tiny violins can often be heard when the better off complain about yet another cut to their pensions tax relief.”

Yet, as Tilney points out, many of the senior GPs it works with are passionate about the NHS and would prefer not to retire early – but equally, and rightly, do not believe they should pick up the tab for a policy designed to boost the Treasury’s coffers but whose pernicious effect was predicted by many (except the Treasury, who it is said did very little analysis of the impact on key public sector workers). Some are facing huge in-year tax bills for inadvertently exceeding their taper allowance and having to borrow to settle the bill – hardly an appropriate recognition for lifetimes of intense training and difficult work. And as Josephine notes, many other experienced public sector workers in areas such as education and policing may be hit, too, because unlike those in the private sector the inflexibility of government pension schemes mean they cannot easily take mitigating action.

There is a slither of silver lining, though, which is that an NHS crisis is generally guaranteed to prompt a government response. And with the political spotlight now glaring blindingly onto the pensions system, its many complexities and absurdities – ones that affect anyone trying to save for a comfortable retirement to some extent – may be addressed, not least the ever-shrinking lifetime allowance, a disincentive to sensible investment if ever there was one.

The road to riches

Years of underinvestment in its network are catching up with BT 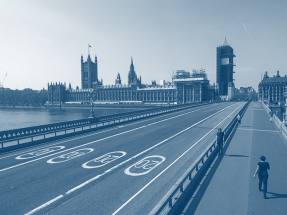 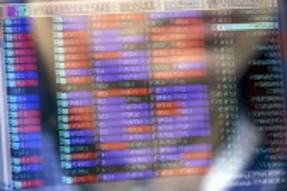