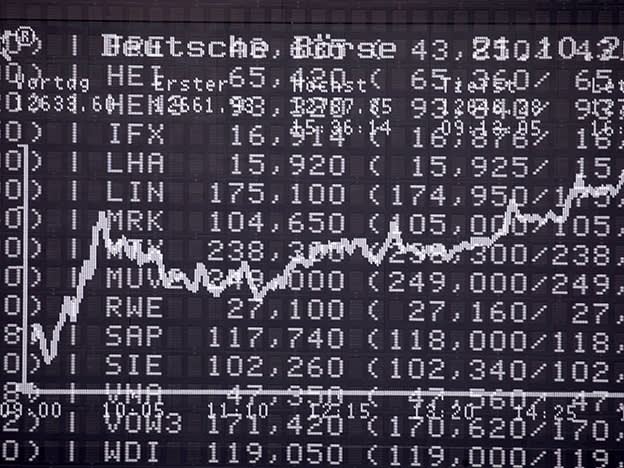 Investors have mixed attitudes to uncertainty. This is not as irrational as it seems

It’s possible that one source of uncertainty might diminish next week with the result of the general election. Which raises a question: do investors really hate uncertainty as much as is widely thought?

Ever since the work of University of Chicago economist Frank Knight in 1921, economists have distinguished between risk and uncertainty. Risk is, in Donald Rumsfeld’s useful words, a “known unknown” – a probability we can quantify such as the chance of a die rolling a six. Uncertainty, however, cannot be quantified. The question: “what will the next government do?” is an uncertainty. We can’t quantify it.

For a long time, economists have thought that people hate uncertainty even more than they hate risk. This was first established by Daniel Ellsberg back in 1957. He asked economist colleagues to bet on whether a red, black or yellow ball would be drawn from an urn and found that many preferred to bet when the numbers of balls in the urn was known than when it was unknown. They preferred risk to uncertainty. Subsequent experiments have confirmed that many of us share this preference.

This is no mere laboratory finding. It explains a lot of investors’ behaviour such as:

There’s lots of evidence, then, that people hate uncertainty and that this affects share prices. The evidence is not, however, overwhelming. Sometimes investors actively prefer uncertainty. For example:

The evidence that investors hate uncertainty, therefore, seems mixed. But in fact, it’s not. There are two different things going on here.

One is that we sometimes like uncertainty when it offers the potential for big gains, even if this potential is unquantifiable. This explains why some of us like Aim stocks and cryptocurrencies. It also explains why we hate political uncertainty. It doesn’t offer such upside. The best we can hope for is tolerably adequate government.

We do, however, hate uncertainty when it creates the danger that we’ll regret our choices. We stick to familiar stocks and funds because these are the default option, and we’ll kick ourselves if we stray from that into unfamiliar territory.

These two facts explain why we sometimes see bubbles in assets that offer uncertainty. Occasionally, regret works in favour of such assets. If everybody seems to be buying, we might fear missing out and so regret not buying. When this happens, bubbles develop.

Whatever the result of Thursday’s election, however, we’ll see – at best – the removal of only one element of uncertainty. Many others will remain – not just about Brexit (a Conservative majority brings with it the danger of a no-deal Brexit in 2020), but also about next year’s US presidential election. And of course the usual economic and market uncertainty will remain. Investors who do hate uncertainty, then, are out of luck.