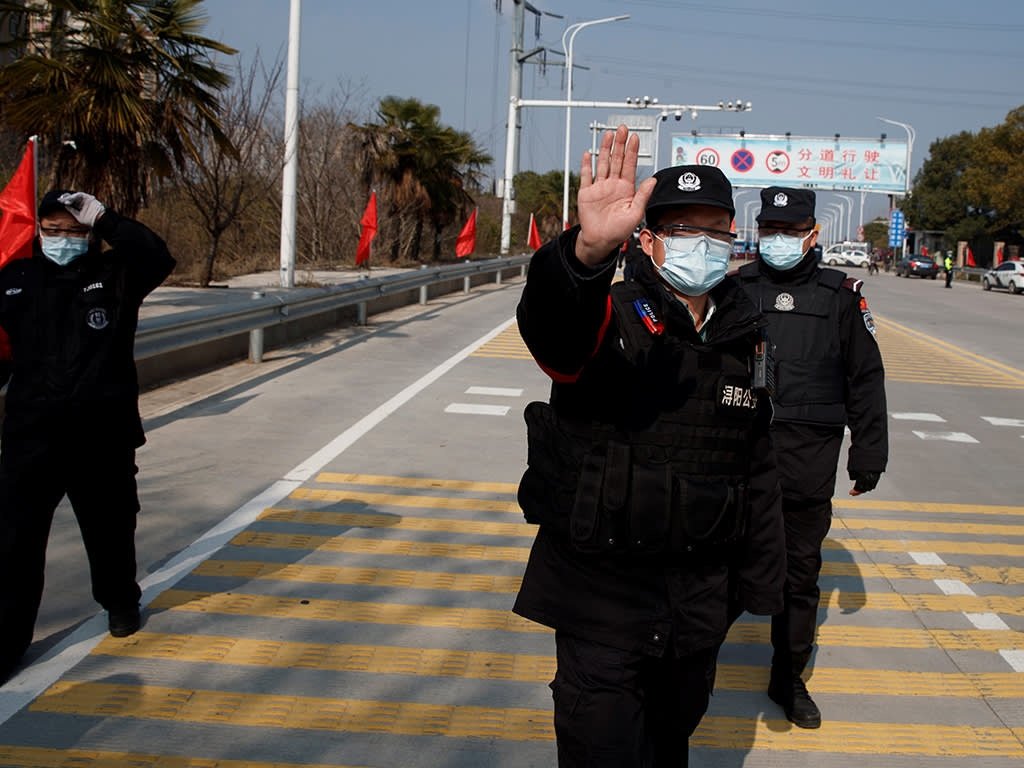 Here’s a useful little exercise you can do – maybe should do – with your own equity portfolio. For each holding, calculate the proportion of the group’s revenues that are generated outside the UK and compare that with its share price performance since 17 January, the day the financial markets became aware that a new strain of coronavirus was getting its genomes out.

You won’t need to do much digging to assemble the data points that indicate the extent to which the weight of overseas revenues in a company’s mix is linked to falling share prices since mid-January. Obviously, we are looking to see whether those companies with the heaviest overseas reliance have suffered the deepest drop in their share price. If so, their shares could remain vulnerable if the Wuhan variant turns out to be a nasty so-and-so.

And if your guess is that the so-called ‘2019-nCoV’ will become a turbo-charged version of Sars, then there could still be a case for selling to avoid further punishment. The complementary thought is to question the widely accepted notion – including by Bearbull – that a meaningful exposure to dynamic overseas economies is a necessity for equity portfolios; better, perhaps, to scurry to the comparative security of shares in companies that barely take a peek outside the developed world.

The first observation is to note how calmly financial markets have responded to 2019-nCoV, at least so far. From 17 January to the end of the month, the FTSE All-Share index dropped 4.7 per cent. Had that figure been the fall for the whole month (although January’s actual fall was just 3.3 per cent), it would not have been particularly exceptional. Based on variations around the All-Share index’s average monthly returns since 1990 – and assuming a ‘normal distribution’ of returns – a drop of that scale could be expected to occur more than once a year anyway. Reality has matched theory – it has happened 38 times, or about once every 10 months.

In contrast, when Sars struck in September 2002, the All-Share dropped 12 per cent during the month – an event that could be expected to occur once every 15 years – and fell 16 per cent in the five months to end-January 2003.

Meanwhile, within the Bearbull Income Fund, January did show a link between the proportion of a company’s sales coming from abroad and poor performance by its shares, but it was not strong. Of the fund’s equity holdings, the only stock to produce a month-on-month gain was Topps Tiles (TPT), whose exposure outside the UK is zero. Others with nil overseas sales – Henry Boot (BOOT), Hollywood Bowl (BOWL) and Empiric Student Property (ESP) – all recorded just nominal share price falls.

The big falls came from Zytronic (ZYT), Elementis (ELM) and Air Partner (AIR). All these have substantial overseas exposure – over 90 per cent in the case of Zytronic and Elementis; 51 per cent for Air Partner. However, any correlation is made fuzzier because Elementis and Air Partner both managed to dish up profit warnings in January, so their share prices were holed before the Wuhan virus took hold.

The regularity with which these two disappoint the market is becoming tiresome – especially in the case of the speciality chemicals supplier Elementis. Again, its bosses have shown they are better at talking than delivering. Having gee-ed up investors with increasingly positive noises through the second half of 2019 – and seen the share price rise 40 per cent as a result – early last month they told the market that, actually, underlying operating profits for 2019 will be about $123m, much the same as 2017 but $10m down on 2018’s $133m. At 129p, the share price is now 30 per cent below its January peak.

Put data for the 12 relevant income-fund holdings into a linear regression and fact just about follows theory. As the proportion of companies’ sales coming from overseas rose, share price performance did fall, but not by a lot and the fit of the data points to the regression line was also loose.

A borderline result was fine because I would be reluctant to dump the notion that it’s necessary to have a substantial part of an equity portfolio’s earnings – say, 40 per cent minimum – coming from abroad; for what it’s worth, the current proportion in the Bearbull fund is 50 per cent. Data showing the source of global growth reminds me why. In round terms – and in nominal US dollars – the global economy added about $5 trillion-worth of growth in 2018 (2019’s figures aren’t yet available). One-third of that growth came from East Asia’s emerging economies, with China contributing almost 90 per cent of it. Neither of the globe’s two other major economic blocks – the US and the EU – came close to matching that. Helped by the euro’s weakness against the dollar, the EU contributed 28 per cent of the growth; the US’s share was 21 per cent.

Of course, this is what we have come to expect from East Asia. Granted, the effects of the Wuhan virus might test that record in 2020 and even now the year’s growth will have been dented. My brother-in-law in Shanghai – now 15 years in China – reports of a city he’s never seen before, so empty you might expect to see tumbleweed blowing along the Bund. But, even if a black swan glides down the Huangpu River, in the wider scheme of things it will cause barely a ripple.