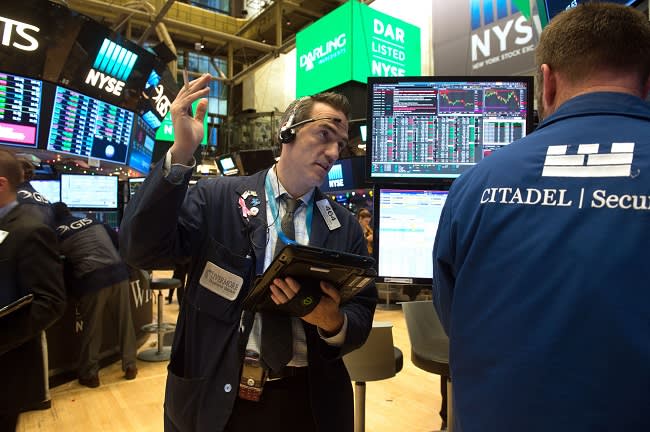 One common objection to the idea that share prices are driven by irrational investors is that, over time, they should be driven out of the market as the smarter money profits at their expense. Very often, however, this claim is wrong as a new paper by Ulrike Malmendier at the University of California at Berkeley shows. She describes how markets sometimes actually select in favour of irrational buyers.

This is most obviously true in auctions. It doesn’t matter if most people in the room believe a painting is a worthless fake. If just two believe it is a masterpiece then a bidding war will see it sell for millions. And such wars are more common than you might think. Matthew Jones at the Federal Trade Commission has shown that in eBay auctions of Amazon gift cards – items with an obvious worth – two-fifths sell for more than their face value.

Prices are not set by 'the market'. They are set by those who value an item more than the seller does – which can be a small minority.

This is true of one of the longest-standing of stock market anomalies – the long-run underperformance of newly floated stocks: the University of Florida’s Jay Ritter estimates that since 1980 initial public offerings have underperformed the US market by an average of 17.5 per cent in the three years after coming to market, and much the same is true in the UK. Only a minority of investors buy such shares, but they are the overconfident minority – and it is these who set prices.

This also helps explain why we see booms and slumps in the numbers of new flotations. Such waves and troughs would not happen if flotations were determined only by companies’ thoughts about how to best structure their balance sheets: if so, they would occur more or less randomly. Instead, sellers put their company on the market when they believe there are enough investors around who are sufficiently overoptimistic to pay over the odds for it: they fish for fools. What matters here isn’t average opinion, but the distribution of it. Sellers need, and often find, a tail of that distribution which is overconfident.

It is for this reason that Malcolm Baker and Jeffrey Wurgler have found that the number of IPOs in a month, and the first-day returns on them are both useful measures of investor sentiment – and when these are high, they show, subsequent returns are low.

Short-sellers can do little to correct such overpricing. As Robert Vishny and Andrei Shleifer pointed out in a classic paper, short-selling is difficult and dangerous – especially in volatile stocks such as newly issued ones. In the same vein, Bernard Dumas at the Insead business school has shown that rational investors can do little to eliminate excess volatility, because they could suffer heavy losses as an unjustifiably expensive stock becomes more expensive or an irrationally cheap one becomes even cheaper – and knowing this danger will cause them to limit their positions and hence their influence upon prices. Smart investors, then, cannot always correct the mistakes of irrational ones.

A similar thing happens in housing markets. Atif Mian and Amir Sufi estimate that the rise in US housing transactions between 2003 and 2006 was caused almost entirely by less than 1 per cent of the population – that small minority of Americans who were 'flippers', who bought and sold lots of houses in quick succession. During this housing boom, most Americans actually became more pessimistic about future prices. They were correct, but it wasn’t them who were driving the market.

Which explains something economists have long known – that price bubbles are often caused by easier credit. The point here isn’t that slacker lending standards allow most people to buy at high prices – if you are pessimistic about the market, the ability to get a big mortgage won’t cause you to buy. Instead, the mechanism is that easier credit gives fuel to the overconfident minority and so enables these to drive prices up further.

By the same token, even a moderate tightening of credit can have a disproportionate effect in depressing prices, because it drives overconfident buyers out of the market. Which is why property investors must guard against liquidity risk. If only a small minority of active and overconfident buyers drop out of the market, it will become difficult to sell quickly especially at a half-decent price.

Many of you might find all this banal. But in fact it undermines our everyday preconceptions. We should not speak of 'the market' as some abstract entity. Instead, there’s a set of sellers and set of buyers, all of whom have different beliefs. Often, prices are driven not by the average buyer but by a minority of them, who are not necessarily the most rational or informed. This is why it is so difficult to predict returns, especially for sentiment-driven assets such as the more speculative stocks: their prices depend on the beliefs of a small minority.

Markets are always selection devices, and they don’t necessarily select for the best. The idea that they do so is a just-so story, which is not always founded on the facts.