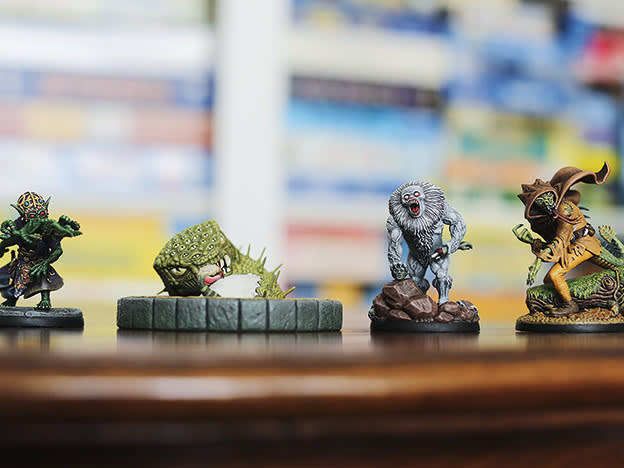 Long-term Games Workshop holders have enjoyed spectacular success, but a regular flow of good news from the fantasy figure maker offers lots of opportunity for traders too

Games Workshop (GAW) is a stock that people love to hate. Its customers are routinely referred to as 'nerds' – a derogatory term for those who, amongst other pursuits, enjoy painting miniature fantasy figures and conducting epic battles.

I can see the appeal as I used to enjoy waging war with large armies on real-time strategy games, and although I do my daily battles now with market makers and the irritating algorithms that frequent the London Stock Exchange’s SETS platform, it is a regret that I didn’t pledge my allegiance to Games Workshop in the form of an extended ownership of shares, rather than fleeting visits.

Games Workshop shareholders have had the last laugh, though. In 2016, the share price was a lowly 600p, yet four years later the stock traded above 7,000p. The company has been a great value builder for those who spotted the market opportunity and stuck with the trend. It’s a stock that I’ve traded frequently, though, and I’ve been offered many opportunities as it’s consistently beaten its market forecasts and put out regular statements highlighting trading “ahead of expectations”. Companies that can do this often see strong short-term moves in their stock prices within the bigger long-term uptrend, which is great for traders like myself.