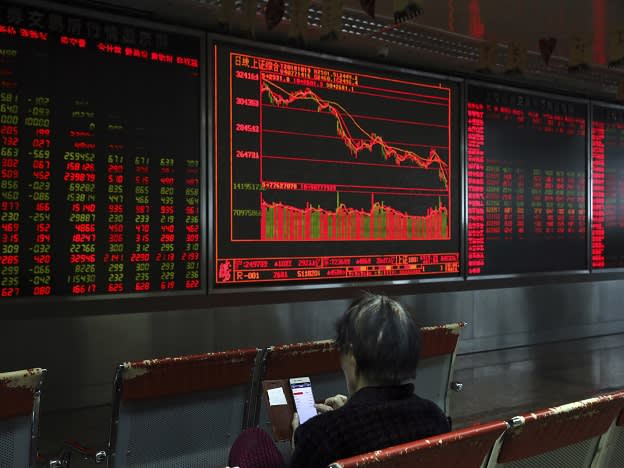 We shouldn't optimise our portfolios, but instead ensure they are resilient to changing environments. This is quite easy to do

One thing we’ve learned from the Covid-19 crisis is that there can be a conflict between resilience and optimisation. If, for example, the NHS had had lots of spare beds, ventilators and PPE equipment before the pandemic began it would have been more resilient and better able to cope with the crisis. But this would at the time have appeared sub-optimal, as these resources would have been wasted for months.

Investors face the same trade-off. Apparently optimal portfolios aren’t always resilient and can even collapse when hit by shocks.

For example, the hedge fund Long-Term Capital Management (LTCM) ran what looked like an optimal portfolio in the mid-1990s. It shorted liquid Treasury bonds and bought less liquid ones because past data showed that this made good returns with little risk. But then in 1998 the Russian government defaulted on its debt, which triggered huge demand for liquid bonds and hence big losses for those who had shorted them.

And in the mid-2000s banks and hedge funds ran what they thought were optimal portfolios of mortgage derivatives; past data had showed that their risks were low and returns good – until in 2007 this suddenly ceased to be the case.

These episodes had two things in common. One was that the belief that the portfolios were optimal encouraged their owners to take on huge debt. As the Bank of England’s Adam Brinley Codd and Andrew Gimber say, reliance on past data can give a “false comfort” about the risk you are taking.

Secondly, optimisation on the basis of past data meant strategies failed when the past ceased to be a guide to the future. This was most famously illustrated when David Viniar, Goldman Sachs’ chief financial officer, said of the crisis that “we were seeing things that were 25-standard-deviation moves, several days in a row”. Of course, they weren’t really 25-standard deviation events at all. It’s just that his company’s strategy was based on an unrepresentative sample of data which made mortgage derivatives seem much less risky than they really were.

These episodes warn us that optimisation can be dangerous.

MIT’s Andrew Lo says there’s an analogy here with biology. A species that is well adapted to one particular food source will become extinct if that source disappears. A species with a more mixed diet might not be so optimally adapted to its environment, but it is more likely to survive.

Which poses the question. What does a resilient but non-optimal portfolio look like?

First, it would hold lots of cash. Yes, cash pays dreadful returns. And it is almost certain that whatever happens in the next few months many assets will outperform it – either shares or bonds.

But cash has some huge virtues. One is that its downside risk is limited. Our worst loss is inflation minus our nominal interest rate. This is very likely to be smaller than the worst plausible loss on equities or bonds.

Also, cash protects us from the low-probability/high-impact risks that did for LTCM and mortgage derivatives – the danger that previously uncorrelated assets will fall at the same time or that once-liquid assets will become illiquid. Nobody ever went bust holding lots of cash.

Secondly, a resilient portfolio would be unambitious. It would – to use a word coined by the Nobel laureate Herbert Simon – aim at “satisficing” rather than maximising. If you don’t need high returns (say because you are around your target level of wealth anyway) don’t chase them. It’s easy to lose money by jumping on bandwagons because we’re scared of missing out on the next big thing. If you must invest in sentiment-driven assets such as emerging markets or speculative stocks, do so with discipline, such as by obeying the 10-month rule.

Thirdly, we shouldn’t worry much about the precise weights assets have in our portfolio. The London Business School’s Victor DeMiguel and colleagues have shown that simply splitting your money evenly across asset classes can do as well as fancier optimisation. This is because optimisation is only effective if past risk and returns are a guide to the future – and they are often not. In the same vein, I’ve shown that a simple portfolio of five assets based on no more than reasonable round numbers would have protected you from this year’s stock market fall and outperformed most professional fund managers: it has actually risen 4 per cent so far this year.

All this corroborates a point made by the psychologist Robyn Dawes back in 1979. He said that rough statistical models have a “robust beauty”: they can be as good as sophisticated ones. Precision, then, is not always necessary.

Fourthly, a resilient portfolio would learn from Sir Geoffrey Boycott. Sir Geoffrey wasn’t the most brilliant or exciting batsman. But he was one of the most successful because of one great virtue: he rarely made mistakes. The same applies to investing. “To be a great investor you don’t have to have a terrific IQ,” Warren Buffett has said. “What you do need is the right temperament.” A resilient investor has the discipline to avoid well-known errors. So you must sell your losers, and know when you’ve made a mistake. You must know that most of what you hear and read is noise not signal and thus no reason to trade: it’s easy to lose money by trading too much. You must be aware of the power of compounding; it can both make you money and lose it. You should be sceptical of speculative stocks, as these are often overpriced, and instead have a bias to defensives: 'get rich slowly' is more effective than 'get rich quick'.

Of course, everybody will lose money sometimes. But we can at least avoid the most obvious ways of doing so.

Optimisation is difficult. Luckily, it is also unnecessary as it is easy to build a resilient portfolio. Investing can be easier than the professionals would have us believe.