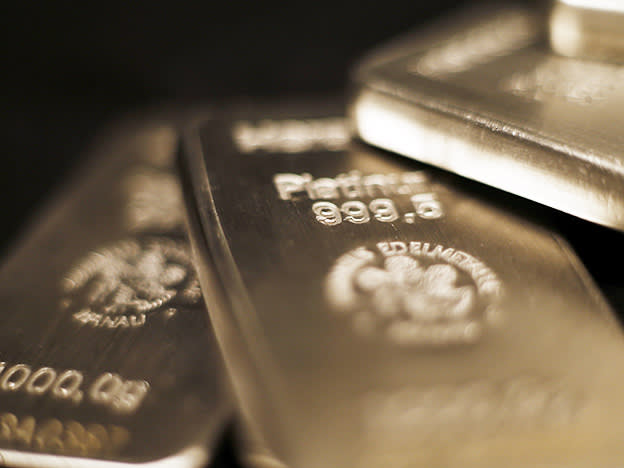 Three constituents of Simon Thompson’s annual Bargain Shares Portfolios are trading resiliently through the Covid-19 crisis, and are well positioned to continue to prosper.

Creightons (CRL:56p), a Peterborough-based manufacturer of beauty and healthcare products, has delivered record annual results and ones that surpassed my expectations when I included the shares, at 44p, in my 2020 Bargain Shares portfolio.

In the 12 months to 31 March 2020, revenues increased by 8.6 per cent to £47.8m, buoyed by a 43 per cent rise in overseas sales to £7.2m and double-digit growth in private label and branded sales. These segments boast higher margins which partly explains why gross margin increased by almost three percentage points to 42.2 per cent. Creightons has also benefited from the economies of scale generated by ongoing sales growth, improvements in productivity and re-sourcing of raw materials. These factors more than offset the impact of increases in raw material costs and the minimum wage.

Moreover, with both gross margin and revenue rising, the operational gearing of the business meant that operating profit increased by almost 30 per cent to £3.8m, outpacing the revenue growth rate more than threefold. Cash generated from operations was well ahead, too, up fivefold to £6.6m, helped in part by £1.4m of positive working capital flows, highlighting the cash generative nature of Creightons’ activities. The bumper cash inflow enabled the directors to purchase the freehold of the company’s site in Peterborough for £4m, make some small acquisitions, and still end the financial year in a small net cash position.

Shareholders are being rewarded with a hike in the full-year pay-out from 0.55p to 0.65p a share at a time when many companies have suspended their dividends. A 20 per cent return on capital employed is eye-catching, too, and there is scope for it to ratchet higher as surplus cash is redeployed on bolt-on acquisitions and new product launches. Recent launches include a new Pure Touch brand of hand sanitisers and hand washes, and a newly developed anti-viral alcohol-free hand cream. Creightons has scarcity value.

Importantly, the outsourcing of warehousing and distribution of finished products to a third-party logistics provider is almost complete and means that Creightons has the infrastructure in place to continue to scale up. It’s well positioned to do so as the directors revealed that trading in the first four months of the new financial year is ahead of last year.

Rated on a trailing price/earnings (PE) ratio of 11, prospects of Creightons continuing to outperform its rivals are still being materially underrated. On a bid-offer spread of 54p to 56p, the shares continue to rate a buy.

First half order intake only dipped 6 per cent to £30.5m, and the closing order book was up 14 per cent year-on-year to £45.4m. Importantly, there have been no Covid-19 cancellations. That’s an impressive performance and one that highlights ongoing demand in Mpac’s end markets which are growing at a rate of 4 to 6 per cent per year, and the company’s ability to capture the growth, too.

For instance, Mpac offers customers digital solutions for artificial intelligence-enabled equipment and robotics in their production facilities and warehouses. Chief executive Tony Steels pointed out during our results call that one consequence of Covid-19 will be an acceleration of the move to automation as more blue-chip clients reappraise their manufacturing efficiency. Mpac is proactively helping its clients to do so and, with more than 85 per cent of its revenue already generated overseas, is incredibly well placed to benefit from this structural change.

Also, around 75 per cent of Mpac’s business is associated with essential consumer products, another reason why end-market demand is robust. Indeed, analyst Paul Hill at Equity Development points out that the second half has started well, noting “unseasonally strong July bookings, especially in North America and healthcare, with food and beverage not far behind.” The Americas accounted for half of Mpac’s first half revenue, so is an important market.

The other key take was the 28 per cent first half surge in high margin service revenue from £7.6m to £9.7m, and at higher levels of profitability, on the back of improved operational supply chain efficiency. Mpac reported “double-digit revenue growth registered across all regions” in the service segment.

In addition, after factoring in this week’s complementary earnings enhancing acquisition of Cleveland, Ohio based Switchback, brokerage Shore Capital has pushed through 11 per cent upgrades and now expects Mpac to deliver second half pre-tax profit of £3.3m and EPS of 15.5p, or 10 per cent more than the 2019 second half result. The earnings risk remains skewed to the upside for 2021, too. On this basis, the shares are rated on a modest cash-adjusted PE ratio of 9 despite the company being a major beneficiary of the accelerated change in manufacturing automation.

So, having included the shares, at 156p, in my 2018 Bargain Shares portfolio, I see scope for further upside. In fact, after taking account of the estimated year-end net cash pile of £10.6m (53p a share) and the actuarial pension deficit of £35m, I raise my fair value to 350p a share. Buy.

Sylvania Platinum (SLP:63p), a cash-rich, fast-growing, low-cost South African producer and developer of platinum, palladium and rhodium, has delivered eye-catching annual results. Not even the loss of 10,000 ounces of output due to a temporary government imposed Covid-19 related shutdown failed to de-rail Sylvania. In fact, the company still delivered 69,000 ounces from its dump operations, just 3,000 ounces shy of the previous year’s record.

Moreover, with rhodium and palladium prices up 165 per cent and 47 per cent in a tight market in the 12 months to 30 June 2020, the metals accounting for 12.5 per cent of 25.5 per cent of the overall basket, Sylvania’s basket price surged from $1,277 to $2,015 per ounce, or almost three times higher than Sylvania’s all-in costs of $713 per ounce. In turn, revenue increased by 62 per cent to $114m and cash profit soared by 130 per cent to $69.6m, highlighting the attractive operational gearing to rising metal prices. Cash generation was mightily impressive, too, hence why net funds increased from $21.8m to $55.9m (15.5p a share) after allowing for the repurchase of 5 per cent of the share capital and US$5.2m of capital expenditure.

Even the Covid-19 crisis has had a silver lining. That’s because although rhodium auto-catalyst demand is forecast to fall 113,000 ounces this year due to a predicted 17 per cent fall in global car sales, according to German automotive industry body The Verband der Automobilindustrie, the market has actually tightened because of lost mining output and contraction of recycling volumes. This explains why the rhodium price is only 10 per cent shy of its pre-Covid-19 all-time high, the metal being two to three times more effective than platinum in an auto-catalyst, hence its appeal to car makers.

Shareholders may be disappointed by a mere doubling of the dividend per share to 2 cents (1.6p), but the board plan to declare a ‘windfall metals dividend’ in the 2020/21 financial year which analysts at brokerage Liberum estimate at 3p a share. Liberum forecasts an additional 7.7p a share d on top, the total dividend being covered 1.7 times by forecast EPS of around 18.5p.

The shares have quadrupled since I suggested buying, at 14.5p, in my 2018 Bargain Shares portfolio, and the risk remains to the upside. In fact, rated on a cash-adjusted PE ratio of 2.5 and offering a prospective dividend yield of 18 per cent they offer significant upside to my 100p target price. Buy.

This column was first published at 12pm on Monday, 7 September and republished at 9.45am on Wednesday, 9 September to incorporate the acquisition of Swichback by Mpac and Shore Capital's post acquisition earnings upgrades. Simon Thompson also raised his target price on Mpac from 330p to 350p.

Special offer: Both books can be purchased for the special price of £25 plus discounted postage and packaging of only £3.95. The books include case studies of Simon Thompson’s market beating Bargain Share Portfolio companies outlining the investment characteristics that made them successful investments. Simon also highlights many other investment approaches and stock screens he uses to identify small-cap companies with investment potential, too. Details of the content of both books can be viewed on www.ypdbooks.com.