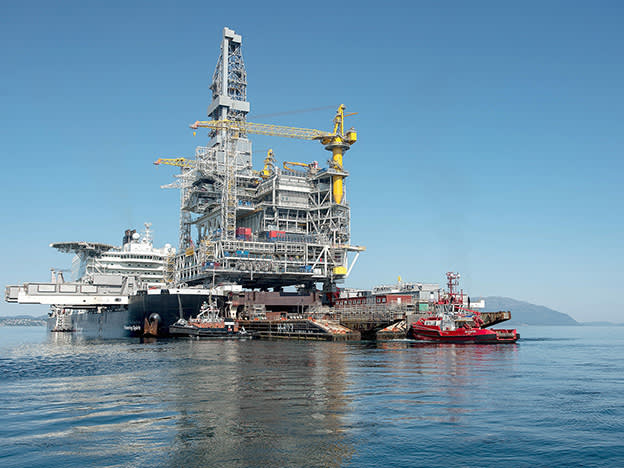 When the supermajors and EU agree on something beyond vague statements about supporting climate action, it's worth taking notice

The price of carbon shot up in July. The climb came on the back of the European Union’s massive green recovery plan, and since then the European Commission and BP (BP.) have given further compelling reasons for investors to jump on a critical commodity to the energy transition, alongside nickel, copper and battery materials.

The recent climb is specifically the price of a permit to emit a tonne (t) of CO2 under the EU’s emissions trading system (ETS), and it has recently got close to €30/t (£27) after trading around €5/t for years. While there are not many schemes in place currently – the largest is the EU’s, California has a sizeable one and China has had a national scheme in the works for years – the International Monetary Fund (IMF) has calculated the global average carbon price at just $2/t, as cited by Broker Bernstein in a recent note. The investment bank said 22 per cent of global emissions were covered by some carbon pricing or taxation scheme.

The pricing is used in emissions trading schemes (ETS) where polluters like power stations are set a cap on CO2 emissions and then have to either cut CO2 output or buy emissions credits to get under the cap.

This pricing surge indicates much tougher emissions regulations and a more widespread take up of ETS policies, which BP and its fellow major polluters fought against for many years. Now they are outpacing government action due to investor and societal pressure.

The oil and gas giant’s chief economist Spencer Dale was rapturous in his support for carbon pricing while talking through his latest energy outlook. The wonderful thing about carbon prices, as an economist, is it provides a level playing field,” he said. “It puts a price on carbon and then lets markets, producers, investors, consumers find the most efficient way of reducing carbon emissions.” Carbon pricing is also held up as a route to make technologies like carbon capture and storage more financially feasible.

Currently, the key regulator is the European Commission (EC), which announced its new goal of cutting EU emissions by 55 per cent in the next 10 years compared with 1990 levels on 17 September. While the head honchos spoke of adding renewable energy supply, the policy announcement itself gave a clearer picture of what needs to be done.

“CO2 emissions from the burning of fossil fuels are the largest source of greenhouse gas emissions in the EU... together with fugitive non-CO2 emissions in the energy system, they are responsible for just over 75 per cent of EU greenhouse gas emissions,” the EC said. This energy capacity will need to be replaced – a challenge in countries like Poland that have both renewables-sceptic leaders and lack alternatives within the tight timeframe set out by the EU.

But for carbon pricing, the EC’s new messaging shows unwillingness to loosen credit supply. Consulting firm Materials Risk likened it to a central bank managing money, but the 55 per cent cut announcement also included the line that the carbon price needs to be “sufficiently robust” to drive change and encourage low carbon investment.

While retail investors will struggle to trade carbon credits, further increases will raise costs across industry, transport and resources companies so this is an important area to keep an eye on. Tesla (US:TSLA) has also shown how to make money out of credit schemes, bringing in $428m in revenue from them in the June quarter, keeping its reported net income in the black.

A more established global market is questionable under current political leadership outside the EU, but countries not setting caps and handing out credits will likely end up just missing out on revenue.