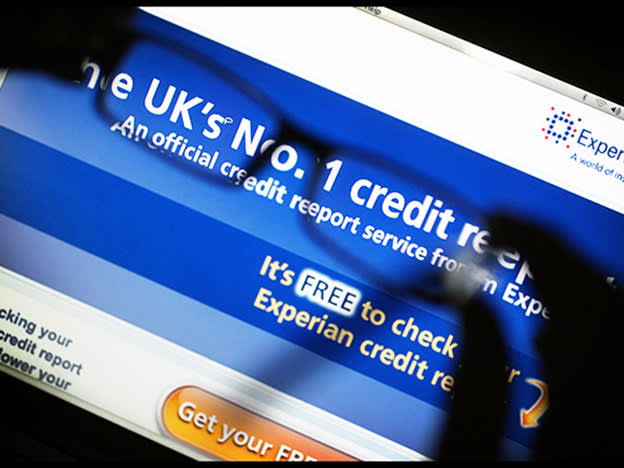 Experian pays well for success but when can executives cash in?

Recently, Experian (EXPN) was ordered to change how it handles personal data in the UK within its direct marketing services. The ICO (Information Commissioner’s Office) claimed that Experian was gathering data about people, enhancing it without their knowledge and passing it on to other organisations. Brian Cassin, Experian’s chief executive, said: “We do not track internet activity, nor consumer purchases, preferences, behavioural data or location.” Experian only uses publicly available information so what’s the problem? The ruling has gone to appeal.

Managing Experian can’t be easy. In an interview last year, Mr Cassin said that Experian had to comply with “over a thousand separate pieces of legislation” across all the territories where it operates. As an organisation, it’s used to being investigated. When he became its chief executive in July 2014, Experian was already the largest credit bureau in the world and one of the largest software vendors, serving about a billion consumers and 250m businesses. But it wasn’t growing, so he and his team set about transforming the company. The key was to focus on innovation to allow it to diversify and maintain a competitive edge.

One outcome was its Ascend product, which enables institutions to add their own data to Experian’s in real time. The sophisticated way it can sift through 2bn gigabytes of data in seconds enables clients to streamline their decision-making processes – once embedded, these “decisioning” services are awkward to replace. They now generate 24 per cent of Experian’s revenues; another 21 per cent comes from enabling consumers to control their credit rating and protect themselves from identity fraud.

There are threats. Hacking, for example, or errors in credit reports, as Experian’s main rivals in the US (where it generates 63 per cent of its revenues) can testify. Both Equifax and TransUnion have suffered hefty fines for their transgressions. Cyclical vulnerability is another issue. To reduce this, Experian has been expanding in non-financial sectors, such as telecommunications, utilities, and more recently in healthcare. But, even so, lockdowns smothered Experian’s growth in the second quarter. A recession would intensify its challenges.

During the five years that Mr Cassin has been chief executive, he has received, and been taxed on, £36.4m. The table below shows why this differs from his purported pay (the Single Figure of Total Remuneration) published annually, which adds up to £33.7m. It’s due to timing. Experian awards shares in June; they vest three years later. So when it reports as at the end of March, the result of the performance conditions is known, but the vesting share price has to be estimated and then trued up the following year. This might sound convoluted, but it’s what the guidelines require, and other companies do the same.

His salary has gone up by the same amount as that of other executives and employees – 11 per cent since 2016. That pushes up the cash he receives instead of a pension. Together they provide the only certain element of Mr Cassin’s pay – over £1m each year.

Salary increases also ratchet up the potential annual bonus, under a plan that applies to most of the workforce. Mr Cassin’s bonus can be up to twice his salary and has averaged £1.5m a year. Performance used to be measured by PBT (profit before tax) but four-fifths is now assessed on EBIT (earnings before interest and tax) and one-fifth on the growth in group revenues – George Rose, who chairs the remuneration committee, says these relate to items more directly within management’s control.

Another ratchet kicks in here because Experian’s executives are invited to take the rump of their bonus (after paying tax) as shares that have to be held for three years. So for UK executives, for every 53 shares deferred, Experian awards 200 under a co-investment plan (CIP). After three years, the number of shares released depends on a performance condition: half of the CIP shares are assessed on operating cash flow, and half on PBT per share growth, which was no doubt helped by buybacks that have reduced the shares in issue over the last five years by 8 per cent. The outcome, therefore, depends on a double assessment of performance: first to determine the bonus, and then to see how many CIP shares vest. As an investment, CIP risks are on the upside. At worst, the bonus shares can be cashed in and the shares are forfeited. The best outcome triples the original gross bonus – or more, because the high performance needed for this would probably have boosted the share price as well. Over the last five years, Mr Cassin has been awarded 755k CIP shares and has received 564k (75 per cent) of them.

Then there’s the annual Performance Share Plan (PSP). That’s worth twice his salary when it’s awarded, so it too is ratcheted up by salary increases. Three-quarters of its performance conditions depends on the growth in PBT over the three years and one-quarter on how Experian’s TSR (total shareholder return) compares with that of the FTSE 100. The PSP has been less lucrative than the CIP but it’s still substantial – over the last five years, Mr Cassin has been awarded 559k PSP shares and received 421k.

Executives often undervalue share awards because they’re jam tomorrow, and performance conditions can nullify them. Fair enough. That comes with the territory. But at Experian, they’ve delivered two-thirds of Mr Cassin’s remuneration in shares, and while they’re supposed to “ensure critical shareholder alignment”, they’re deliberately geared so that high performance rewards executives several times more than shareholders. Not that investors are complaining – the share price has tripled since Mr Cassin became chief executive. Mr Rose makes no apologies for the leverage. He says it’s “the key to our ability to compete for top talent (at and below board-level) in a competitive external market, dominated by some of the largest global technology companies”.

There’s another consequence of paying in shares that are subject to future performance. Of the £36.4m equivalent that Mr Cassin has received over the last five years, only £27.5m is actually pay. This column has argued before that pay is really the value of the released shares based on the price when the awards were made. That’s when prudent companies buy the underlying shares either directly or via an external trust. Subsequent share price rises cost the company nothing – they’re funded by the market. Mr Cassin’s uplift of £8.9m is an investment gain, exactly as it would be for a shareholder, even if HMRC chooses to tax it as income. Experian has begun publishing this – in its annual report, it says that 36 per cent of the amount received by Mr Cassin in 2020 was attributable to the share price rise. But that was based on estimated figures. My calculations suggest that this was 43 per cent when the shares were released in June. Over the last five years, the proportion has been about a third.

By March this year, the number of shares needed to cover Mr Cassin’s outstanding awards would have been (up to) 1,326,787. He already owned 585,983, accumulated from past awards and worth £17.6m at a share price of £30, although that’s a paper valuation – as with any investment, until the shares are sold, their value won’t be crystallised. But sales tempt investors to question how much confidence directors have in their own company – if they must sell, the safest time is just after their company publishes its results, which is what directors of Next (NXT) did recently. Two directors sold over £3m of shares “for personal reasons” and Lord Wolfson sold a tenth of his holding (for £10m) “to diversify his investments”.

In the US, unlike the UK, executives are allowed to pre-program trades, but they’re supposed to be for modest amounts. That locks in the timing, but raises questions about who controls when price sensitive information is to be publicised. So eyebrows were raised when Dr Albert Bourla, Pfizer’s (US:PFE) chief executive, sold almost two-thirds of his Pfizer shares (worth US$5.6m) on the day that the company announced that its Covid-19 vaccine was highly effective. The reason given was for “personal financial planning”.

Investors expect executives to have skin in the game via share awards, but how realistic is it to expect them to concentrate so much of their personal wealth in a single company? The longer an executive is in post, the more their shareholding builds up, so it’s more of a dilemma for highly valued chief executives such as Mr Cassin or Lord Wolfson. That’s a consequence of paying executives in shares, and there are no easy answers. Many would consider it a nice problem to have.