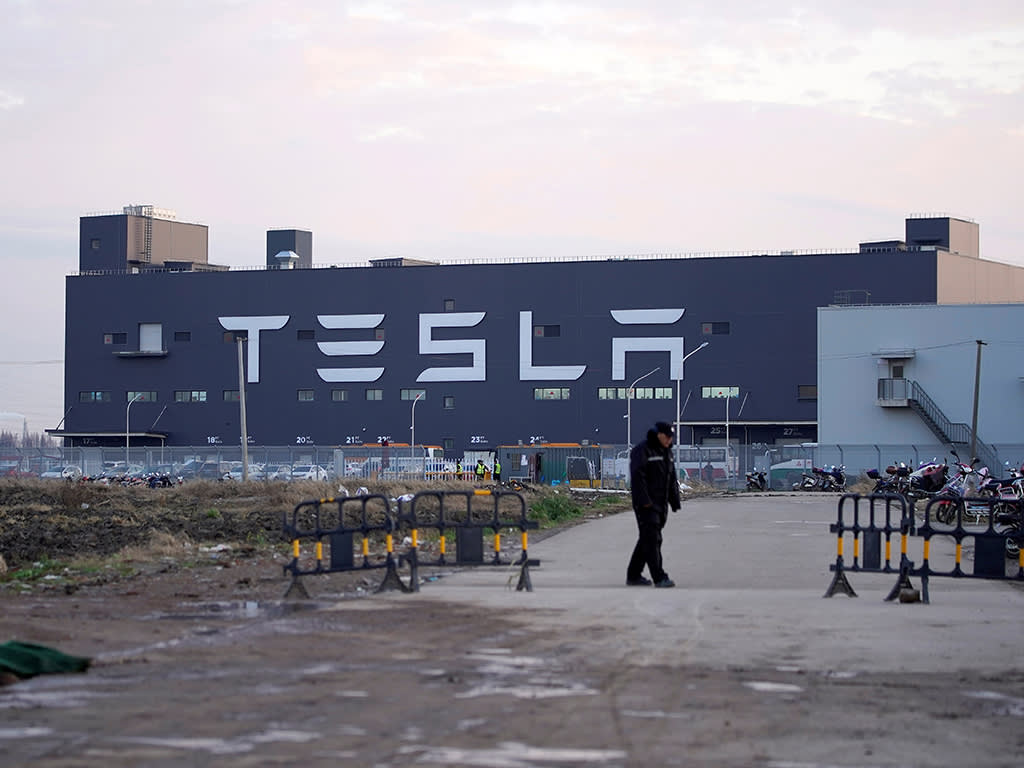 Is the UK really ready for electric cars?

The UK government has brought forward its intention to end the sale of new combustion engine-powered cars and vans to 2035, fuelling concerns about the future of the automotive industry and the UK’s readiness for the advent of electric vehicles.

Earlier this month, Prime Minister Boris Johnson announced his decision to advance the government’s 2040 target for petrol, diesel and hybrid vehicle sales. The policy was disclosed as the government prepares to withdraw its plug-in car grant in March, which has supported electric car sales growth and provided customers with as much as £3,500 to purchase low-emission vehicles.

Electric car sales are growing, but from a low base

While electric cars currently account for a small proportion of overall car sales, growth rates are high and investors are flocking to first-movers in this space. Legacy automotive manufacturers are investing heavily. Electric car company Tesla’s (US:TSLA) stock has soared by over 100 per cent since the start of the year, with the group beating expectations and recording a 46 per cent year-on-year increase in deliveries of its Model 3 vehicle.

The 2035 deadline has hastened the need for automotive giants to design ranges that use alternative sources of fuel. Volkswagen (Ger:VOW), which has committed to invest more than €30bn (£25bn) in electric vehicles by the end of 2022, delivered its 250,000th electric vehicle in December last year. Of the 10.8m cars it sold in 2019, 200,771 were in the UK, representing nearly 9 per cent of all 2.3m cars sold in the UK. Driving home the importance of adapting its range to comply with electric vehicle requirements, its Golf and Polo models were the second and ninth most popular vehicles in the country. The popular Golf brand is likely to survive new regulatory restrictions, though. Volkswagen has developed a fully-electric Golf model, called the e-Golf.

Diesel and petrol car sales fell 36 per cent and 9.5 per cent, respectively, year on year in January, as part of a broader downward trend in automotive sales, in a sign that the UK’s electric car boom may have relied in part on the government’s grant. “For the UK market to stand any chance of meeting the extremely challenging 2035 goal, an extensive package of government support is vital,” the SMMT said. It advocated extending grants to all ‘ultra low emission vehicles’, citing negative consequences in other European markets from prematurely removing support “before the market is ready”.

Others have cautioned that progress on electric cars will take time. “Limitations include raw materials for battery production, the current smattering of available charging stations and the mileage range that some EVs can achieve,” said Harry Merrison, investment manager at wealth manager Kingswood.

The UK market only counts Aston Martin (AML) among its listed carmakers. The company’s commitment to electric vehicles has taken a backseat as part of a rescue package put forward by incoming chairman Lawrence Stroll. The embattled luxury brand has delayed the launch of its electric Lagonda programme from 2022 to at least 2025. But for the uber-optimists who remain long on Aston Martin, the company's commitment to electric cars should sit pretty low down on their list of issues that need addressing by Aston's refreshed management.

The government’s decision to bring forward the limit on new petrol and diesel cars will ripple through the automotive supply chain, throwing up opportunities and threats for suppliers such as TI Fluid Systems (TIFS) and Ricardo (RCDO). TI Fluid Systems, which primarily specialises in fluid systems for light vehicles, currently provides €200 of content per internal combustion engine vehicle and between €250 and €700 of products for plug-in hybrid cars.

TI Fluid only currently provides between €50 and €150 of content per electric vehicle, but those seeking exposure to an electric vehicle supplier may be heartened by its aspiration to take this to at least €200. It currently supplies battery thermal and power electronics thermal products and is developing autonomous navigation lines for electric vehicles. The group expects its global addressable market for electric cars to jump from €0.3bn in 2018 to a range of €2.2bn-€4.4bn in 2026. This is still relatively insignificant compared with its overall anticipated 2026 car market, which stands at around €30.4bn.

The trend towards electric cars may not be kind to all automotive suppliers. Some analysts have expressed concerns that Ricardo is overly exposed to internal combustion engines. But it's a push to suggest that holders of Ricardo are totally stranded with a business that has failed to move with the times. The company is working to diversify away from its legacy area of expertise through acquisitions, including its purchase of an environmental consultancy, and is also playing a role in supporting the UK government on the rollout of recharging infrastructure. Ricardo declined to comment on the government’s policy announcement.

How prepared is the UK for the EV switch?

Accelerating the transition towards electric vehicles will require concurrent investment in charging infrastructure to support more widespread use. ‘Range anxiety’ is a key barrier to people switching to electric vehicles, based on the fear they could struggle to find a charging point when out and about. This problem is particularly prevalent for those without access to off-street parking and home charging, estimated to be the case for around 40 per cent of UK households. Also a question of convenience, slow charging speeds are more disruptive than simply filling up at a petrol station.

A report commissioned by Scottish Power suggests the UK will need 2.6m public charging points by 2050 to meet its net zero target. Slow progress is being made. According to charging point locator Zap Map, there are more than 30,000 charging connectors spread across almost 11,000 locations. Recent growth has been driven by the installation of faster charging points (see chart). But while areas such as London have the greatest density of infrastructure, there is much regional disparity with rural and less affluent areas seen as less commercially viable.

The government has said it will “not own or operate a chargepoint network now or in the future”, instead supporting private sector activity through funding initiatives. A £400m charging infrastructure investment fund was announced last year, with a £200m government contribution matched by private backers.

National Grid (NG.) has called on public funding for “ultra-rapid” charge points, capitalising on the proximity between the UK’s main transport corridors and high-voltage transmission network. It has identified 54 motorway service stations that could put 99 per cent of electric vehicle drivers within 50 miles of a charging location. To make the potential £1bn price tag more palatable to the private sector, National Grid has suggested the government underwrite construction costs and pay the early years’ annual connection charges.

A fragmented market of smaller players such as Ecotricity and InstaVolt has allowed the oil and gas majors to make big steps into this space. BP (BP.) acquired Chargemaster in 2018 and had more than 7,000 charging points in the UK at the end of last year. For Tufan Erginbilgic, outgoing chief executive of BP’s downstream business, the ultimate aim is to “closely replicate the current fuelling experience”.

Aside from having enough charging points, a critical question is whether the electricity network can cope with increased demand. National Grid’s ‘Future Energy Scenarios’ report forecasts that annual electricity demand from road transport could increase from around 1 terrawatt hour (TWh) in 2020 to up to 96 TWh by 2050. Major schemes to introduce new grid capacity typically take five years of planning and delivery, and thinktank Energy Systems Catapult believes there is a “real risk the uptake of EVs is potentially much faster than the investment cycles within which network operators operate”.

National Grid is confident additional demand can be met through ‘smart charging’ which manages energy consumption. Charging can be deferred from peak times to periods when there is spare capacity and consumers are incentivised with cheaper off-peak power. Regulator Ofgem calculates that flexible charging would enable at least 60 per cent more electric vehicles to be charged, reducing the need for expensive upgrades to network infrastructure.

If the UK is serious about ramping up its electric vehicle infrastructure, it might look to emulate the Netherlands, where Total SA (TTA) was awarded Europe’s largest electric vehicle charging contract to install and operate up to 20,000 new public charging points. The upcoming Budget and national infrastructure strategy will be a key indicator of the government’s preparedness for its desired electric vehicle revolution.

How will dealerships cope with the transition?

As the auto sector shifts away from petrol and diesel engines, the manufacturers and infrastructure companies are – understandably – expected to face the bulk of the work in facilitating the shift towards electric vehicles. Indeed, shares in UK-listed auto-retailers such as Pendragon (PDG) and Marshall Motor Holdings (MMH) were largely unmoved by the government’s announcement that it was bringing the sales ban forward.

Helal Miah, investment research analyst at The Share Centre, said this was probably due to the fact the ban is still a long way off, relatively, while the sector is facing sharp declines in the number of new car registrations here and now. However, he noted there is little to stop the government’s plans changing again.

Unfortunately, dealerships' scope for action is limited when compared with the wider auto sector. “Car retailers will respond to changes in consumer demand, but they can only adapt to what is on offer for sale,” said Mr Miah. “Retailers will need to adapt by informing buyers and facilitating the installation of charging systems in homes.”

The consumption patterns of electric vehicle owners are different from those of traditional drivers, with demand for oil products disappearing and less demand for parts replacements. Daksh Gupta, chief executive of Marshall Motor Holdings, said demand for oil and parts would fall, but that an overall reduction in the number of retailers – predicted to be around 30 per cent by Mr Gupta and other industry experts – would offset the decline. Parts demand will not fall uniformly, either. The heavier average weight of electric vehicles, along with higher rates of acceleration, are expected to drive increased demand for tyres.

Aftermarket sales have traditionally been a very lucrative area for auto retailers, but Mike Allen, head of research at Zeus Capital, said this could change as electric vehicles grow in popularity. For one, the service intervals can be around every 25,000 miles, compared with 10,000 miles currently, and batteries have fewer parts than internal combustion engines, meaning fewer things can go wrong.

“It’s going to be significantly longer service intervals, less complexity for things to go wrong. So, there will be a gap to your [aftersales],” he said.

However, this does not mean that electric vehicles will be the government’s favoured automobile option in the long term. Mr Allen noted that at the start of the century, diesel was seen as the environmentally friendly option endorsed by the government, but now faces bans.

“I can fully see a situation where people [who] own electric cars suddenly have to pay more for their electricity to charge up their cars because of the pressures on the national grid, and the government saying you should drive a hydrogen car,” he said.

We'll be looking under the bonnet of Tesla, in Part One of our "World's Hottest Shares" series. It's the lead feature of the magazine on sale at newsstands on 21 February 2020, or you can subscribe to read online.

The government’s plan to bring this policy forwards to 2035 does not currently appear to have much substance, adding uncertainty to an automotive industry that is already struggling with external pressures from Brexit and a global decline in sales. It does, however, increase the onus on suppliers and infrastructure providers to charge ahead with product development and network installation. Companies such as TI Fluid Systems offer investors an opportunity to buy into the shift towards electric motors. The removal of the plug-in grant poses a threat to near-term electric vehicle sales. It will, however, help the market identify a more accurate and less artificial level of consumer interest in these vehicles.