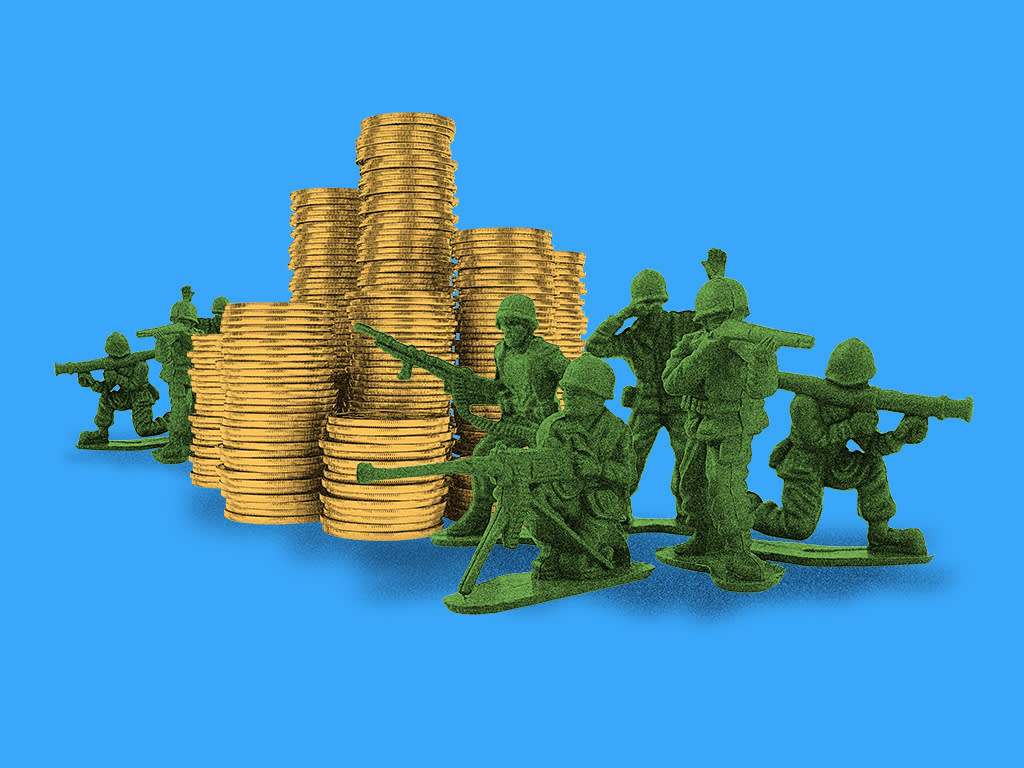 The Big Questions: How can I protect my pension income from the Covid-crash?

While a major health emergency circles the UK, homing in on the elderly and vulnerable, the last thing people need is to fear for their income. But many retired people rely on the dividends provided by their investment portfolios. These dividends are in danger as the coronavirus-crisis puts unpreceded pressure on company cash flows.

The outlook for dividends

We attempt to answer the most pressing questions facing retired Brits who rely on income from their investment portfolios.

Are dividends likely to be cut? Which dividends have already been cut and which are likely to go next? Are any dividends safe?

Plummeting share prices cause pain to portfolios. But for many, the outlook for company dividends is far more frightening.

Are dividends likely to be cut?

Yes - many companies have already announced cuts, suspensions or delays to their dividends as they need to keep the cash to see them through the coronavirus crisis. As swathes of the economy have ground to a halt, entire industries may see their earnings obliterated and many will need all the money they have to keep them afloat.

Marks & Spencer (MKS) has saved £130m by axing its dividend and even Next (NXT), one of the high street’s strongest companies, is considering delaying payments to shareholders.

Housebuilders, which historically have paid attractive yields, are under significant pressure as activity has frozen. Persimmon (PSN), Taylor Wimpey (TW) Travis Perkins (TPK), Crest Nicholson (CRST) and Redrow (RDW) have all axed payouts due this year and more look poised to follow suit.

The sharp fall in the oil price has also brought dividends at oil companies such as Shell (RDSA) and BP (BP) into question. A sustained downturn in economic activity could also weigh on commodity prices which will also increase pressure on mining companies such as Glencore (GLEN).

Pressure on the banks is rising. In the face of a sustained economic downturn, experts think it would be irresponsible of banks to maintain their dividends. Between them, the banks and commodities companies contribute a big proportion of UK dividends, a cut from any of these would have painful repercussions for anyone investors in UK income funds.

Investment platform AJ Bell estimate total dividend cuts in the UK could reach as much as £30bn, based on four months of coronavirus-related business disruption. That's one third of the FTSE 100's projected dividend total for the year.

Which dividends are safe?

The scale of the impact of the coronavirus is still unclear and we cannot be certain that any company will guarantee full dividends. Heavy restrictions putting pressure on businesses mean companies in almost every sector are counting the pennies, and we’ve seen a wave of dividend cuts.

However, some companies are in stronger positions than others. Pharmaceuticals stalwarts such as Glaxosmithkline (GSK) and Astrazeneca (AZN) are large dividend payers and they are likely to be less financially impacted by coronavirus than companies in sectors such as retail and entertainment. Phil Oakley highlights another sector which migt be safe from the dividend carnage in his latest Alpha report.

It’s also plausible that cautious management teams will choose to suspend dividends, even if they can afford to pay them. They could pay a larger dividend later in the year if it turns out they had been too cautious.

Amid the growing corporate crisis, the ordinary income safety net is already starting to fray. Alex Newman runs through the companies which have already cut and those that are most likely to cut next, as well as pointing out the sectors and companies which may be best place to emerge from the carnage with their payouts unscathed.

You can listen to Alex discussing the dividend crisis with John Hughman on this episode of the Companies and Markets show.

This fund can help soften the blow of UK dividend cuts

If you are seeking an income from your investments, now more than ever it is crucial to diversify your sources of it. One way to do this is to hold a global equity income fund which searches across the world for dividends. Leonora Walters thinks she has found a good candidate in this fund. Find out which one in this article.

A dependable investment in bull and bear markets

In the interest of diversification, this US tech giant looks like it is in a good position to maintain its payout throughout the crisis. At the end of 2019, the company was sitting on $55bn of net cash - substantially higher than the annual operating costs.

How should I manage my portfolio while dividends are being cut?

What should I sell to make up the lost stream of income?

Should I hold onto companies that have cut their dividends?

Dividend payments are likely to make up a large portion of many retiree’s income. Managing your pension pot as UK dividends are being slashed is no easy feat.

Pension management guidelines say you should keep at least a year’s worth of cash in your pension - so hopefully you have cash reserves that you can draw down on temporarily. Cash buffers are kept for times of market turbulence - such as now - and you should be able to build it back up when markets recover.

Until then, we hope to provide the answers to your most pressing questions to help you through the carnage.

What should I sell to make up the lost income stream?

If you hold gilts, now might be a good time to sell them as gilt prices have risen since interest rates have been slashed.

Should I hold onto companies that have cut their dividends?

Avoid selling equities if you can. You do not want to be a forced seller and risk having to crystallise a large loss. If you have to sell, you are probably best off selling the holdings that have gone down the least.

Tom Mcphail, head of policy at Hargreaves Lansdown is hopeful that once the coronavirus is contained, markets will see a quick recovery - especially in the dividend space. For example, after the market crash in 2008, although markets took years to recover, dividends payments were back after a year.

“It’s about getting through the next year, rather than trying to source income for three to five years,” he says, adding that he suggests people also try and trim outgoings where possible.

Managing your portfolio during the sell-off can be tricky. We've made some of our best content free to help you during the crisis.

Don't panic and get ready to profit in recovery

It has been hard to avoid the pain of the coronavirus sell-off in the last few weeks and perhaps easy to forget that investing comes with ups as well as downs. But the markets will rise again. During times of severe volatility, poor choices can exacerbate losses, which is why it is crucial to follow a simple set of rules.

In the days following the initial sell-off caused by a mixture of coronavirus jitters and oil price plummets, Phil Oakley provided a comprehensive lesson in how to deal with the crisis.

Dripping money gradually into markets is a safer way to start investing when share prices have seen big falls. There are big opportunities emerging for investors with a sensible strategy to buy investment trusts at a bargain.

Drawing from your pension

How will the coronavirus impact my drawdown plans?

Should I leave my investments alone and switch to using my cash resources instead?

How will the market falls impact my drawdown plan?

You are likely to receive less income than previously, as dividends have been cut. You will probably also need to sell a larger number of shares to receive the value you previously drew, as markets have suffered heavy losses across the board. As a result you might now need to rethink how much you should be drawing down so as not to drain your pot too quickly. For example if you have been drawing down at a rate of 4 or 5 per cent annually, consider how to trim your costs and reduce your drawdown to a lower rate.

If you have a cash buffer in your pension, now is a good time to draw on that as it might tide you over until markets pick up, and you can build it back up at a later date. Avoid selling equities that have suffered large losses if you can, so you do not have to crystallise large losses.

If you have to sell assets, sell the ones that have fallen the least. Gilts would be a good place to start as there is little scope for much further price growth since interest rates are already near rock bottom levels.

But remember things might look very different in six months’ time. As Chris Dillow pointed out in a recent column, markets very often soar in relief when things turn out to be less catastrophic than feared.

Should I leave my investments alone for now and switch to using up all my cash resources instead?

Yes, this is a sensible approach if you have sufficient cash reserves. Cash reserves are in place for times of sharp market falls such as now and you do not want to crystallise large losses unless you have to.

The government has put in place extensive support programmes to support businesses through the coronavirus pandemic so the value of your investments should recover over time. There are other reasons to be optimistic, as the virus appears to have peaked in worst-hit countries such as China and Italy.