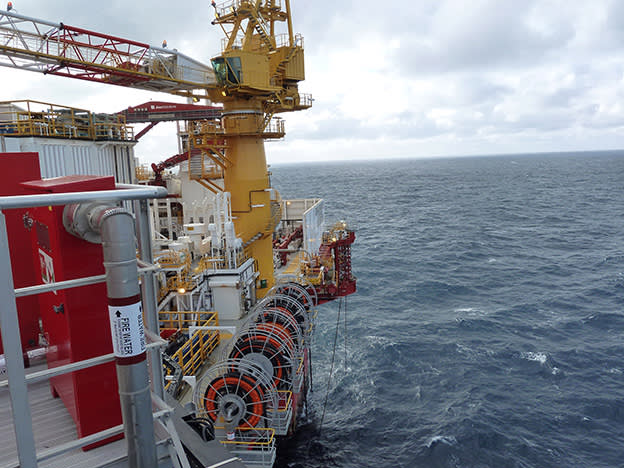 The Big Questions: What is happening to the oil price?

The price of US oil has turned negative for the first time in history. Producers are paying buyers to take oil off their hands over fears that storage capacity could run out in May.

The oil price carnage has brought gleeful Simpsons fans to Twitter to broadcast clips of Homer filling up his car with "free gas" (the ever-current cartoon highlighted the falling oil price in late 2019).

But the repercussions of the crash stretch beyond the cost of filling up your car. Here are seven reasons why the oil price is crashing and why it matters to you.

Brent Crude: The trading classification of light crude oil that serves as one of the two main benchmark prices for purchases of oil worldwide. Brent prices are less subject to storage issues.

Futures Contract: An agreement to buy or sell a certain amount of oil at a particular price on a future date

Organisation of Petroleum Exporting Countries (Opec): A group consisting of 14 of the world's major oil-exporting nations, including Iran, Iraq and Saudi Arabia - three of the five founders

West Texas Intermediate (WTI): The benchmark price of oil in the US

Oil markets are in the middle of a supply and demand shock. In early March, OPEC and its ally Russia failed to agree an extension to production cuts, meaning supply has continued to surge from the key oil producing nations. At the same time, production from the US has leapt to an all time high, driven by increased shale capacity and Donald Trump's focus on 'nationalisation'.

Excess supply alone is problematic. The additional challenges brought on by a major demand shock have exacerbated the fallout. The global lockdown caused by the coronavirus outbreak has severely reduced the world's need for oil: we're not driving, flying or shipping nearly as much as normal.

The world's crude oil is therefore sitting in its barrels not being used - refiners are significantly reducing throughput.

The current price of oil

On Monday 20 April, the price of a barrel of West Texas Intermediate (WTI) - the benchmark price of oil in the US - fell as low as minus $40 (£32) per barrel (bbl). This was the first time in history the oil price had turned negative.

So where do we keep all the oil which is being supplied and not used?

In normal markets, crude oil is stored in tanks owned by energy companies. These companies hold onto excess oil for when demand is high (normally the colder winter months).

But because of oversupply and underdemand, tanks in the US are becoming so full, the energy companies are running out of space. The US Energy Information Administration said last week that storage at Cushing, Oklahoma - the heart of the US pipeline network - was about 72 per cent full.

Oil futures prices are based on contracts signed by traders who agree to buy or sell crude oil at a later date for a pre-agreed fixed price.

Each contract trades for a month, and the May contract expired on Tuesday 21 April. Oil traders who had purchased contracts to buy oil for delivery in May (which is sold in lots of 1,000 barrels) didn’t want to take delivery of the oil and incur storage costs, and therefore paid investors to take it off their hands.

The June contract, with delivery a month away, is trading at around $20 a barrel. The price crash indicates that most storage space has been used and traders are nervous about capacity.

4. What does this mean for consumers?

The crashing price of crude futures isn't going to be immediately reflected in the price drivers pay at the pump. Petrol and diesel prices are likely to drift lower in the US for much of May, but we're not going to be paid to fill up our cars.

Airlines might benefit though. Lower prices will make it cheaper to refuel the planes which are largely empty of passengers while company borders are closed due to the coronavirus lockdown.

5. Which companies are being hurt?

Oil drilling or service companies with exposure to US onshore oil production are likely to be hurt by the low WTI price.

North Sea oil and gas companies are impacted by the fall in Brent crude, although most have hedging programmes in place, meaning they have forward-sold oil at a set price to avoid significant losses from the spot price falling.

London oil and gas companies felt the impact of the price drop, even if not many are directly affected by the negative pricing. Mark Robinson and Alex Hamer examine the price fall and its impact on listed companies in this article.

The WTI crash has had the biggest impact on oil traders and those directly exposed to US oil prices through WTI-linked vehicles like the United States Oil (USO) fund, the largest oil ETF.

Unfortunately, the USO saw inflows of about $1.5bn last week, as US crude prices hit their lowest levels since the early 2000s and investors clamoured to buy in on the (incorrect) hunch that the bottom had been reached. Investing in oil isn't like investing in equities. These are complex vehicles and many retail investors are likely to have been burnt by the crushing blow to the May futures contracts.

Timing a shift in the oil price direction is not easy, even for experts.

7. The outlook for the economy

Although the crash is partly a technical phenomenon, it is likely to presage a much more significant cap on US crude production until domestic demand starts to recover. That doesn't bode well for the dynamics of oil supply and demand which has been on rocky ground for several years, as Mark Robinson explains in his article: A brief history of oil gluts.

The oil futures crash casts a gloomy shadow over the outlook for the economy. Even if lockdowns lift and people start travelling again, the excess supply will take some time to work through. What the energy market is telling us is that demand isn’t coming back any time soon.

"Earlier this month Opec and its allies secured the biggest deal in the history of the oil cartel, ending a price war  which threatened to do irreversible damage to the industry. The question is, with prices once again sinking, will it work, or was it too little, too late?"

In this week's cover feature. Neil Wilson examines the price of oil, how we've got here and what it means for global economics and stock markets.