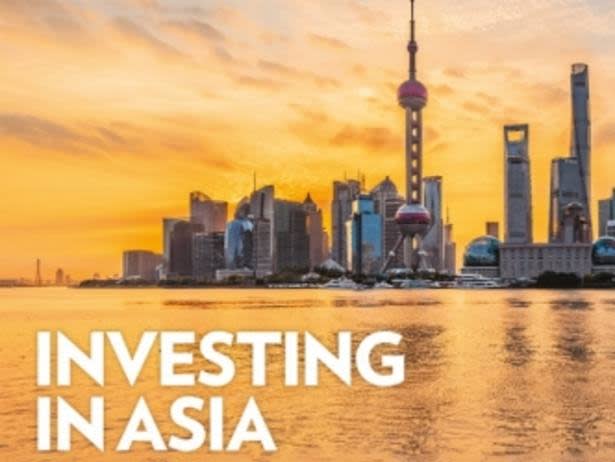 Before Covid-19, Asian economies had already become the engine of global economic growth, driven by a potent mix of rapid urbanisation, technological innovation and ever-improving governance, and in the process unlocking the huge potential of their massive populations.

Click here to watch a recording of the webinar

Without wishing to state the obvious, Asia is huge. Nearly two-thirds of the world’s population live in Asia, some 4.6bn people. More than half of the world's so-called megacities, with populations of over 10m people, are on the continent. And three of the world’s five largest economies are in Asia – China, Japan and India.

According to the World Economic Forum, Asia as a whole is expected to see its GDP grow this year to overtake the rest of the world combined, and by 2030 the continent is expected to contribute 60 per cent of global growth. And importantly it will be the source of a massive new middle class, adding the spending power of another 2.4bn well-off individuals to the global market for goods and services.

It is hardly a surprise that many western businesses have been pivoting their focus to Asia in recent years. In 2019, broader Asian GDP growth far outpaced the west – developed Japan aside which still chugs along in the low single digits, its three largest economies delivered growth well past mid-single digits. And whilst Covid-19 has put the brakes on some of its fastest growing countries, in relative terms developing economies continue to grow far more quickly than their developed counterparts.

Whilst this is partly a virtue of their developing status, and the huge untapped potential within them, it also reflects significant structural reform of financial markets made within these countries since the 1997 Asian Financial Crisis. Asia now accounts for nearly four fifths of the world’s 5000 largest companies and, contrary to established views, are every bit as well run, if not better so, than their Western counterparts.

The same is arguably true of the region’s government and economies. While western governments have floundered in the face of Covid-19 and unleashed economic devastation in their panicked responses, Asia’s well-organised response to the outbreak has left it on a much firmer recovery footing - offering investors a solid foundation for their portfolios at a time of great upheaval.  For all the uncertainty we still face as a consequence of Covid 19, it seems more certain than anything that Asian economies could be the big winners from the crisis.

Indeed, Asia epitomises the so-called megatrends which are increasingly being used to frame how we view how the world is changing and where investors should be allocating their investments. If Asia’s potential is without question, how we tap into it is another matter. For all of the corporate and market progress, buying Asian companies directly remains challenging for Western investors. Nor is Asia free from risks – although Asian countries managed Covid 19 better, we should not forget that the virus also originated in the region and is not the first of its kind.

We should also be ever mindful of the growing, and possibly related, geopolitical tension growing in the region as China looks to exert is dominance not just over its neighbours but in the realm of global politics. We should not underestimate the destabilising impact of its growing trade dispute with the US, and hope that it does not escalate into something worse.

Want to learn more about China and the potential for a new cold war between it and the US? Listen in to our special podcast on the subject.

Managing these risks means using collective investments makes most sense. And among such vehicles, investment trusts have proved a very reliable way to invest in Asia over the years. The expertise behind them may also help investors look past the unease that has frequently put many off of investing in Asia, despite decades of rapid growth which should make the region and its many excellent companies an essential component of every investor’s portfolio.

Click here to watch a recording of the webinar

Five steps to investing in Asia