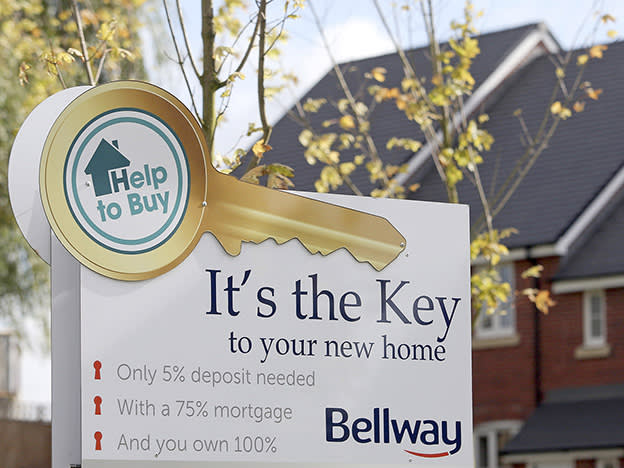 The Big Questions: Should I buy a house now?

In-person house viewings and moves may have been allowed to resume since 13 May, but those searching for a new property are faced with a drastically different set of market circumstances than they were at the start of the year. We have sought to answer some of the key questions on the minds of would-be house buyers.

Could I pick up a bargain?

Data released by Nationwide revealing the highest fall in UK house prices in more than a decade made for startling headlines last month. Indeed, the consensus within the property industry is that house prices will fall this year, although estimates vary significantly - ranging from 13 per cent forecast by the Centre for Economic and Business Research to a more optimistic correction of 3 per cent expected by Knight Frank. During lockdown some buyers managed to negotiate a reduction of between 3 and 6 per cent on their house purchases, said Winkworths (WINK) chief executive Dominic Agace. “Where they tried to push for more than that the sellers didn’t accept it.”

Those selling a property since mid-May have good reason for refusing to be bartered down - house sales agreed during the first week of June were 54 per cent higher than the previous week and 6 per cent up on the same week in 2019, according to data from TwentyCI. “I don’t think sellers are seeing it as a bad time to sell,” said Mr Agace. “People might see it as their opportunity to make their move while there’s a buzz in the market.” What’s more, low interest rates and mortgage repayment holidays are helping prevent those in financial difficulty from being forced to put their house on the market at a cut price.

However, rising unemployment levels - as the government’s furlough scheme comes to an end - could well change that and lead to pressure on sales prices towards the end of the year. Those in the market for a bargain might do better to hold off.

How will new-build prices hold-up?

The UK’s publicly listed housebuilders have said that they have, so far, not had to cut sales prices since lockdown was first imposed at the end of March. Yet it seems likely that developers will have to accept some discount in order to shift units as consumer confidence weakens, the price of new builds tends to fall in periods of economic difficulty.

That said, housebuilders have lower levels of stock on their books than they did immediately after the 2008 financial crisis, which may mean that the extent of any price cuts are more limited. The hiatus in construction and implementation of social distancing measures also means the largest housebuilders are operating at reduced capacity, which Savills forecasts will remain at around 80 per cent of pre-Covid 19 levels for the remainder of the year. That “break in supply” should help balance out the pressure of weaker consumer income on demand, according to Savills (SVS) residential research director, Lawrence Bowles.

Homebuyers will also want to bear in mind the premium attached to new build properties, an average 15-20 per cent higher than equivalent second-hand homes, according to the National Audit Office. Comparing the price you are being asked to per square foot with similar properties on the resale market can give you an idea of the level of premium you are being asked to pay. Nevertheless, it still puts buyers at greater risk of negative equity if there were to be a substantial fall in sales prices.

How are the housebuilders holding up?

Click on the links below to read our full analysis of recent news from housebuilding sector.

Two UK-listed housebuilders are preparing to reopen some construction sites, giving hope of some bounce-back in sales

Post-lockdown, demand among searchers has increased for locations outside major cities with good commuter links, said Mr Agace. “People have realised that they can continue to do their jobs while not working five days a week and being at their desk at 9 o'clock each morning,” he said. But access to greenery is not the only reason the rate of regional house price growth or decline may fluctuate alongside demand in the coming months.

While the factors affecting transaction levels during lockdown and in the immediate weeks after the housing market reopened have been relatively uniform, varying rates of unemployment may restrict the potential bounce-back in prices in certain regions. Savills expects regions with a greater reliance on industries, such as tourism and food service, will experience a slower recovery in house prices in 2021. Conversely, it predicts that sales prices in the North West and South East and East of England will rebound the sharpest next year, growing by 8.5 per cent and 8 per cent, respectively. “Those regions that have a greater weighting of employment towards those more resilient industries, such as professional services and technology, may well recover quicker,” said Mr Bowles.

How easy will it be to get a mortgage?

Many lenders withdrew mortgages with a higher loan-to-value ratio as lockdown took effect, but the range of products on offer has begun to increase in the lsat few weeks. However, some lenders, including Virgin Money and Clydesdale, had to pause new applications for their 90 per cent LTV products following a surge in demand. Nationwide has also announced that from 18 June the maximum LTV it will offer new applicants is 85 per cent, due to uncertainty around future house prices. Physical property valuations are still taking more time and lenders are trying to manage service levels as well as the mix of business within their loan books, said associate director at mortgage brokerage London and Country, David Hollingworth. “A lender won’t want to have a huge level of one type of business so it looks overweight in one area,” Mr Hollingworth added.

The good news is that the cost of borrowing has dropped in most cases, although prices are slightly higher in certain sectors of the market. “For example, as you go up the LTV risk curve towards 90 per cent mortgages, lenders have been able to price accordingly based on the lower levels of supply that currently exist in this sector,” said Mortgage Advice Bureau head of lending, Brian Murphy.

Unsurprisingly, turnaround times for mortgage applications are taking a little longer, particularly in cases where the potential borrower’s incomes and job security has changed, said Mr Murphy. “As a consequence, they may require further documentations in support of an application after initially reviewing what would normally be provided which may add some additional delay to overall turnaround times,” he said.

We have attempted to answer the most pressing questions facing property investors during coronavirus. Become a subscriber to read our analysis of the main challenges facing the real estate, lending and banking markets.

Five questions for the future of the housing market

In late May, the government attempted to kickstart the housing market by allowing property viewings, moves and in-person valuations in England. However, few expect a quick bounce-back in activity. Here are some of the key questions investors should be asking about the future of the property market.

Though each of the five largest banks in the UK remained profitable in the first quarter, they all reported gloomy outlooks. At the time, we asked five questions to help investors navigate the challenges.

The Coronavirus Act ban on private tenant evictions for at least the next three months, and the suspension of all eviction proceedings going through the courts for 90 days, exposed landlords to a new risk of lengthy periods of rental losses.