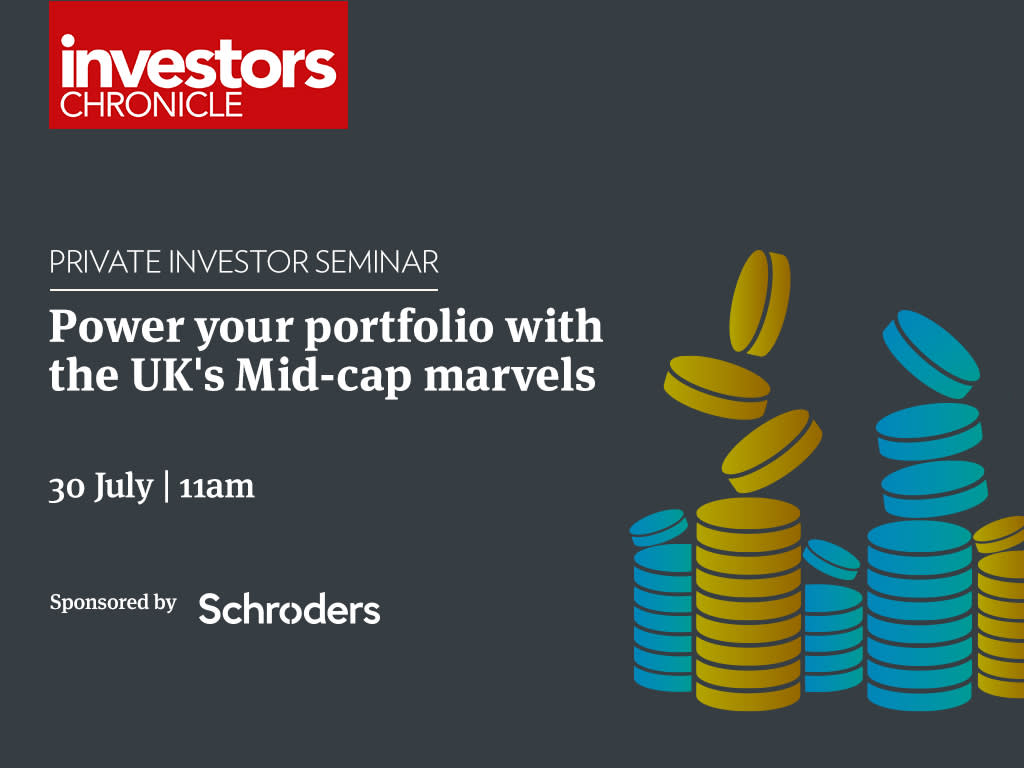 Find out why the UK's mid-sized companies can offer the key to powerful profits.

The FTSE 100 may be home to the London market's biggest companies, but its best performers can often be found further down the market capitalisation scale. In this webinar we'll explain why the UK's mid-sized companies still offer plenty of growth potential, and how you can tap into their strength.

It is fair to say that the Covid-19 pandemic has been an unusual crisis. On the one hand the economic devastation has been plain to see – entire industries shut down for months, millions of workers sat idle at the taxpayer’s expense, many others stuck working at kitchen tables and many firms to scared to bring them back to help stimulate an economic recovery.

On the other, stock market headlines have screamed of record highs, particularly in the tech-heavy markets but also among the so-called ‘lockdown’ winners on many markets who found themselves in the right place at the right time to capitalise on the sudden and dramatic shift in consumer and business behaviour.

In many eyes these businesses, often what may have formerly been described as growth businesses, have come to be seen as the new safe havens, in a way that perhaps blue chips dividend payers would previously been viewed.

The reality, of course, is that stock markets have very much become a story of the haves and have nots. The strong performance of a few big technology and pharmaceutical companies has hidden from view swathes of companies whose Covid-struck shares remain well below their pre-crisis highs.

The pain has been particularly pronounced on London’s blue chip index, the consequence of a lack of ‘Covid winners’ and massive exposure to industries whose fortunes are tied closely to the economic cycle, not least oil & gas, banking and commercial property. While the Nasdaq has been making record highs and the S&P 500 clawing its way back to breakeven for the year, the FTSE 100 remains mired in the doldrums and cleaved of the dividends that many bought into it for.

Head lower into the market, and the picture is similarly stark. Many companies in the FTSE 250 have been subject to the same economic pressures as their blue-chip counterparts, and in many instances their lack of scale has left them in a worse position.

That differential perhaps reflects the relative exposures of the two indices – the FTSE 250 more exposed to the domestic economy and the 100 to international markets. Of course, this generalisation belies the nuances of the FTSE 250, many of whose constituents have been steadily building their international exposure over the years. Indeed, for all of those companies whose prospects have been dimmed recent events, first Brexit and then Covid-19, there are many others whose significant growth potential remains intact.

Picking them out remains the trick though – companies with such potential have not gone unnoticed by investors, and the price of quality – seen as another safe haven in today’s turbulent economy – have been bid up. Indeed, in just the same way that the junior Aim market is described as a stockpickers market, the current backdrop means that now the same is very true of the FTSE 250. Fundamental analysis and discipline remain key to finding the lockdown and post-Brexit winners that will deliver mid cap success.