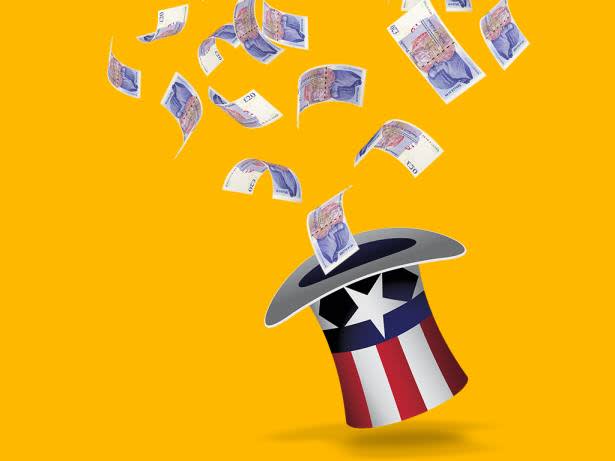 Get a slice of the American pie

As its second quarter reporting season gets underway, we explain why investors can't afford not to ignore the US.

In this IC webinar, we explore the continuing attractions of the US stock markets, home to some of the world's biggest and best companies. We'll be assessing whether its tech-heavy markets can keep rising as Covid-19 and social unrest rages across the country, and what looks set to be a brutal presidential election campaign gets underway.

For the past decade if you have been after the most wholesome returns, then the US markets have been the only game in town.

Of course, it’s true that you could have found great companies in the UK and elsewhere that would have stood your portfolios in good stead. But for all of the hard work you would have had to invest to dig out those rare gems, a simple low-cost investment in an S&P 500 tracker would more than likely have beaten the lot, tripling in value over 10 years.

While for the past few years we have looked at Trump’s America as some kind of dystopian, conservative hell hole, that narrative belies the strength of the US economy, and the depth of the stock markets that serve it and far beyond. US markets are huge. The New York Stock Exchange and NASDAQ are, respectively, the biggest and second biggest exchanges in the world with a total market capitalisation of over $30 trillion between them.

They are home to no fewer than four companies with trillion dollar market caps – Apple, Microsoft, Amazon, and Alphabet. To put that into perspective, Apple alone is worth more than the entire Dax 30; Apple and Microsoft combined are bigger than the FTSE 100.

Nike, a tiddler by comparison, with a market cap of $153bn and the 39th largest company in the S&P 500, would squeak ahead of AstraZeneca to be the biggest company on the London blue chip index. An obvious question is to ask why are American companies so successful. And an obvious answer is that with such a huge domestic market to target, companies can get very big just by selling at home.

But their continued growth internationally suggests something else is at play. I would argue that the secret is culture – the big just want to get bigger, and have often needed to find innovative and adventurous ways to do it and take risks in backing those ideas.

It’s incredible technology industry is perhaps the most top of mind example of America’s corporate hegemony. But the FAANGs are following in the footsteps of many old-world companies that have conquered the world – from Ford to Pfizer to Coca Cola to Visa….the list goes on.

Want to know how to get started investing in the US - read our free educational guide on how to access the world's biggest equity market.

Speaking at the recent Berkshire Hathaway AGM, Warren Buffett also alluded to this special something that will see the US through the current crisis, as it had many times before. “Nothing can basically stop America” he said “the American miracle, the magic, has always prevailed and it will do so again”.

And looking at the performance of US markets throughout the Covid crisis, Mr Buffett appears to have been proved very right. Since the fastest bear market in history, US markets have charged back – the Nasdaq hit a new high in June and has powered further since.

But the Covid crisis is not over yet, and some difficult times may still lie in wait for the US. There is the risk that the damage inflicted by the coronavirus could be deeper and longer lasting than feared, a short term risk Mr Buffett did acknowledge in his interview. There is the reverse possibility that the Covid trade – indiscriminate buying of tech and healthcare and sell everything else - has bid share prices up to levels that even the fastest growing companies can’t live up to.

There is the growing rift with China, and the threat that tariffs and sanctions start to eat into the performance the many American companies who have targeted Chinese markets and embedded suppliers into their supply chains. Untangling $700bn of trade between the two countries can only be disruptive.

And then, and not unrelated, there is the presidential election, which more than ever could have a profound effect on where markets head next. As it stands Joe Biden and the democrats are heading for the White House, and that could mean a regulatory purge of the big technology companies that have led the US market’s very uneven market recovery.

In short, the America remains a land of incredible investor opportunity. But right now investors need to have their wits about them to get to them safely.