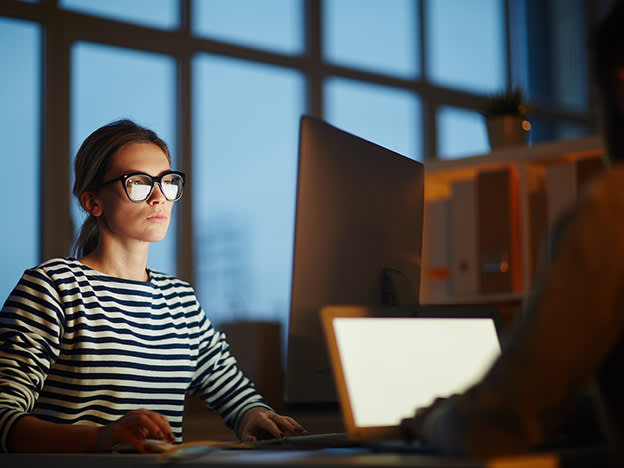 Future plc: Acquisitions add value, but some red flags in the accounts

Future does not look like an acquisitive company about to come a cropper. But there are signs of aggressive accounting, which means investors should tread carefully

Acquisitive companies are rightly treated with suspicion as it is not unheard of them going wrong. Future’s business strategy is increasingly based on buying companies and making them more profitable, but is it one that is hiding bad stuff elsewhere and one that will end in tears? I take a closer look at its numbers to try to find out.

Profit and cash flow growth is the key to improving returns for investors. How a company goes about doing this is very important. Growth from existing assets is best, while growth from buying companies is seen as the worst.

That said, not all acquisitions are bad. Companies such as Bunzl (BNZL), Diploma (DPLM) and Halma (HLMA) have been very good at buying companies and adding value from doing so. Where people start to worry is when acquisitions get more frequent and the money laid out on them increases. If a big acquisition goes wrong then it can be disastrous for a company’s profits and its share price.

Acquisitions also give an opportunity for aggressive accounting in the form of adjustments to asset values that boost future profits. High costs to bed in an acquisition are disclosed as exceptional items which investors are encouraged to ignore, but the profits that are expected to come from them are talked up.

Future is an acquisitive company that arouses suspicion and has been the target of short sellers in the recent past. The suspicion is understandable. With the announcement of last week’s acquisition of GoCo (GOCO), Future will have spent over £1.1bn on acquisitions since 2014 with the latest one more than doubling the size of the company’s invested capital.

To see if investors have anything to worry about with Future, I am going to have a look at the following areas:

The nature of the acquisitions – Do they enhance the quality and growth prospects of the company or expose it to new or increased risks?

Returns on investment and profitability

This is a relatively quick and easy test. Large chunks of goodwill associated with money spent on acquisitions often drags down a company’s ROCE. You need to check this but also look at the returns without goodwill to see how the underlying business assets are performing.

Future scores well here with both ROCE and ROOCE increasing and at very respectable levels. Profits are being turned into free cash flow (more on this shortly) whilst operating margins and free cash flow margins are very high and have been rising. On the face of things there’s a lot to like.

Another thing to look at is the initial return on investment from acquisitions. Buried in the notes in a company’s annual report you will usually find the profits of acquired companies. If you are lucky, companies will sometimes tell you how much an acquired business contributed to profits in a financial year.

What I have done here is to compare the annual profits acquired or made (in the case of TO Media) with the purchase price (enterprise value). As a rule of thumb, a starting return on investment (ROI) of 10 per cent or more is good. 5 per cent or less suggests that it will need a lot of costs savings and growth to make shareholders better off.

As we can see, many acquisitions look ok in this respect. The big acquisitions in recent times of Purch Group, Mo-Na and Smart Brief have the potential to add value with profits growth. TI Media already stacks up well but the revenue trends here need watching.

Go-Co looks quite expensive and will need to deliver growth to pay off. More on this shortly.

An ability of a company to grow from its existing assets is a very good one. It is arguably the main value driver in any business over the long haul. Making acquisitions to make up for weak organic growth is often a red flag for investors.

Again the recent results from Future are broadly reassuring but with one key area of concern.

Future is reporting decent levels of organic growth overall driven by very impressive growth in its Media division. The decline in Magazines reflects a very difficult market environment and does raise questions about the acquisition of TI Medis and whether it can contribute long-term and sustainable profits growth to the business.

If all the profit growth is coming from acquisitions then this may be a cause for concern. Future looks ok on this test which suggests that the integration  of acquisitions has gone well and that organic growth in Media is growing profits as well.

Is the carrying value of goodwill based on reasonable assumptions?

Most of Future’s balance sheet and capital invested is made up of goodwill. The value of it is therefore very important.

If i look at the current ROCE – which includes goodwill – my initial quick conclusion would be that the figure of 18.9 per cent suggests that the value is reasonable. Deducting share based payments of £5.5m off operating profits would bring the ROCE down to 17.8 per cent, but would not change my view on this basis.

Goodwill is tested annually for impairment (loss of value) by comparing its value in used which is based on a discounted value of future cash flows or its resale value. Value in use is very sensitive to cash flow forecasts, the discount rate used to convert them into a present value and the terminal growth rate after the forecast period (Future does 5 year forecasts).

Decreasing the discount rate and increasing the terminal or perpetual growth rate will increase the value of goodwill and mean it won’t have to be impaired. By checking the accounting notes from year to year you can see if a company is being too aggressive here.

There are grounds for thinking that Future is being aggressive and less than prudent here.

The 2020 annual report has not been released yet, but in 2019 the discount rate came down and the growth rate went up on the UK business. This is effectively the same as increasing the valuation multiple on profits (Ebitda in this case) which in a business such as Media looks questionable. The discount rates used are not too unreasonable but the terminal growth rates make a big difference as the bulk of the value will be in the terminal value.

I don’t like to see things like this and it does make you question the attitude to accounting in general of a company.

This is always something that diligent investors should check. Future has changed its amortisation period on magazine and website assets regularly in the past few years.

Now, there is scope to kick up a bit of a fuss about this but I’m not sure it is a sign of anything dodgy going on. The company is spending money on hiring writers to create content and develop its websites which is being expensed rather than capitalised on the balance sheet.

The company runs an asset light model and so does not spend much on capitalising these costs. Whilst the changes in amortisation periods looks a bit suspect, I think the impact on true financial performance is negligible if there is any at all.

Companies that make a lot of acquisitions often spend money integrating them. The problem occurs when the numbers involved are large as a percentage of adjusted operating profits and happen every year which suggests that they are not exceptional.

Up until 2018, I’d say this looked like a problem, but things look better and more acceptable now.

Are profits being turned into free cash flow?

This is the key test of profit quality of any business but you need to take some time to get behind the numbers. Future is turning its net after tax profits into free cash flow, but how it is doing it needs to be understood.

Companies can flatter free cash flow by squeezing working capital which should not be seen as a permanent source of value. This gave Future a boost of £8m in 2019 and just under £4m in 2020.

A major source of free cash flow conversion comes from the fact that Future is paying a lot less in cash taxes than it expenses in its income statement. There are reasons for this. It has benefitted from previous tax losses in its US business and the goodwill made on US acquisitions is tax deductible.

However there are reasons to be concerned about Future’s tax position going forward. Its tax rate on its adjusted pre-tax profits in 2020 was 19.8 per cent. This seems odd for a company which makes the vast majority of its profits in the US at a rate of 28 per cent compared with the UK where it pays a rate of 19 per cent.

The reason for this can be explained by what looks like some quite aggressive profit shifting between the US and UK businesses. Future charges the US business fees for things such as IT, human resources and finance which are based in the UK. This reduces the profits of the US business and boosts the profits in the UK where tax rates are lower.

This is the kind of thing that tech companies such as Amazon (US:AMZN) and Apple (US:AAPL) get a lot of criticism for. Some see it as smart tax planners whilst others see it as aggressive tax avoidance.

In 2019, Future made a £5.6m provision relating to uncertain future tax positions. This transfer pricing is certainty questionable going forward and one that a cash strapped US government could seek to stop.

Is Go-Co a step too far?

There are concerns that Future’s proposed acquisition of Go-Co is not only too big but also takes it away from its core competency of media and increases business risk. This is possible, but if Go-Co grows its profits as analysts currently expect, then Future will make an acceptable return on the money it will pay for it but not a great one.

Future is giving away a reasonable chunk of its business to Go-Co shareholders but the absence of big debt financing limits the risk of the deal making a mess of the company if it goes wrong.