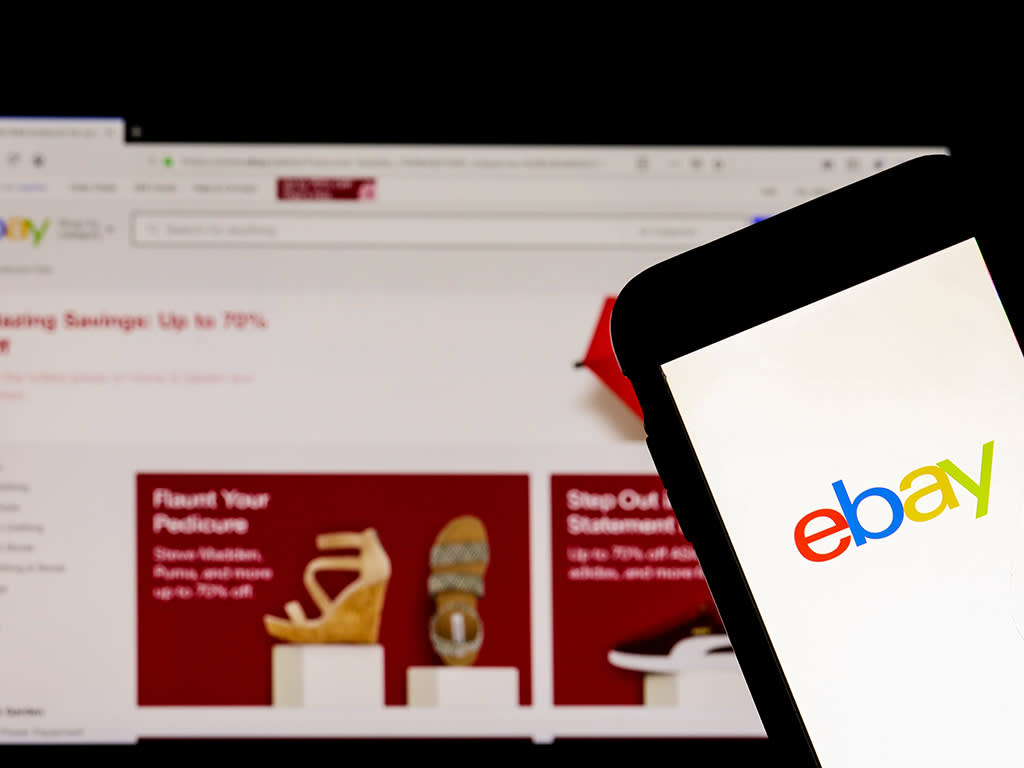 Having sold off the family silver will eBay itself be sold next?

The ecommerce site is a business that faces a lot of challenges but it still has many attractions according to Phil Oakley. The shares are arguably too cheap

eBay (US:EBAY) is a good business albeit one that faces many challenges. It has bowed to the demands of activist shareholders and sold off its best bits. It is now back to where it started 25 years’ ago, but is operating in much less favourable circumstances. Can it stay relevant in the rapidly changing world of e-commerce or will it ultimately have to sell itself to someone else?

eBay is synonymous with buying and selling stuff over the internet. Its online marketplace and auction site has allowed millions of individuals and businesses to trade with each other and has created a very strong brand in the process.

eBay is still a very prominent player in the e-commerce business. It currently has 183m buyers and 19 million sellers across the world. Yet, this is a business that has underachieved and failed to make the best of the strong competitive position it once had.

In order to keep its investors happy it has sold off or spun off some excellent businesses. Paypal (US:PYPL) was demerged in 2015. The Stubhub ticketing business was sold earlier this year and it has recently agreed to sell its classifieds business in return for a lump of cash and a 44 per cent stake in Norewegian company Adevinta.

Now the company is back to being a sole marketplace business and auction site. Despite its shares generating total returns of nearly 40 per cent since the start of 2020, they sell for less than 14 times next year’s forecast earnings.

This looks very cheap for a business that is as profitable and cash generative as eBay, but the stock market rarely gives away free lunches. The modest valuation instead reflects the concerns about eBay’s competitive position and ability to grow its profits in the future.

Are these concerns misplaced or is eBay a classic value trap for investors?

eBay is one of the most well known e-commerce businesses in the world. Its marketplace and online auction site allows millions of buyers and sellers to connect with each other to trade millions of products every year.

Its aim is to give buyers a huge range of choice and availability of goods at bargain prices. For sellers, it gives them the tools to list their stock and offer it for sale. At the heart of this business is the selling of trust, reliability and convenience to buyers and sellers.

The business is a global one but in reality is dominated by four main geographic areas. The US is still its biggest market which accounts for just over 40 per cent of its annual revenues. The other key markets are the US, Germany and South Korea.

The business makes money by taking a fee from its sellers which is based on a percentage of its value (this is known as the take rate). It also makes money from advertising and fees for promoted stock listings. It is also moving its customers over to its Managed Payments service (where it will manage all payments for sellers) and is looking to generate significant revenues and profits from this.

After these costs, there is still plenty of money left over as the business has benefited from its scale and the operating leverage within it. On many closely scrutinised ratios, the company looks very profitable and has the kind of characteristics that would interest many investors.

Profit margins, free cash-flow margins and return on capital all suggest that eBay is a very good business. This all well and good but to be the kind of investment that can compound in value over the long-haul it needs to be capable of sustainable growth and this is when things get a little bit more difficult for eBay.

Can it grow enough?

Covid-19 and the lockdowns that have come with it have delivered a boom for e-commerce companies such as eBay. Sales of things like face masks and hand gels have been huge while there has also been a big benefit from varying degrees of panic buying.

This can be seen very clearly in the trends in the gross merchandise volume (GMV) which approximates the total value of all transactions on eBay’s marketplace.

Before the pandemic, volumes were decreasing only to spike upwards from March this year. This is a temporary piece of good fortune and some analysts and investors are concerned that once life goes back to normal eBay’s growth will become sluggish or even stop.

In the meantime, the company is trying to improve the profitability of its revenues with the aim of improving profit margins over the next couple of years. It is having some success with this as evidenced by the increase in its take rate – its transaction fees as a percentage of the GMV.

eBay’s growth potential is rightly questioned given the weakening of its competitive position in recent years. However, no-one seems to be predicting that its profits are in danger of imminently collapsing.

The strength of Amazon and eBay’s weak economic moat

Amazon’s (US:AMZN) online marketplace may be a source of controversy – there have been allegations that it favours its own listing over those of its third party customers – but there can be no doubting its competitive strength and dominance in the market. It has trounced eBay over the last decade.

Amazon has a far bigger customer reach than eBay and has the financial clout and customer service levels to protect and enhance its competitive position. Marketplace customers can have their orders fulfilled by Amazon with same day or next day delivery which small retailers on eBay cannot yet compete with.

If Amazon wasn’t a big enough headache to eBay, it also faces the problem that barriers to entry into its marketplace business are very low. Small businesses can easily launch their own online store and mobile platform with relatively inexpensive commercially available software or partner with e-commerce companies.

One of these companies is Shopify (US:SHOP) which has been growing rapidly by offering small retailers the ability to sell effectively online very cheaply while helping them manage their business.

Walmart (US:WMT) is also building up its marketplace offer and wooing sellers. Bricks and mortar retailers have also invested significantly in their online business and service levels.

How eBay is trying to fight back

eBay is not giving up the fight and has made some notable improvements to its customer offer. It has set about tackling the problem of counterfeit goods being sold on marketplaces by launching an authentication service for high value items such as watches and collectible sneakers.

It is also partnering with leading brands to sell certified refurbished products with two-year warranties. Sellers are being offered deals with UPS in the US to offer faster and trackable deliveries to improve customer service levels.

The move to Managed Payments where eBay deals with all its customers’ payments should save most sellers’ money while offering a better payment experience for buyers with the addition of options such as Apple Pay and Google Pay.

Considerable investment has been put into optimising search engine algorithms which is having some success in driving increased traffic to eBay’s website.

All these initiatives should give eBay a good chance of delivering revenue growth and improving its take rate. Whether it does so by enough to drive its share price meaningfully higher over the next few years remains to be seen.

eBay is not yet seen as an ex-growth company but more like one that is growing slower than its rivals and losing market share. Wall Street tends not to view these companies favourably.

The one key positive for investors is that the current modest valuation of its shares means that expectations are already pretty low. According to FactSet estimates, transaction volumes and eBay’s take rate are still expected to increase over the next few years which should keep profits growing. This makes eBay something of an outlier amongst many richly valued Nasdaq listed tech stocks.

eBay’s cheap valuation is underpinned by a very profitable and still scalable platform which is still relevant to millions of buyers and sellers. It has enough to attract the interests of a private equity buyer or someone else looking to tap into the potential that its customer base and network offers.

Back in February it was revealed that eBay had received a takeover approach from Intercontinental Exchange (US:ICE), the owner of the New York Stock Exchange. This was something of a surprise but led to the suggestion that it saw eBay as a potential base to launch a financial trading platform for things such as cryptocurrencies.

This leads me to believe that there remains significant potential upside value in eBay shares.