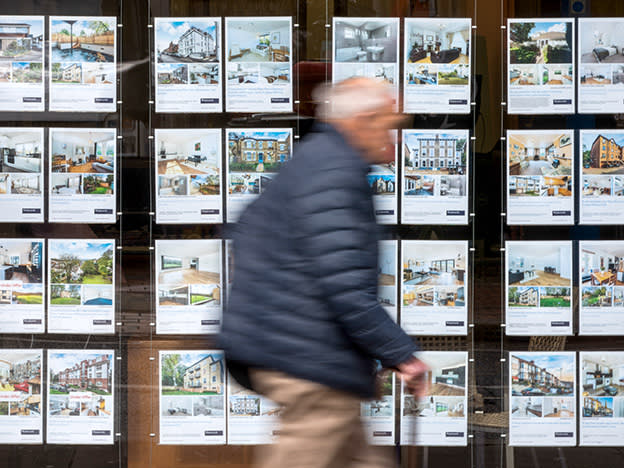 It is easy to see why those seeking to predict the direction of UK house prices post-pandemic might look to the 2008 financial crisis for clues. During the second quarter of 2020, a record quarterly contraction in gross domestic product coincided with a decline in residential transaction volumes not seen since the start of 2009, when lenders pulled up the drawbridge and would-be buyers struggled to gain finance.

The speed and scale of the bounce-back in activity and sales prices since the end of June, has marked one major point of departure from the immediate aftermath of the last financial crisis. Yet there are differences surrounding the two biggest factors governing house prices: the supply/demand balance and credit availability.

The average UK house price fell 15 per cent between January 2008 and May the following year, according to the Office for National Statistics, before returning to growth. The national sales price did not recover to the pre-crash peak until 2012. Amid the fall in prices, lenders – reeling from the surge in toxic debts – rapidly scaled back both mortgage volumes and the loan-to-value (LTV) ratios at which they were prepared to lend.

During the first quarter of 2008, almost 11 per cent of new mortgages were written at an LTV of 90 per cent or more, according to data from the since-renamed Financial Services Authority (FSA). By the end of the following year that had fallen to a post-crisis trough of just 1.5 per cent of new lending.

“The whole 2008 crisis was a lack of liquidity in the market,” says Colliers International head of residential, Andrew White. That lack of credit supply, along with the rise in unemployment, weighed on demand.

At the same time, the strain on household incomes led to a rise in borrowers falling into arrears on their mortgages as more people struggled to keep up with repayments. Between the start of 2008 and the second quarter of 2009, the number of mortgages in arrears of more than 2.5 per cent of the balance had risen by more than two-thirds to 216,400, or just under 2 per cent of outstanding mortgages, according to UK Finance.

The cost of borrowing added to the strain: the month Lehman Brothers crashed, the average UK mortgage interest rate stood at just over 6 per cent, FSA data shows. A rise in forced sellers, set against weakend demand, ultimately weighed on sales prices in the broader market.

Entering the pandemic, the cost of debt has been far less of an issue, even for those that have not taken advantage of a mortgage payment holiday. The average interest rate during the third quarter of 2020 was just 1.94 per cent. Given warnings to lenders to prepare for negative rates over the next six months by the BoE, borrowing rates are unlikely to head north anytime soon.

The flow of credit to mortgage borrowers seems likely to hold-up much better too, which could aid demand. Following post-crisis capital adequacy reform, banks are better able to absorb potential losses than they were over a decade ago. For instance, Royal Bank of Scotland’s (RBS) core tier one equity ratio – tier one capital as a percentage of risk-weighted assets – stood at just 2.9 per cent in 2006. By the end of 2020 that had risen to 16.2 per cent.

That is not to say lenders will not hold onto an element of caution as we emerge from the pandemic. Repossessions – which rose in the wake of the 2008 crisis – may be a politically and reputationally contentious option that given the nature of the current economic situation, seem unlikely to repeat to the same extent this time around.

However, it will not be until after the window for mortgage payment holidays comes to a close in July, that lenders will gain a truer picture of whether they will be forced to incur further impairments. Appetite to write roll-out loan-to-value products at the higher-end of the LTV range could take some time to return. Yet while the anticipated end of the stamp duty break and withdrawal of government support is likely to take some of the steam out of sales price rises, a crash does not seem on the cards.