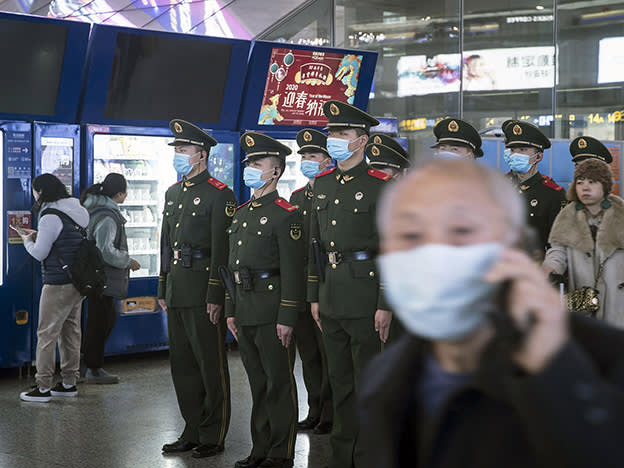 Inflation expectations are rising. They might have to rise a lot more.

One key signal is that bonds are selling off. This month, the five-year breakeven inflation rate – an interest rate spread that acts as a proxy for inflation expectations – hit 2.5 per cent for the first time since the Great Financial Crisis. That has sparked investors to rank inflation as the new number one market risk, according to Bank of America’s closely-watched monthly survey of global asset managers. Step aside Covid-19, there’s a new source of fear in town.

When governments and central banks responded to the onset of the pandemic with extraordinary stimulus measures, some were quick to prophesise a rapid return of inflation. Disruption to supply chains and global food production only added to these fears.

Others were more tempered, arguing that policy measures alone would prove insufficient to force demand back into the economy. And until recently, subdued activity and sky-high aggregate savings rates have largely kept the lid on a rapid overshoot. In a September note of the pandemic’s effects on prices, the International Monetary Fund said it found “no obvious pattern of an upward move in inflation in the next year”.

But is it possible that short-term considerations about supply and demand, pent-up or otherwise, are missing the far bigger point about inflation?

Last year, the British economist Charles Goodhart and former Morgan Stanley banker Manoj Pradhan penned The Great Demographic Reversal: Ageing Societies, Waning Inequality, and an Inflation Revival. The book argues that while government stimulus is one important jigsaw piece, the puzzle mainly concerns two phenomena – globalisation and demography – which are both responsible for years of falling inflation and nominal interest rates and key to understanding what could come next.

The deflationary forces of the past four decades, state Goodhart and Pradhan, can be attributed to themes we know well. One is the trend in so-called advanced economies for falling birth rates, older, less productive populations and the attendant increasing burden on healthcare and pensions.

Coupled with this has been the great economic story of our time – the rise of China – and a mix of political control, abundant resources, rapid technological adoption, flexible and determined labour and youth that has both led to unparalleled domestic growth and acted as a deflationary force on the rest of the world.

This combination, the pair writes, has hurt nominal wages and exacerbated both inequality and social upheaval. Policymakers in the west haven’t so much tamed inflation as surfed two unstoppable waves, racking up debt in the process.

But the narrative could soon shift dramatically. The reversal in the book’s title is largely directed at China, whose economic miracle Goodhart and Pradhan believe has ended. On various measures – including the average age of its citizenry and the proportion of the population of working age – the country's demographic tailwinds are starting to fade.

In short, the engine room of the global economy has maxed out its productive capacity. Africa and its young population are rising, but cannot rival what China has achieved, the economists argue. Longer lives mean the growth in global consumption is set to outpace growth in the labour force, which is inflationary. As labour forces shrink in relative size and globalisation retreats, Goodhart and Pradhan estimate workers’ bargaining power will return after years of declining union membership, bidding up their pay and thereby stoking inflationary pressures higher.

Other knock-on effects, the pair suggest, could be both a fall in inequality and a spike in productivity as measured by output per worker. This will require plenty of equity investment rather than savings, and create all manner of fiscal problems as medical, care and pension costs all increase.

The inevitable question for politicians – and businesses, workers, consumers and investors – is therefore when this conviction call might become a reality. Goodhart and Pradhan think it could be very soon.

“What will happen, as the lockdown gets lifted and recovery ensues, following a period of massive fiscal and monetary expansion?” they ask in the postscript to the book. “As in the aftermath of many wars, [there] will be a surge in inflation, quite likely more than 5 per cent or even in the order of 10 per cent in 2021.”

“The overall impact of the pandemic will be to accelerate the trends we have outlined,” the pair argues. “China will become more inward-looking and less deflationary globally, and inflation itself will rise much faster and earlier than we had anticipated.” Lower for longer? Or higher than anyone expected?

The Great Demographic Reversal: Ageing Societies, Waning Inequality, and an Inflation Revival, by Charles Goodhart and Manoj Pradhan, is published by Palgrave (2020)