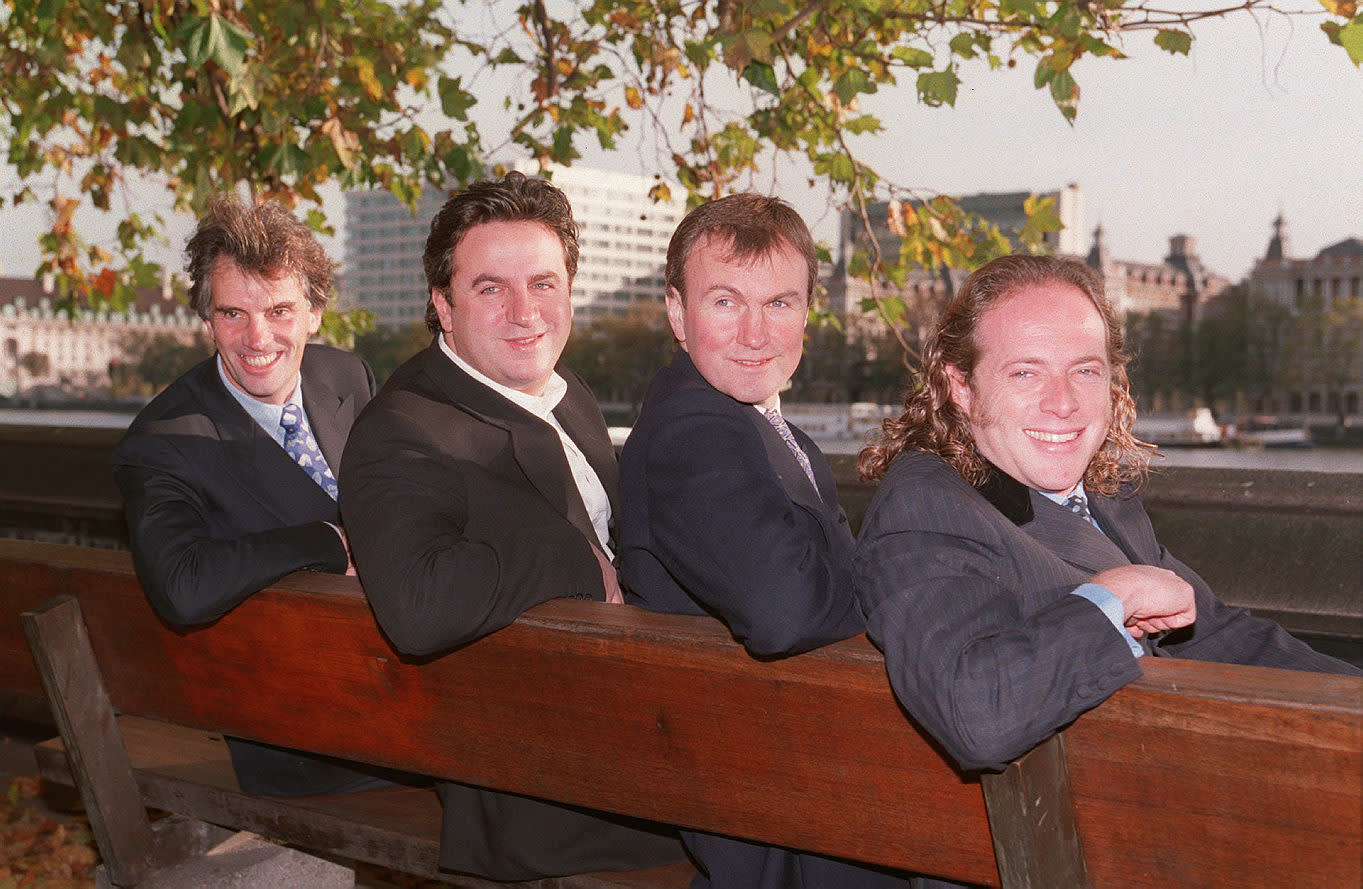 When it comes to the Spacs craze, we've been here before. It didn't end well.

It’s late 1999. The dotcom boom is in full swing. Press shots of a team of management gurus dubbed the “Awesome Foursome” leer out from the business pages (and some front pages) of the nation's broadsheets and tabloids. A shell company called Knutsford is bringing together this shimmering roll-call of talent: retail wonders Julian Richer and Archie Norman and property tycoons Nigel Wray and Nick Leslau.

Seeded with a small pot of cash by the foursome, in a deal valuing the shell company’s shares at 2p, the price of the stock swiftly rockets 2,500 per cent as retail investors scrambled to get a slice of the meagre free float. Why wouldn’t they? Just imagine what magic this management team will weave…

I’m sorry to say, as with most get-rich-quick stories of this ilk, the tale of Knutsford ends in bitter disappointment as well as huge losses for anyone who put faith in the management dream team during the initial rush of excitement, and pretty much any time thereafter.

How Knutsford was expected to achieve its investment alchemy was by using its listing to acquire and turn around a big retail name. It’s a model that has strong resemblances to the special purpose acquisition companies (Spacs) that US investors have gone mad for over the past 12 months. Similarly with Spacs, retail investors went into Knutsford pretty much blind, putting faith in the vehicle pulling off a wonderful deal thanks to its heavy-hitting backers. And as with SPACs, retail investors went into Knutsford on far less-favourable terms than the venture's instigators.

Knutsford was one of many cash shell companies that emerged during the dotcom frenzy. A man named Mike Edelson (also known as the “shellmeister” back in the day) was the Chamath Palihapitiya (also known as the “King of Spacs”) of the time. Albeit Edelson’s efforts were on a much more parochial scale given Palihapitiya’s first six Spacs raised over $4bn.

A former professional footballer and current Manchester United non-executive, Edelson was the mastermind behind several shells backed by business and sporting celebrities. However, Knutsford was his crowning glory; even if the glory was to be very short-lived.

The company itself was named after a well-healed Cheshire commuter town in Edelson’s neck of the woods. The thing that really distinguished Knutsford from all the other shell companies was its glittering management line-up along with the extent to which investors went utterly nuts (for want of a better phrase) for the shares.

It all got started with the Awesome Foursome taking control of 90 per cent of the shell that had been created from a listed, Edelson-controlled leather goods firm. This was done through a deal struck at 2p that saw the foursome’s own investment vehicle reverse into the company’s listing.

The main asset being injected into the shell was “talent”. Indeed, after the reverse takeover Knutsford had less than £6m cash to go about its deal-doing. No problem, the shares, which hit 270p at the peak, were golden. By issuing new shares the shell would pay for its wonderful acquisition – in theory at least.

Speculation was rife that a massive deal was in the offing. Indeed, among the corporate beasts in the frame was none less than Marks & Spencer – the company at this time being a very credible blue-chip rather than the out-of-step retailer it is commonly perceived to be today.

But Knutsford's punchline – although shareholders weren’t laughing – was the deal it eventually managed to bag. With intense competition among shell companies and a market battered by the dotcom fallout, Knutsford unveiled plans in mid 2000 to buy WILink.com.

Never heard of it? Not many people had at the time of the deal either. The business specialised in electronic ordering of annual reports. At the turn of the millennium this was arguably a somewhat high-tech but hardly mind-blowing activity. In other words, a total damp squib.

Loading up with £15.7m (although only £13.3m after costs) through the sale of new shares at 10p, Knutsford bought WILink.com.

By early 2001 the share price was down 99 per cent from its heady 1999 peak at 3p and Knutsford, now renamed WILink.com, was writing to any shareholder with fewer than 3,000 shares to suggest they throw in the towel by donating the holding to charity. A motivation behind these letters was to save on the cost of sending out so many annual reports to small retail shareholders – ironic given distribution of such reports was the line of work WILink was in.

Ultimately, the end to this ignominious tale for shareholders was that the company was taken private again in 2006. Accounting for a 250-to-1 share consolidation, the buyout price was equivalent to 1.2p a share.

A cautionary tale, yes. However, shell companies from the turn of the millennium were not all wash-outs. Engineering turnaround specialist Melrose is one example of a shell that came good. But one of the very few.

When it comes to drawing parallels with Spacs, there are differences. The dotcom boom shell companies craze generally created vehicles from the carcasses of already listed businesses. Spacs are created and floated as acquisition vehicles, which tends to mean they are far better capitalised. The scale is also far grander, with fundraisings this year already topping the record $79.3bn raised in 2020.

There is also a time limit in which Spacs must do a deal or return cash to shareholders. The focus of Spacs is far more focused on IPOs; tempting some of those racy tech companies into public listings without so much inconvenient bureaucracy or disclosure. And the focus is on the star investor talent that can be recruited as “sponsors” of Spacs rather than the star management names shell companies sought to sign up as directors.

However, despite the differences, there are themes echoing down the ages: the razzmatazz; retail investors putting blind faith in 'talent'; the limited pre-deal scrutiny of acquired companies; the ability for 'talent' to get rich even as retail investors get poor; and the pressing need for so many vehicles to find deals – such buyers are rarely price-sensitive.

Hopefully, the quality control on acquisitions will be better in this particular boom. But the recent calamity of Spac floats such as Nikola Motors (US:NKLA) suggest investors should exercise caution. As too does the track record of Spac investments in the US. These vehicles have been around for a long time before their recent explosion in popularity. Generally, they have delivered investors losses.