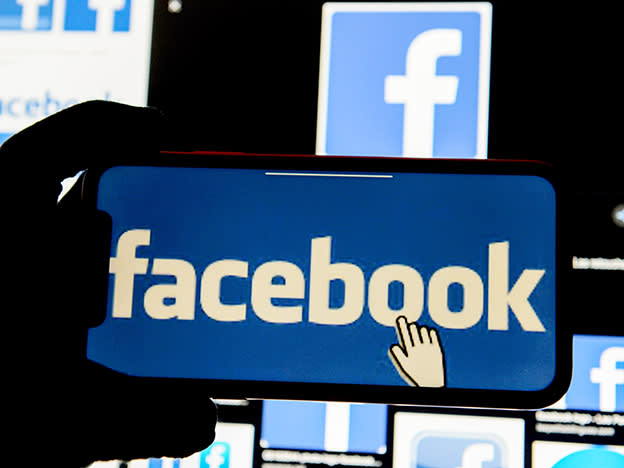 Facebook shares face a wall of worry but arguably look cheap if inflation stays away.

Recent results suggest that Facebook has never been in better health but dark clouds hang over the company which makes weighing up its future prospects hard to do.

Facebook (US:FB) is a company which divides opinion. To many it is an outstanding business that has created a position of dominance that has become very difficult to match. This comes with handsome and growing profits on top. It's the kind of business that attracts quality growth investors who look for shares that can compound in value over the long term and create huge amounts of wealth.

Since its flotation in 2012, there can be no doubt that its shares have done that job. Its performance since the March lows of last year has also been stellar.

But to its detractors, its dominance is a big red flag; a warning sign that perhaps it has become too big for its own good. At the moment, it seems that there is not a day that goes by without a story in the financial media about how Facebook is battling with governments, companies and regulators who are scrutinising its business model. Consequently, there are legitimate concerns that it may become a lot harder for Facebook to make money in the future than it has been in the past.

Facebook is one of the best and most successful examples of what people call the “network effect” where something becomes more valuable the more people that use it. The Facebook online community has become so vast that the company reckons that 2.8 billion people are using one of its products on a monthly basis.

Facebook now offers a lot more than a way for people to connect with each other and share photos, videos and opinions. Along with Google, Facebook has become so essential for online digital advertising that many companies now feel that they cannot afford not to advertise on the site and its apps. The addition of an online marketplace has been a great success in helping companies to sell more stuff.

The WhatsApp messaging service and the Instagram photo and video sharing platform – acquired in 2014 and 2012 respectively – have been a key driver of Facebook’s growth in recent years. They have also led to Facebook being accused of poor innovation and being afraid of competition by buying out those that threaten its position – a common tactic by large dominant businesses.

Just over 97 per cent of the company’s revenue comes from advertising income. There are steps to change this with investment into things such as virtual reality products. The company’s partnership with Oculus has led to the creation of the Quest and Quest 2 virtual reality headset which is well regarded in its market. However,It is not yet producing the kind of incremental income that will create a step change in the company’s futures revenues and profits.

There can be no doubt that Facebook’s appeal to its users and the pull it has with advertisers has allowed it to produce some very impressive financial results.

If you look at its margins and return on capital then you can see that Facebook scores very highly on key financial measures. It stacks up very well as a high quality business although its ability to turn its profits into free cash flow has not been as good recently as investment in the business has been stepped up.

Its cash balances have grown despite spending over $25bn (£17.7bn) on share buybacks since 2017. That said, these buybacks have barely reduced the number of shares in issue due to the large amounts of share payments made to employees.

Dig a bit deeper into Facebook’s revenue drivers and you can see things to admire and things that might give cause for concern.

It has been good at getting more people to use its websites and apps with the bulk of the growth in recent years coming from Asia-Pacific and the rest of the world. The popularity of Facebook in its home US market appears to have peaked, whereas growth in Europe has been quite modest.

Numbers are all well and good but it is how much money that can be made from them which is what really matters. Here the picture is mixed.

There is a very big difference between how much a user in the US contributes in (mainly) advertising revenue and one in Asia. Last year the average US & Canadian Facebook user brought in over $53 of revenue compared with just $4 in Asia-Pacific. So while Asia is the main driver of Facebook user growth each new user brings very little additional income into the coffers.

The growth in ARPU in the US is nothing short of astonishing. It can be seen as evidence of a company with tremendous pricing power which is something that a lot of investors look for in a business. The big question is: Can it last?

Facebook has been a huge beneficiary of the continued shift towards digital advertising that has been accelerated by the Covid-19 pandemic. This trend arguably has some way to go, particularly as live TV viewing, a traditional source of advertising continues to decline.

To prosper, Facebook needs to keep its users engaged and staying on its platforms so that advertisers continue to spend money with it. Everything looks healthy at the moment in this respect given the company’s very strong performance so far in 2021, but on closer inspection there are grounds for concern.

Facebook’s stellar advertising growth was driven by a 12 per cent increase in the number of advert impressions but also by a whopping 30 per cent increase in price per advert. The company has said that revenues for the rest of 2021 will be mainly driven by price rather than volume. This begs the question as to whether Facebook’s engagement with users is going a little flat. There’s certainly a lot of competition for eyeballs on the internet. It’s also true that you cannot go on milking your customers for too long before they start to get upset or it attracts the interest of competition authorities.

Talk to teenagers and they will tell you that while they have Instagram accounts, they are also spending a lot of time on TikTok and Snapchat. Youtube’s popularity is still very high and now offers a subscription option which removes adverts completely. Facebook faces a big fight to stay relevant.

Privacy is also a growing concern. People have woken up to the fact that Facebook and its products are free to use because they, the customers, are the product. By handing over their data to Facebook they have given it the ability to create huge amounts of profits from personalised adverts. There is a backlash against this which is only likely to get stronger.

A recent change in privacy terms and conditions at WhatsApp led to a surge in people ditching the service whilst increased regulation means that moving user data from Europe to the US so that it can be monetised is going to get more difficult.

Facebook’s key offer to advertisers and arguably its key source of competitive advantage is its ability to facilitate personalised adverts. A big spanner in the works comes from Apple’s IOS 14 operating system used on iPhones and iPads. This stops apps such as Facebook tracking its users and collecting personal data from them. It could potentially limit Facebook’s ability to grow its advertising.

At the moment Facebook claims not to be worried about this. It reckons that it can redesign its advertising technology so that it can still offer personalised advertising capability. This will take time to do and undoubtedly presents a stiff short-term headwind for the company to operate in.

Elsewhere, the company remains bullish that it can continue to grow its Marketplace and Shops business on its Facebook site. It wants to enable creative businesses to grow more easily on the internet by making it easier for them to take subscriptions, tips and to give product recommendations. Facebook is someway behind the competition here as the likes of eBay, Shopify and Amazon are already doing some or all of this.

There is also still plenty of potential to grow advertising revenues from its Messenger and WhatsApp services.

Facebook’s Marketplace business is also the subject of regulatory investigations across the world into how it uses and protects its users’ data. There are concerns that it uses it in an anticompetitive way to squash its rivals.

There is also growing political scrutiny of the content on its sites. These range from concerns regarding online abuse, extremist views and what arguably amounts to censorship of views it does not agree with. This threatens to tarnish its reputation and reduce its appeal with advertisers.

What will come of this is anyone’s guess. The company could be fined whereas there is even talk of breaking the company up by forcing it to sell off WhatsApp or Instagram – a problem considering these two platforms still offer a good source of advertising growth. Whether Facebook is worth more or less as it is or broken up would be an interesting analytical exercise.

Yet, despite all these concerns, Facebook’s shares have yet to experience any great deal of pain. The shares have significantly underperformed those of Google owner Alphabet in 2021 but have still marginally outperformed the S&P 500 as a whole in price terms.

Wall Street analysts remain almost universally bullish on the shares with many arguing that they are seriously undervalued given its potential profit growth and cash generation. Of the analysts covered by FactSet 86 per cent rates the shares a buy or overweight with an average price target of $388 compared with the $306 at the time of writing.

The shares trade on a one year rolling forecast PE of 22.2 times which falls to 20 times if the company’s cash balances are stripped out. For a company that is predicted to grow its earnings in the high teens percentages over the next few years that looks very compelling compared with the valuation of other tech stocks.

If Facebook can ride the wave of worry that it is currently facing up to then there are strong grounds for saying the shares are cheap if you ignore the current concerns on inflation and the lower valuations that would come if there was a prolonged spike in it.

The bearish views on Facebook are not to be idly dismissed but how many companies - especially small and medium sized ones – are prepared to give up on it right now? My guess is not too many and it is this kind of stickiness that is still a source of immense value.