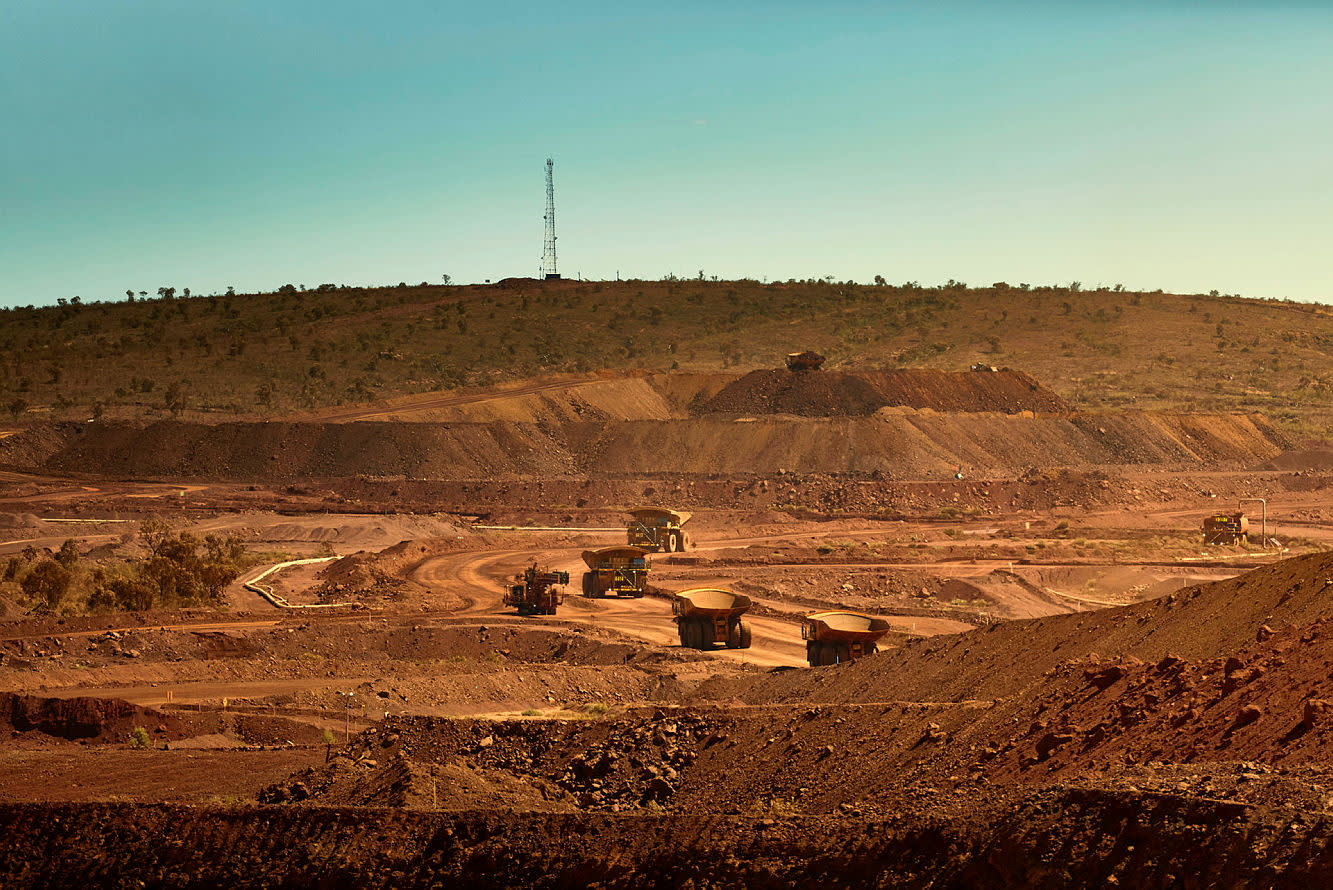 Why is Australia the Lucky Country?

The UK is renewing its traditional ties with Australia with a post-Brexit trade deal, prompting the question: why has the country’s stock market punched above its weight since 1900?

A post-Brexit free trade deal with Australia has conjured nostalgic thoughts for some at the end of a long, sometimes traumatic separation from the EU. While we might be able to look forward to cheaper Aussie wine in the long term, the more interesting question for investors is why Australia’s stock market is officially ranked as the best-performing since 1900 – outpacing that of every other major economy. Not bad for a country with a harsh climate and the world’s biggest collection of venomous animals.

The announcement of the trade deal was the cue for much anguish from Britain’s farming lobby. Speaking on Radio 4's Today Programme, Wales' first minister Mark Drakeford noted the countries' size difference as an especially pressing problem: "How can our hill farmers compete with the space that is available for the huge farms that they have in Australia," he said.

But, unsurprisingly, the true picture is considerably more nuanced. UK farming is moving rapidly towards a “payment for stewardship” system, where farmers are provided with financial incentives to look after the natural environment. Meanwhile, a local-produce obsession and a general trend away from eating large amounts of red meat in the developed world is likely to have more lasting impact on the industry than importing a few more frozen steaks from New South Wales.

Australia always had a close relationship with Britain in economic terms. Indeed, until the UK joined the old Common Market in 1973 and tariff barriers were erected, Australian apples, grapes, spring lamb and beef were key staples in supermarkets. Fiona Simpson, president of the National Farmers Federation in Australia, puts it bluntly: "We hope to re-establish a very strong trade relationship with the UK," she said after the announcement of the trade deal, "which of course we had before the UK joined the EU."

But ties between the UK and the 'lucky country' didn't disappear during the EU years. In addition to the Shiraz on your dining table, it is highly likely that the gold wedding ring on your finger and the iron ore in just about everything else comes from Down Under via one route or another.

According to Credit Suisse’s annual yearbook, the abundance of natural resources explains at least part of Australia’s overall success and cursory viewing of the strangely addictive TV program Outback Opal Hunters confirms this.

Mining and base materials naturally play a big role in the stock exchange: out of 2,048 companies listed on the exchange, 693 are mining companies. BHP (ASX: BHP) and Rio Tinto (ASX: RIO) are the best-known of the Australian miners, but there are still a further 45 Australian mining companies that have a market cap of greater than A$1bn (£550m) listed on the exchange. When the price of commodities is high, then the Australian stock market booms. By one measure, the market’s compounded annual return since 1900 has been a whopping 13.2 per cent, easily beating the S&P 500 into second place and is clearly linked to the country’s blessed geology and China’s insatiable appetite for raw materials. Market Index has a full table of returns here.

The ability to dig dollars out of the ground, or grow them in giant expanses, allows a country with a mid-sized economy to earn an abundance of export dollars and maintain a significant surplus in its foreign currency account, which can then be used to cover its overall imports.

Conversely, Australia has suffered terribly when commodities prices are depressed. In the 1930s, after the botched move back to the Gold Standard, the Great Depression hit Australia hard and led to a whole generation of young men, many of whom were traumatised First World War veterans, wandering the Outback for years chasing itinerant work on farms or in mines.

And there have been other great recessions. For instance, in the aftermath of the Vietnam war, America’s demand for the commodities essential for war production such as nickel, zinc and copper fell dramatically, triggering a huge slump in what had been a major bubble in Aussie mining stocks. The Poseidon mining company – extensively covered by the Investors' Chronicle in 1970 – is a perfect example: the shares opened trading at 80c a share and peaked 12 months later at $280 before tanking. The episode exposed so many weaknesses in Australian corporate governance and stock market regulation that the entire system had to be reformed so that confidence could be restored. Unfortunately, the end of the Vietnam war also coincided with the UK entering the Common Market and so cutting off many Australian producers from their single biggest customer. The 1970s were not happy years.

Australia and the Argentine paradox

One of the biggest mysteries behind Australia’s success over the past 120 years is why Argentina, by contrast, has done so badly since 1900. Both countries started the 20th century on roughly level-pegging in economic terms. If anything, Argentina was the richer country, ranked seventh in the world by gross domestic product (GDP) at the time. Both are characterised by similar waves of European immigration and an abundance of natural resources. Argentina stayed out of both world wars and made a packet selling raw materials to the belligerent powers: on paper, they should be at least equal.

However, these days equal is not quite the right description. The Argentine economy languishes at 44th in the world with a GDP of $9,912 per person. Australia, by contrast, sits at 12th with a GDP of $62,728. Even when adjusted for weight of population, Australia still comes out on top with GDP of over $34,000.

So why is this? There are various theories. Immigration policy is touted as one possibility. Argentina accepted waves of migration well into the post-war era. By contrast, Australia has managed its immigration policy well since the 1950s, ensuring migrants contribute to the economy. The effect of this is that the 30 per cent of residents who were born outside Australia as of 2019 have brought desired skills into the country, thus keeping labour expensive and encouraging employers and workers to develop greater levels of efficiency and skills to drive economic growth.

The ultimate example, perhaps, of necessity being the mother of invention.