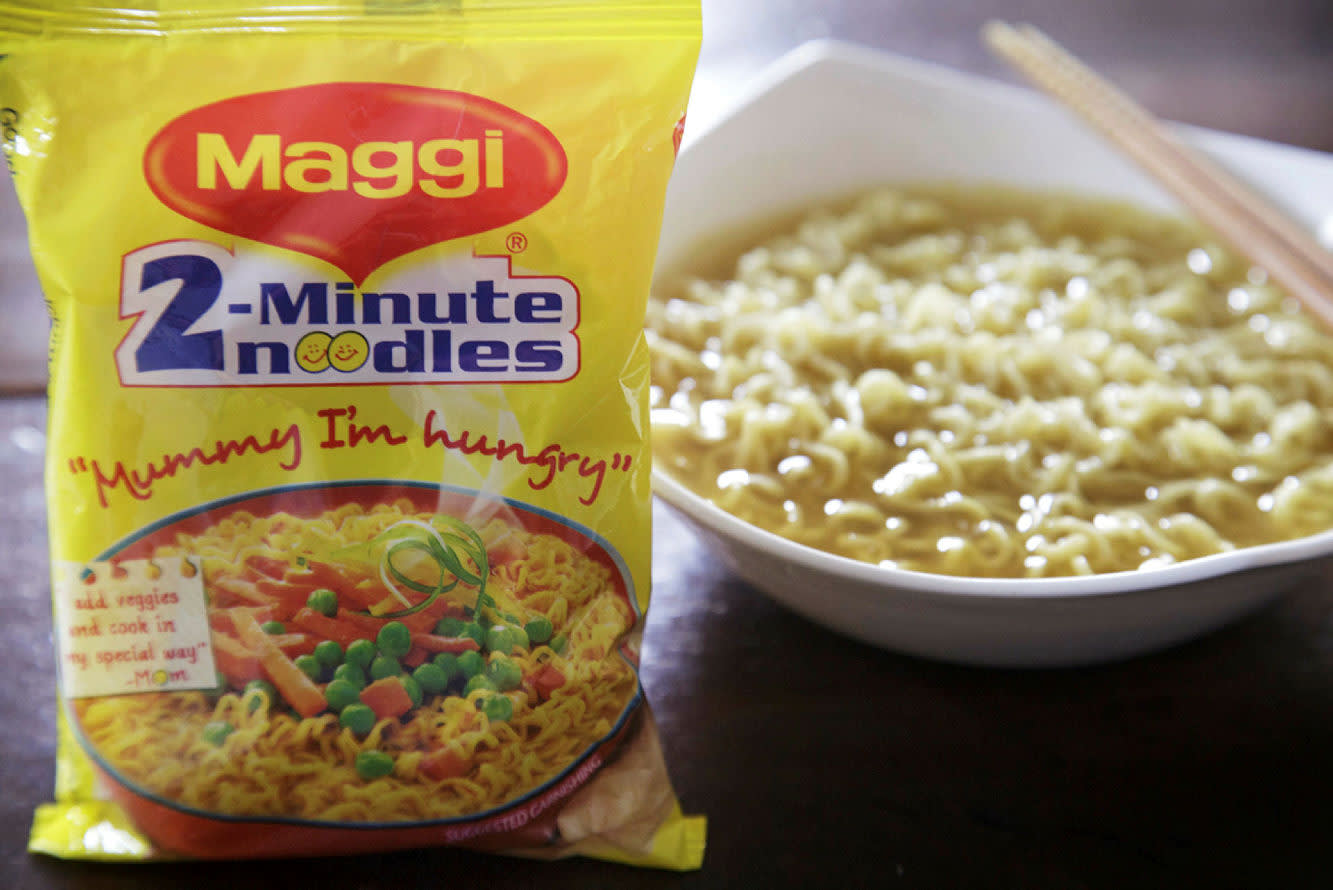 To what extent does Nestle’s poor health impact its performance?

Nestle (CH:NESN) is no stranger to poor publicity. In the 1990s it faced backlash for the aggressive marketing of its baby formula in sub-Saharan Africa, the 2000s brought scandal around labour rights on cocoa plantations, and in the 2010s it was named as one of the world’s most prolific plastic polluters.

This decade another scandal is brewing – one centered around the sale of sugar-heavy food and drink and its impact on the weight of the populations of the 186 nations in which Nestle sells goods. High-sugar products have gained particular prominence in the wake of the Covid-19 pandemic, as the virus had an outsized impact on obese populations.

And so to head off any unwanted or unexpected press, Nestle executives have investigated the company’s portfolio and found that the majority of its food and drink products fall below an internationally recognised ‘healthy’ threshold. The investigation – presented exclusively to senior executives at the company – has found its way into the the hands of the Financial Times and now questions are flying: will Nestle sharpen up its act for the sake of the waistline and medical budget of its customers?; and, if it does, what impact might this have on the health of the company’s profits?

Health shift too long in the making?

Investors perhaps shouldn’t be surprised that the company has drawn attention to its health flaws. When medical industry veteran Mark Schneider was appointed chief executive in 2017, his agenda was to sharpen up the portfolio in the face of rising competition from innovative, health-conscious new products. In 2016, the year before Schneider was made chief executive, small brands – many of which focused on low sugar or environmental consciousness – contributed the majority of the growth of the food and drink industry. In the same year, Nestle’s sales fell 5 per cent.

In fact, the company had been struggling for many years before Schneider joined the fold: “Nestlé and other global players have left smaller competitors to grow for too long before reacting,” said Jean-Philippe Bertschy, an analyst at Vontobel bank in early 2018. Between 2012 and 2017, group sales fell from CHF92.2bn (£72.6bn) to CHF89.8bn, while operating profit margins fluctuated around 16 per cent.

But change has come rapidly. Frozen pizzas were removed from the Italian business in 2017, the US confectionery business was sold to Fererro in 2018, 2019 saw the group sell a 60 per cent stake in the Herta cold-cuts brand and last year the company disposed of its Chinese peanut milk business. Meanwhile, Nestle has brought personalised nutrition, protein supplements and immune system boosters into the fold. Schneider is now presiding over a portfolio which is 18 per cent different to the one he inherited.

And the portfolio shift has been reflected positively in financial results. By 2019, sales had jumped back over the CHF92bn mark and, after excluding acquisitions and disposals, revenues have risen at a growing rate in each one of the past four years. Importantly, that revenue growth is of high quality as the majority has come from higher volumes of goods sold, rather than price inflation.

Portfolio rotation to date has largely taken place on the periphery of group sales. The 60 per cent stake in Herta Charcuterie was a minor contributor to revenues and even the US confectionary business only generated CHF900m in 2016 (1 per cent of the top line) – the year before its disposal.

But now, with the recent investigation suggesting that the focus on well-being has not gone far enough, pressure may begin to mount on more significant revenue contributors and parts of the business which have received major investment in recent years. For example, the investigation found just 60 per cent of milk products and ice cream brands (CHF11bn in 2020) hit the 3.5-star rating which is used as a “recognised definition of health”. Ice cream in particular has been a hugely important product since the company spun out its US brands into a joint venture known as Froneri. In the first three months of 2021, the division contributed 16 per cent revenue growth.

Powdered liquids and beverages (CHF22.2bn in 2020) including key heritage brands such as Nesquik, have also raised a red flag. Exclude coffee, and 96 per cent of the products were deemed unhealthy by the investigation. Nesquik is an internationally recognised brand, but it has an especially important footprint in the US, where it is marketed as “perfect at breakfast to get kids ready for the day” – a closer look at the ingredients shows that it has 14g of sugar in a 14g serving?????.

Consumers have reacted with particular disgust to the fact that 18 per cent of the products in the water business don’t meet the healthy threshold, including the San Pellegrino range of soft drinks, marketed as “tastefully light” with “16 per cent juice”. Water too has been a key strategic area of investment in recent years. Acquisitions include Nuun and Essentia which claim to aid ‘functional hydration’.

And even the company’s focus on health products is ruffling a few feathers. This is a company that makes the majority of its money from sugary and fatty products, argue health campaigners, it should not then also be profiting from restorative medicines and health products – stop selling the bad goods and the world won’t need medicines for obesity.

It’s not an unfair argument, but it won’t carry much weight at Nestle which has a 155-year history of making products and crafting marketing campaigns which match what consumers want. That longevity means this is a company with well-embedded supply chains and economies of scale which campaigners will find tough to upend. Nestle’s dominance looks set to continue.

But as for growth? Should investors continue to expect strong improvements in revenue and operating margins?

Quite possibly. Although research and development expenditure has remained relatively low as the company looks for acquisition opportunities rather than internal product development (R&D as a percentage of revenues has remained resolutely under 2 per cent since 2011), capital expenditure is impressive. The company has spent an average of 30 per cent of its operating cash flows on capital expenditure in the past five years as it invests in global factory expansion. Streamlined manufacturing and a global supply chain which is now being helped by blockchain technology should help the company continue to report impressive growth and margin expansion in the the coming years.

And hidden below the fast moving peripheral portfolio is a core suite of highly cash generative products. The wide-ranging Purina pet care brand, for example, which is the leading pet food manufacturer in most global markets. The coffee business, spearheaded by the Nescafe brand, also continues to grow year-on-year. The division’s CHf7bn tie-up with Starbucks (US: SBUX) provides access to the out-of-home discretionary food market - a handy additional sales vertical in challenging economic times.

As for new product investment, the trends of modern consumers could in fact play into Nestle’s favour. Vegan alternatives to dairy require far more manufacturing than simple milk products and then many of those vegans will need protein supplements – a field of the market that Nestle is increasingly buying into.

And branding matters far more to vegan milks than it does to dairy. Oatly (US: OTLY) - the plant milk maker backed by Oprah Winfrey which raised $1.4bn at its recent IPO to gain a market capitalisation of over $13bn - has taken a small Cambridgeshire based farm to court over an alleged trademark infringement. Lawyers for the US giant are attempting to stop Glebe Farm Foods selling its PureOaty brand of oat milk. If branding and marketing are becoming increasingly important, Nestle - whose marketing expenditure has averaged 20 per cent of annual sales in the last five years - looks to be in fine standing.

A brand with the right story seems crucial to the future of food - low-sugar versions of popular snacks just don’t cut it which is why the company has decided to axe its range of ‘healthy’ chocolate which was launched less than two years ago. Like many of the world’s major food producers, the company is walking a fine line between healthy eating and familiar indulgence. That is why both KitKat and Garden Gourmet plant-based burgers contributed strongly to the growth reported in recent quarterly results. As long as Nestle keeps investing in health-focused products that consumers actually want, while playing a strong PR game, investors should continue to remain satisfied.