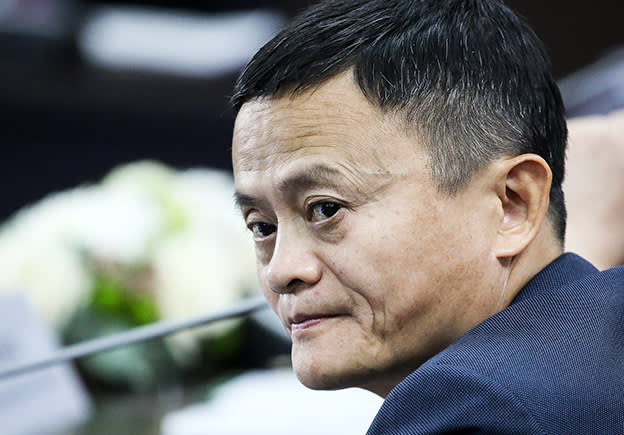 Why we should all pay attention to the Alibaba Story

A history of the house that Jack built

Entrepreneur Duncan Clark met Jack Ma in 1999 at a party in his small apartment in Hangzhou alongside 17 of his friends, a gathering at which the ex-English teacher famously came up with the concept for his company. In 2014, Alibaba (US:BABA) listed on the New York Stock Exchange and became the largest initial public offering ever.

Clark worked as an early adviser to Alibaba and after two decades in China is now an expert on the internet’s impact on the country.

His ode to Ma, Alibaba: The House that Jack Built, was published in 2016. The book follows the history of Alibaba itself. Following the 2008 financial crisis, the Chinese economy needed to rebalance towards consumption, and Alibaba was set to benefit. China’s e-commerce market boom is largely the result of the burden of real estate on traditional retailers. Land is extremely expensive because it is a crucial source of government income, accounting for a quarter of its fiscal revenue. This has caused there to be little investment in marketing, customer service, HR and logistics within retail, making it an extremely fragmented market: the perfect site for the welded services of Alibaba.

Most Brits will not encounter Alibaba in their day-to-day life. Unlike Amazon (US:AMZN) or Google, its search bar is not one we frequent on a daily (or sometimes hourly) basis. For this reason, it will take investors a little more research to comprehend the magnitude of the company. A good starting point is understanding that while “in other countries, e-commerce is a way to shop; in China it is a lifestyle”. Ma himself said this, and he would know. On Singles’ Day 2016, an annual unofficial holiday designated for shopping, Alibaba’s total 24-hour takings reached $17.8bn (£12.8bn).

Alibaba operates through three major web portals – Alibaba.com, Taobao, and Tmall – and six more subsidiaries. Unlike Amazon, Taobao and Tmall carry no inventory and merely serve as platforms for other merchants to sell. Taobao has no fees and makes money selling advertising space. Tmall is becoming increasingly important to the company and is used by more than 70,000 brands. It is a common misconception that Alibaba is all about the cheap stuff, but these brands include Nike, L’Oreal, Huawei, Apple, Zara and Burberry. Even Amazon’s good are sold on it. And like its US peer, Alibaba is on a global mission. Ma made this clear when he chose the name Alibaba on the basis that it is easy to pronounce in any language.

But Alibaba’s most important asset is not its ecommerce platform, but Alipay – the most popular online payment tool in China. Alipay handles three times the volume of PayPal (US:PYPL) in online transactions and accounts for a third of the global online payments market. Previously, Chinese citizens had no choice but to place their cash deposits in banks that were focused on state-owned enterprises. Ma’s ‘western’ has been well received by his Chinese consumers, to the benefit of Alibaba and its shareholders.

But this approach is also causing some problems. This year the company reported an operating loss of $1.2bn for the quarter ending in March, mostly the result of a $2.8bn fine for anticompetitive behaviour. Regulators condemned the company for practicing “er xuan yi”, meaning “choose one out of two”, on the basis that merchants are forced to sell goods exclusively on Alibaba’s platform. Without the fine, Alibaba’s operating profit would have risen 48 per cent from a year earlier. The company actually benefited from the pandemic as revenue grew 64 per cent. This was partly due to the addition of Sun Art: a supermarket chain Alibaba acquired last year. Yet, even excluding that, sales grew 40 per cent.

This year’s glitch is not the only one the company has faced in recent years. In 2015, China’s business and licensing authority accused Alibaba’s of selling fake goods and its employers of taking bribes. When the media picked up the story the shares fell 4 per cent.

Clark is fairly realistic about the challenges Alibaba is set to face. Ma however is untouchable. Alongside the financials, Clark frequently expresses admiration for the tycoon. He writes “as a quick look at any of the hundreds of videos available on YouTube of his most popular speeches will reveal, Jack is very funny”.