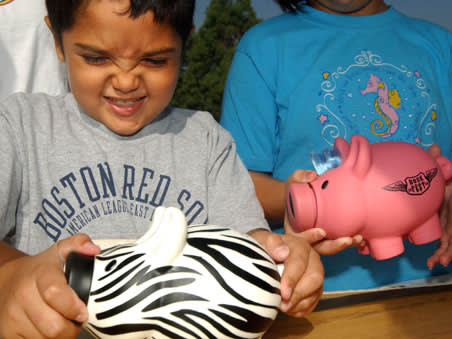 When it comes to inheritance, how much is too much?

The onset of the great wealth transfer raises tricky questions

Daniel Craig caused a bit of a stir late last month when he called inheritance “quite distasteful”. Speaking to Candis magazine, he announced that he does not want to leave great sums to the next generation, and his philosophy is to get rid of it or give it away before he goes.

This isn’t saying much from someone who has an estimated net worth of £116m. A small proportion of his fortune would be far beyond the dreams of most, so I don’t think 007’s offspring have much to worry about. Presumably he’s applying “distasteful” in the context of the super-rich, not the swathes of the population making significant sacrifices to help struggling children onto the property ladder.

Taste aside, inheritance is a reckoning that lots of people face, and it is not a conversation that will come naturally to many. We are entering a period coined “the great wealth transfer” as the money of the boomer generation starts to cascade. According to a report published by wealth manager Brooks Macdonald earlier this year, around £327bn will be transferred to roughly 300,000 inheritors in the UK over the next 10 years.

If you are in a position where you have chunky sums to pass on, the chances are you will want what’s best for your children and any grandchildren. The privilege of money is freedom and security, but there are studies that show the correlation between happiness and money is low - beyond a certain point. In a landmark study in 2010, Daniel Kahneman and Angus Deaton, both of Princeton University, found that happiness, as measured by people’s own perception of their emotional well-being, levelled off when annual incomes reached around $75,000 – or $90,000 (£66,000) today.

A study published earlier this year by Matthew Killingsworth of the University of Pennsylvania found that there is no value at which money stops mattering to a person’s wellbeing, although it hits at a point of diminishing returns. His explanation? Higher earners feel greater control over their life. But he also finds that those who equate money with success are less happy than those who don’t.

Perhaps Warren Buffett had it right when he said “I want to give my kids enough so that they could feel that they could do anything, but not so much that they could do nothing”. Peter Jones has a more nuanced approach. He’s set up a trust fund to top up his children’s salaries – with greater remuneration for low-paying careers that do good, such as nursing. Of course everyone’s situation is different and there isn’t a one-size-fits-all approach.

At a societal level, the UK’s Gini coefficient (measure of household income inequality) has been gradually creeping up over the past five decades. It’s clear that the better off had a much easier time over the pandemic, driving a wedge in inequality that collectively we should seek to address. Lord Macpherson, former Permanent Secretary to the Treasury, called for a ‘social solidarity charge’ on a recent Investors’ Chronicle podcast. The trouble with raising inheritance tax or capital gains tax is that they brought in £5.4bn and £10.6bn respectively last year, compared with almost £200bn for income tax in 2019-20. And, as Macpherson says, the super-rich have a habit of leaving when taxes on wealth are hiked.