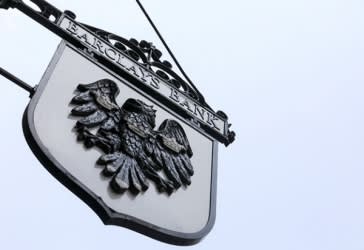 Is Barclays finally on the cusp of a long-awaited rerating? Former City analyst Robin Hardy runs the numbers

Investors in Barclays have been waiting a long time for its share price to outperform, but is an about-turn in the offing?

Barclays (BARC) has been out of favour for a long time, since the financial crisis in 2008 in fact. The share price has gone nowhere in the past 10 years, underperforming the FTSE All-Share by 25 per cent. Investors' total return has been just 3 per cent a year – the FTSE 100 has delivered 6.3 per cent and global equities 13.5 per cent in that time. But on most valuation measures, the shares look cheap and in FY2021 Barclays is expected to report a near-fourfold increase in earnings per share (EPS). Could it be on the cusp of a rerating, or are there still too many warning signs telling private investors to steer clear?

This is the billion-dollar question and sits at the heart of whether or not Barclays’ discounted share price makes the shares a bargain or correctly valued. If good fortune is the catalyst, then improvements may not be sustainable and returns may be of too low quality to justify a change in valuation. Barclays is forecast to report EPS of 34p this year (to December 2021),  a level to which it has not come remotely close since 2008. But what is driving this sudden and substantial surge in profit forecasts?

Investment banking storm: There has been a surge in private equity buyouts, merger & acquisition (M&A) activity and initial public offerings leading to a strong increase in fees at Barclays' investment banking operations. However, the current rate of equity market activity is not sustainable and this typically feast-and-famine market is likely to slow. Lower activity also usually leads to lower fee rates, compounding any slowdown in market momentum. Barclays is currently making positive returns in this historically poorly regarded segment (it is volatile and requires a lot of capital) but how long can that last?

Market share gains: Further to the broader surge in equity market activity, Barclays has benefited from other European banks pulling out of the game, leading to much higher market share. The likes of Credit Suisse and Deutsche Bank have substantially scaled back investment banking on the continent, which is likely to be playing a large part in the board’s confidence that Barclays can avoid a major collapse in investment banking fees – there is no else left in Europe with whom the US banks can look to partner. While there are market share positives in investment banking, there are potential threats in personal banking. Challenger banks such as Metro, Starling, Virgin Money and Monzo have already nibbled some market share, but there is a much bigger threat from US banks coming to the UK. Marcus from Goldman Sachs and Chase from JPMorgan could prove materially more disruptive to what has been a stable core for Barclays.

Impairments: Changes in banks’ provisions against bad loans are always a significant part of the movement in annual profits. It was initially feared that Covid would lead to many loans going bad and that rising provisions would hit profits. However, enforced forbearance and generous handouts (avoiding the term ‘bailout’ here) by governments to businesses of all sizes meant the worst of troubles were avoided. In Barclays' first half of FY2021, its pre-tax profits rose by £3.7bn largely due to provisions dropping by £4.4bn to a net release of £700m. This is likely to reverse, but impairments are expected to remain below long-run averages.

Covid-19: Ironically, this has been more of a positive for the banks. Lower impairments as above,  unexpected value created by weak share prices driving M&A and a large influx of deposits as household outgoings fell have all been beneficial.

Rising interest rates: Bond yields have been rising and central banks are set to raise prime interest rates to combat the global surge in inflation. Barclays predicts that every 10 basis point increase in interest rates can add £150m to earnings before interest and tax (Ebit) by 2023 due to expansion of its net interest margin – economists currently believe interest rates will have increased by 40 basis points by the end of 2022. This could bump Ebit up by 7-8 per cent. Rising rates are a double-edged sword, however, as credit risk will increase.

Costs: There is very little that banks can safely control in their trading but operating costs is one of the few. While Covid has pushed up the ratio of costs to revenue in the near term, they are forecast to fall to their lowest levels in a decade following a concerted drive to manage expenses. Although revenues are only forecast to grow at a compound annual growth rate (CAGR) of 2 per cent, this drop in the cost ratio should help drive net margins up more quickly.

Other than cost controls, it is hard to see that Barclays is itself driving the positives and its growth and improving returns have a lot more to do with good fortune than good strategy. Stock markets tend to reward good strategy much more highly than good luck, suggesting that the share price may not automatically follow the improving EPS.

How are banks valued?

Barclays' EPS are rising sharply, but is that what drives the valuation? Not really, as banks are not valued on trading multiples. Rather, the valuation depends on the net asset value (NAV) and the return achieved on those assets relative to the bank’s weighted average cost of capital (WACC). WACC is the average after-tax cost of a company’s different capital sources: ordinary shares, preference shares, bonds and long-term debt. Using economic value added (EVA) calculations, the broad principle is that if a business makes a return above its WACC, the share price should be above its NAV: this is called creating shareholder value. If returns are below the WACC, the fair value for the shares is below NAV: this is called destroying shareholder value.

For Barclays, the market sees the WACC being around 10 per cent, yet its return on assets since 2008 has averaged only 1.7 per cent, with many years having shown a negative return. This means that the current valuation, with the shares trading at 40 per cent below NAV, looks to be fully supported by the group’s trading history. The shares have traded below NAV for almost all of the past 10 years.

However, one of the core adages in investment is not to lean too heavily on the past when trying to predict the future. Barclays’ valuation might be right if you look back, but is that still the case looking forwards?

So, is Barclays cheap or not?

While Barclays does look to be on an improving trend, 2021 is likely to prove a spike, with profits dropping back in 2022, so is this all just a flash in the pan? While profits are forecast to stay below those of 2021 until at least 2024, they are importantly forecast to stay well above the average levels for the preceding 10 years. But, as above, the key factor to look at here is not profitability but the return on assets (ROA). Against the average ROA for the past 10 years of 1.7 per cent, the outlook for this measure is to average nearer 9 per cent between 2019 and 2024 (taking an average of the 2020 slump of 3 per cent and 2021 spike of 12 per cent into account).

While this is far from an impressive ROA and is still below the WACC, it is a significant shift away from the past history of destroying a lot of shareholder value and fully justifying a large price-to-book discount. If Barclays can reliably make a return that is close to its cost of capital, the basis for the large discount begins to evaporate and there is a case for the share price to move closer to the NAV as value stops being destroyed. In addition, the NAV itself is forecast to reverse a decade-long period of decline, providing a double driver for the share price – a smaller discount to a larger value. If the discount could be reduced from the current 40 per cent to, say, 25 per cent (which would not be unreasonable on an EVA basis) the shares could be worth 275p against the current 185p, pricing off the forecast 2022 NAV of 365p.

Not exciting but a strong technical story

This is not an especially exciting story and any bull case on the stock is largely a technical one, but one that is nonetheless well-founded. The board is clearly convinced that there is scope to sustain a much higher ROA even if still below the WACC, and the analyst community appears similarly on-side.

The problem is that many fund managers remain cautious and are somewhat jaded after watching poor performance for much of the past decade. Several more quarters of improved performance are likely to be needed to change hearts and minds. So, any rerating of the stock does not appear imminent. It does feel as though it will come in time, but any private investor looking at buying Barclays does need to proceed with their eyes wide open.

Banks are still inherently risky, geared cyclical businesses and Barclays has had the additional burden of losing three chief executives following a string of scandals. The dividend is forecast to rise from last year's 1p to 6p this year. A payout of more than 5 per cent then on to more than 9p by 2023 looks to be on offer at this point, which should be something of a cushion for the risk.

There are still a lot of questions over the pace, extent and sustainability of recovery here and relying on a largely technical argument for buying a share is not the most compelling. While it does feel as though there are many stronger buy cases in the market today, there is certainly some allure in a potential c50 per cent capital gain and a 5 per cent yield, but Barclays is still only one for the less risk-averse.