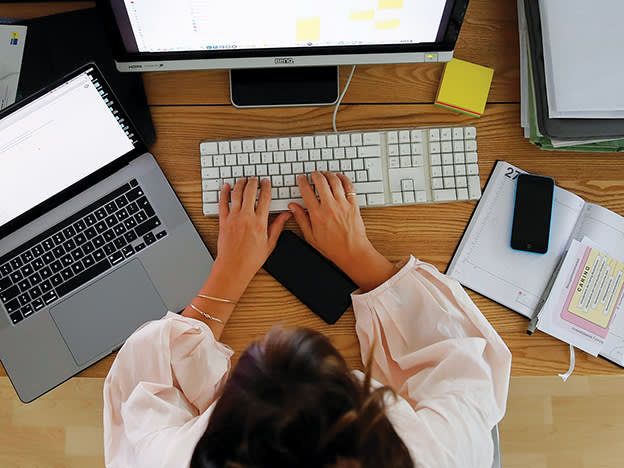 Gamma Communications (GAMA) sits in the camp of the new generation of companies that help transition other businesses from outdated, on-premises, locally-installed technology to solutions operating remotely or – in the modern vernacular – ‘in the cloud’. These modernising services are often presented using the ‘something-as-a-service’ or XaaS label, most commonly seen in software-as-a-service (SaaS). The as-a-service model is where IT or other solutions are provided on a subscription basis, and where the installed base of the service is remote from the customer. This is a departure from more traditional models where software licences or other services are purchased outright, then installed and run locally. For Gamma, the ‘something’ is communication.

The advantages to users of XaaS are instant switch-on, service assurance, always up-to-date tools/software and scalability. Cost is also a key issue, with capital investment largely being swapped out for revenue costs. XaaS appeals to providers because there is great revenue visibility (customers tend to be very ‘sticky’) and those customers often pay more over time than they would for standard solutions.

There are many common examples of XaaS in use today, such as Office 365, Google Suite, Amazon Web Services (AWS), Salesforce, Sage Accounting, Zoom or Slack. The ‘something’ need not be software: cloud provision can also be infrastructure for functions such as storage/back-up, email, numerous AWS tools, security, disaster recovery, AI or communications.

It is within that final bracket that Gamma operates, as both a unified-communications-as-a-Service (UcaaS) and, more recently, a contact-centre-as-a-service (CcaaS) provider. Gamma emerged in 2001 from the ruins of Atlantic Telecoms (an alternative phone and broadband carrier), moving into the then emerging internet-based telephony market before joining Aim in 2014. UcaaS has evolved from more basic internet telephony or voice over IP (VoIP) services, and now involves virtual exchanges/switchboards and the carriage of high bandwidth data and video services known as session initiation protocol or Sip trunking. Gamma is the UK’s number one provider in this space, providng a suite of solutions in:

One big advantage in all areas over traditional telecommunications is cost: individual telephone lines may cost only £2 per month/seat versus £10-£20 for old-school systems. Call rates, especially for international calls, may sit at just 1-2p per minute, whereas fixed-line calls could be 10-50 times more expensive. Now that transmission speeds and network capacities have increased, all forms of business communication can be transitioned to integrated solutions – not just voice. They now combine the services listed above into one package, thus the use of the term ‘unified’.

CcaaS is the newest skillset within Gamma, accelerated by the 2021 purchase of Mission Labs. CcaaS allows call centres/customer service functions to run in the cloud without the need for office space or on-premise hardware and without losing capability.

Strong market growth is forecast for these market segments, with various forecasting organisations indicating a compound annual growth rate (CAGR) in the mid-teens per cent range through to the mid-2020s, and potentially more than 20 per cent in western Europe. The chart below shows how many employees or ‘seats’ could be using cloud-based telephone systems in Gamma’s core markets in the next few years.

The Gartner consultancy predicts that more than 55 per cent of the UK's 850,000 call or contact centre agents will be using a CCaaS solution by 2025; today this figure is 25 per cent. The second chart shows the anticipated growth across Western Europe.

Unified communications has the advantage of being evolutionary rather than revolutionary. All businesses already use telephony; they need only be persuaded to alter their mode of operations rather than adopt new and different technologies.

Today, many businesses already use services that can be bundled in Gamma’s solutions, but as it stands these are likely to come from a range of providers, having been built up piecemeal. Gamma’s solutions bring everything on to a single platform, allow the different channels to cross-communicate efficiently and do so at a lower cost.

Transitional trends in telephony have long been visible, with increasingly complex and broadening ranges of services moving across from outdated networks with locally installed hardware to cloud-based set-ups. Back in 2019, Gamma believed it would take more than five years for European businesses to pass through first the 'Sip wave' (VoIP transition), then the 'cloud wave' (bundled services with VoIP), before a final transition to the full UCaaS model.

Covid-19 upended that timeframe, as businesses suddenly found they had no access to their fixed-line services and needed to rapidly move their locally-installed systems to a diffuse, hardware-light, distributed telecoms model. Gamma’s solution suite was already in place and with cloud-based services inherently scalable, it was able to help existing customers evolve very rapidly and to bring in new customers. Time horizons shortened, and delivered the steep industry growth forecasts ahead of schedule: pre-pandemic, what are now 2025 forecasts would have been 2028 targets. While there was mass adoption of internet telephony during 2020 and 2021, many smaller businesses took a chaotic approach and will need a business like Gamma to optimise and enhance their new networks.

While this can be seen as a positive development, it also has its drawbacks. The back end of the group’s previous five-year development plans could now prove somewhat empty: a large amount of expected future demand has been compressed into an 18-month period. This means a lot of the expected long-term value in the existing business model has already been realised and that a greater quantity of new growth will need to be found. The expansion of CCaaS is an example of this.

Another major catalyst for adoption of cloud-telephony services in the UK is that the public switched telephone network (PSTN) and integrated services digital network (ISDN) lines provided by Openreach are due to be switched off in 2025. As shown in the chart below, around 29 per cent of potential UK business customers' ‘seats’ had moved to cloud services as of 2020. This is expected to more than double by 2025, with annual growth rates approaching 20 per cent.

Market penetration does not reach 100 per cent, however, even after the switch off. That is because many businesses, especially those in the ‘micro entity’ category (96 per cent of all UK business, three-quarters of which are ‘one-man bands’) are likely to find what they need in mobile or basic VoIP solutions. Gamma is not especially strong in mobile, primarily providing overlay or ‘skinned’ services operating on the Three network that mainly sell minutes and data packages, and it has few ambitions here. Mobile is a very mature market growing at just 0.8 per cent per annum.

Domestic customers will also be impacted by the switc- off, but only 3 per cent of domestic lines today are not broadband-enabled (ie most already have cloud-telephony access via a home hub) and Gamma has no interest in domestic telephony.

The changeover is another near-term positive for Gamma. But it is also one that runs a relatively short course and risks causing slowing growth after 2025.

Gamma began a cautious expansion into Europe in early 2019, adding to the portfolio further in 2020 through a series of acquisitions. Operations in Holland, Spain and Germany now contribute around one-sixth of both revenue and profit. Spain and Germany should have greater growth potential than the UK because the cloud transition lags the UK by several years, but is ramping up; Holland is slightly ahead of the UK.

Progress has, however, been slower than expected, with reported revenues down in the latest interim results and profits stagnating. European telco markets still have elements of state ownership, as well as less desire to break up the monopolistic positions of larger carriers, and there are typically no looming legacy cut-off dates, all of which makes practical progress harder work.

So while there is a lot of potential here, delivery may be slower than expected. That suggests, perhaps, that more acquisitions are likely to be needed, especially to build a base for more complex services. The yawning gap of no presence in France will also need to be addressed.

Gamma’s share price had enjoyed an almost unbroken upwards trend from its November 2014 initial public offering (IPO) through to its interim results in September 2021, reflecting the strong market dynamics and a 17 per cent CAGR in profits in that period. However, after the interim results, the share price suddenly and substantially slumped. So what happened?

The results were seen as ‘solid’ by analysts, but this is one of those stock market code words that indicates that a set of figures is still on a positive track but is nonetheless underwhelming. Gamma had seen a strong demand surge in 2020 and it seemed that the transition to cloud telephony was set to accelerate. The July 2021 trading update reaffirmed this, indicating that 2021’s profits would fall in the “upper half of market consensus estimates”: another code phrase meaning ‘expect forecast upgrades’. These comments caused share price momentum to steepen and between July and September 2021, the shares climbed 23 per cent, the same amount they had risen in the preceding 12 months. This pushed the share price to a heady year one price/earnings (PE) ratio of 38 times against the FTSE All-Share’s rating of just over 14 times.

When the September results proved to be merely 'solid', and as a result did not drive upgrades, the market did its familiar trick of punishing the business via its share price. The shares have not stopped falling since. Today, they sit 35 per cent below the September peak and have negative momentum on both the shorter- and longer-term share price moving averages (MACD or moving average convergence divergence) for the first time since IPO in 2014. Something for the chartists to ponder.

Does this mean that the shares are now cheap? Not necessarily. Even after the drop, they still trade on a PE ratio of 28 times. A premium might feel right given the positive market backdrop and the forecast 15 per cent CAGR through to 2023, but what happens later in the cycle – after 2025 – is a little less certain: some of the growth drivers still need to prove themselves. For now, there is a lot of negative momentum that could see the share price go lower.

Like others in its sector, Gamma still operates largely on a reseller model of third-party technologies and does not own much of the intellectual property (IP) of the services it provides. IP ownership drives high equity valuations. Gamma is, however, looking to build products and increasingly own IP rather than buy or license from industry majors such as Microsoft, Cisco or BroadSoft. If that can be cracked, there is scope for a sizable re-rating. If all of the parts come together (UK transition, faster EU adoption, more IP, profitable broadening of its XaaS universe) Gamma can drive a higher valuation. But today it does feel likely that cheaper buying opportunities lie ahead.