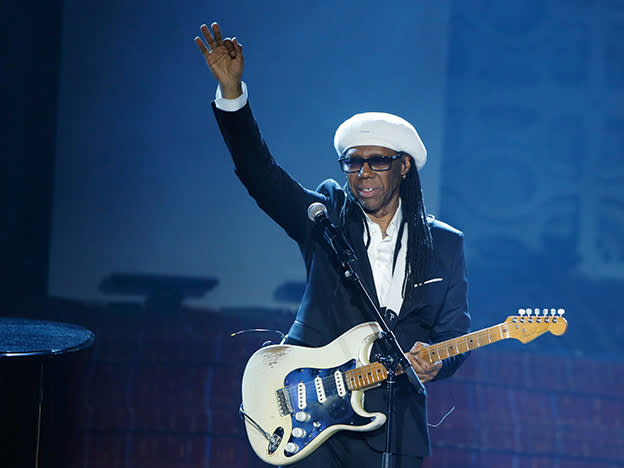 Hipgnosis Song Fund – You can’t always get what you want

Going for a song or out of tune? Robin Hardy runs his slide rule over Hipgnosis Song Fund

The lure of things seemingly unattainable has great appeal, especially in investment. Ordinary folk love the idea of having the opportunity to invest where normally only the elite can: fine wines, classic cars, fine art, coins, stamps, intellectual property or, as we will examine in this article, music royalties. In recent years it has become easier to invest in a greater array of so-called ‘alternative’ asset classes with funds emerging in sectors that allow private investors to buy ‘unitised’ investments in the likes of farmland, forestry, private equity, venture capital and a slew of less common commodities.

Some areas remain more difficult to access but, in theory, anything seen as having investment value/potential or capable of generating returns (income or capital growth) can be bought via a pooled, unitised investment. These are known as ‘alternative investment funds’. While well-established, regulation of alternative funds can be less rigorous than mainstream investments covered by the FCA but there is a specialist framework – the Alternative Investment Fund Managers Regulations – covering them and overall there is more risk investing here.

Another term encompassing non-standard investments is ‘uncorrelated’. Correlation is the connection between either one asset class and another or between an asset class and macroeconomic events. Correlation can be positive (eg rising house prices are good for housebuilders and estate agents) or negative (product shortages boost the supplier but harm the consumer). They can also be neutral (no impact of one class on another): these are uncorrelated asset classes. In practice, nothing is totally uncorrelated as there must be some driver mechanism or else the asset cannot make a return but in general uncorrelated means that the value of assets is likely to be impacted less by large equity market swings or macroeconomic shocks. This can help change the risk profile of a portfolio by making some investments potentially inert or counter-cyclical.

Sing us a SONG

One area that appeals both as uncorrelated and normally unattainable/highly alternative is musicians’ royalties. Income from music performances (live, recorded or streamed) has typically resided with either the writer, the musician or the music publisher, with no access for external private investors: not so anymore. Hipgnosis Song Fund (SONG) is one of a very select group, a specialist investment vehicle set up by Merck Mercuriadis, an industry mogul in performer management and music publication and Nile Rodgers the grammy award-winning musician/songwriter/producer to allow private investors access to this previously closed market.

SONG was founded and listed on the LSE in 2018 as a cash shell fund, raising an initial £202m and immediately began buying mixed and single artist/writer catalogues. As owner (or co-owner), the fund acquired the right to receive all performance royalties for the songs in each catalogue when played live, on the radio, appearing within film or TV, sold on physical music media or (the key element here) streamed from a digital platform.

Music is big business with global income, according to the International Federation of the Phonographic Industry (IFPI) totalling $21.6bn in 2020, 7.5 per cent up on 2019. The driver is streaming, up 18.5 per cent, while physical media dropped c.5 per cent. This month we will see how 2021 played out for the industry with more growth expected but industry data can be inconsistent between different forecasting bodies on both scale and growth rates.

I picked IFPI as it appears more comprehensive and is an industry body, but it does not forecast growth rates. Other industry watchers  include Grandview Research, which suggests a CAGR to 2026/27 of c.8 per cent, Allied Market Research which is forecasting 10 per cent growth, MarketLine 15 per cent and Statista almost 18 per cent. German music giant BMG reported in 2021 that older catalogues (the type SONG typically buys) appear to be growing at around double the rate of the industry overall.

All sources agree that music streaming is likely to grow by more than10 per cent per annum but that is stream count, not revenues earned. As table 1 below shows, the amount paid by different platforms varies considerably so changes in platform market share impact revenues. Spotify, a lower paying platform, is losing market share but could be losing market share to Chinese platforms such as TenCent and NetEase, which pay much less. Asia, excluding Japan (the largest local market which declined in 2020), is the fastest growing regional market growing at 30 per cent annually (but only 9.5 per cent including Japan). Elsewhere, Latin American streaming rose by c.15 per cent but market leaders are lower payers Spotify and YouTube. Africa is also high growth (9-10 per cent) dominated by local streamer Boomplay and is heavily biased towards African-originated music which does not feature strongly in SONG’s portfolio.

Overall, this makes it difficult to see how revenues, and thus the value of music catalogues, might evolve over time. There is pressure in various countries to force streaming platforms to increase their royalty rates. In the UK, for example, the Digital, Culture, Media and Sport (DCMS) committee is asking platforms to share revenues 50/50 with rights holders: today an average 84 per cent goes to the platform. The risk here is that platforms might increase prices and while royalty rates rise, volume declines.

There is already a risk to platforms’ income from the global squeeze on household incomes. The robustness of streaming levels has not yet been tested by economic pressures and no-one can be sure how discretionary music spending proves to be. Most households spend relatively little on streaming services (say £10 per month) but may rationalise where they currently access multiple platforms.

How much streaming services pay per stream

The shape of things to come

SONG’s revenue profile is somewhat different from the industry average and does give scope to outperform underlying industry trends, but there are positives and negatives to its approach. Physical media and digital ownership (both declining segments) are smaller than the industry average, but so is streaming. The largest differences are in performance rights and synchronisation (use in films, TV, adverts & gaming) which make up more than 40 per cent of Hipgnosis' revenues. This is significant as in such channels SONG has greatest control and should be able to command more favourable pricing. SONG promotes these channels hard and recently reported that synchronisation deals had grown by 20 per cent. There is good exposure to the fast growing gaming sector and SONG is the largest music manager on TikTok, which has grown 125 per cent since 2018, although this could decline just as quickly as it has grown. Intelligent selection of catalogues that are more suited to these other channels is also a key part of the SONG’s strategy.

So, the outlook for SONG appears to be very positive, yet its shares have fallen 16 per cent since November. There are a number of issues for investors to consider with this type of fund.

The shares might look cheap with the share price at a 20+ per cent discount to NAV, a yield of over 4.5 per cent, underlying market growth likely in double-digits and a smart strategy that could mean outperformance of the underlying market. But there are issues which could mean that the performance of the fund remains under pressure. The ability to attain the unattainable and the chance to buy into the glamour of the music industry may be a powerful lure, but the hard realities should be enough to make investors wary. Better to say thank you for the music and enjoy it rather than try to own it.