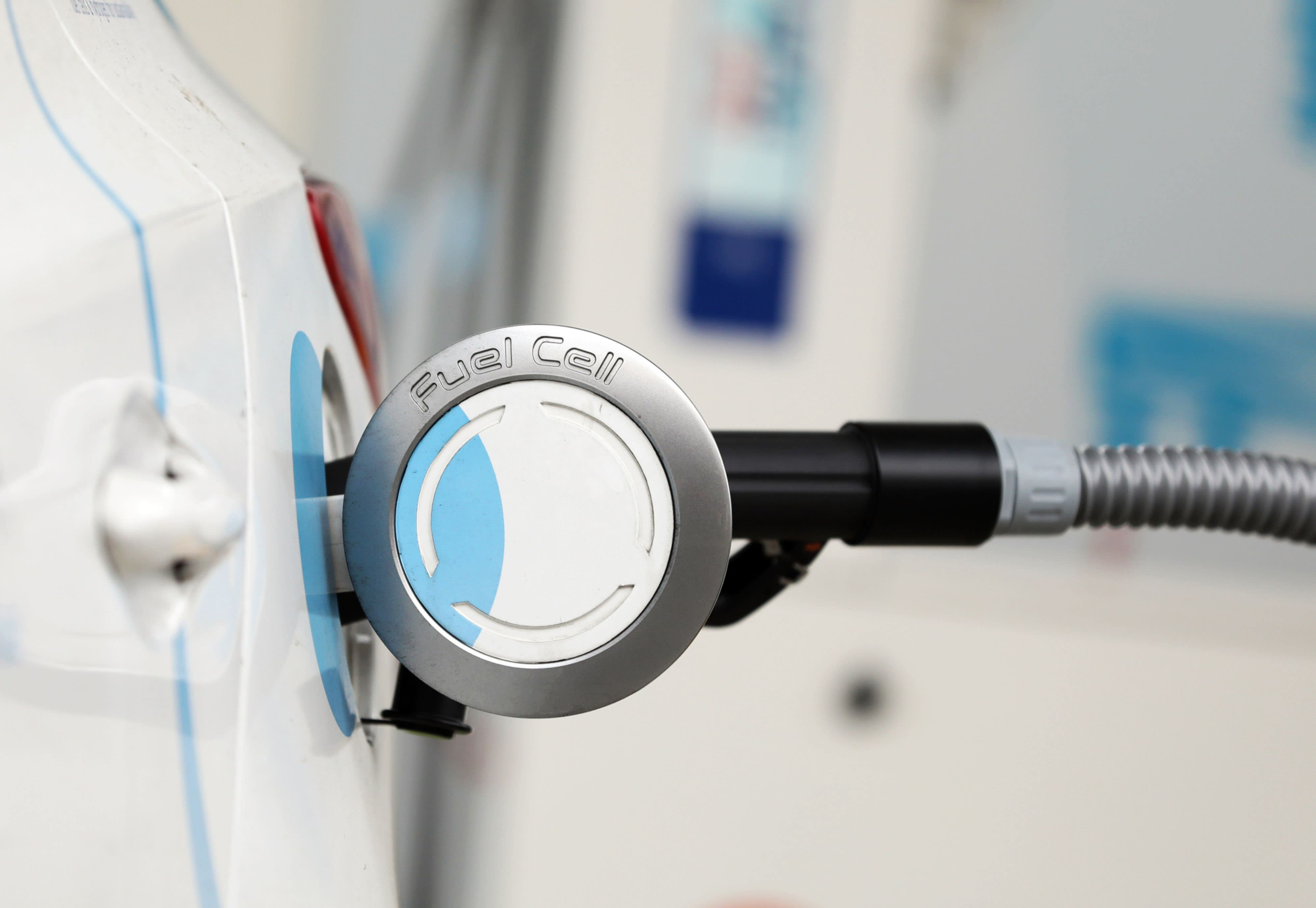 Green hydrogen is being increasingly touted as a potentially transformative fuel for industry with the scale of some predictions for its role in the shift to net zero mind boggling. ITM Power (ITM), which specialises in making the electrolysers that are required for creating green hydrogen, has been touted as a play on hydrogen's potential for some years – is it finally on track to realising those long-held hopes?

In our recent article on Ceres Power (CWR) (primarily a non-hydrogen fuel cell IP business), we touched on its nascent business producing hydrogen through water electrolysis. This is known as ‘Green Hydrogen’ or GH2 production when the electricity used to crack water into H2 and O2 using is 100 per cent from renewable sources. This should be a major facet of decarbonisation across a range of industries as current hydrogen production has a large carbon footprint.

GH2 production is referenced by the electrical power input required for electrolysis, in mega or giga watts (MW or GW). In 2021, installed capacity globally stood at just 0.3GW, enough to produce 44,000 tonnes of GH2 a year: global hydrogen production today is 75mn tonnes. So, GH2 is just a speck on the global stage (0.06 per cent), but its aspirations and potential are immense.

The EU plans to have installed 160GW of GH2 capacity by 2030 (this plan doubled in 2020 and again in 2021), and is likely to go higher. The UK plans 10GW (also recently doubled) but this lags well behind the EU: pro-rata, UK should be planning 25GW. The total current planned electrolysis capacity is c.213GW but the International Energy Agency (IEA) believes the global requirement for electrolyser capacity by 2050 (assuming China becomes net zero by 2060) is much higher than this: it sees a need for 3,600GW.

Current & potential future use and demand for Hydrogen - million tonnes/year

The investment to deliver this will be considerable.  Based on recent fundraising in the UK, the required capital expenditure for each gigawatt of capacity is £40mn-£45mn or £50mn-£55m including working capital. So, the current target capacity requires £10bn-£11bn of investment while the IEA target would require over £200bn. Clearly there is a lot to aim for in this space.

This all sounds amazing for the GH2 industry but there are caveats:

Fledgling industry – green hydrogen is tiny today and carries huge growth forecasts. GH2 produced today could generate 1.5TWh of electricity whereas Solar produced 821TWh in 2020 and wind 3,300TWh. But these only accounted for c.13-15 per cent of global generation so there is still a lot of fossil fuel generation to replace plus hydrogen is also used for many industrial processes.

Alternatives – GH2 is seen as the strong solution by its own industry but other forms of hydrogen production may limit GH2 growth. In addition, solar and batteries are serious, cheap and established rivals in power generation.

Greenness – this industry is only end-to-end green if those producing GH2 use 100 per cent renewables.

Time scales – effectively from fundraising to efficient running of a new plant looks to take around 5-6 years. New solar capacity can have only a few weeks’ lead time and a few months for wind.

But the likely increase in scale of GH2 production remains immense and offers very considerable potential for any players in that space.

Our last article on the hydrogen/fuel cell space focused on Ceres running a non-manufacturing, IP/royalties model. In contrast, ITM is a manufacturer of hard products focused entirely on the production of GH2 via electrolysis. While Ceres is primarily about distributed power generation, hydrogen has a considerably larger base of uses giving ITM access to both substitution in mature markets and fast growing new clean power sectors. Hydrogen has myriad uses: thermal power generation, fuel cells (distributed power and transportation), cooling, high energy/thermal industrial processes (ie steel or cement manufacturing), chemical manufacturing (primarily ammonia for fertilisers) and the production of synthetic e-fuels.

ITM manufactures physical equipment in modular formats to produce hydrogen via Proton Exchange Membrane (PEM) electrolysis. In very simple outline, an anode and cathode are sandwiched with the PEM membrane and ordinary water (doped with an electrolyte) is introduced to the anode, a current is passed through the circuit and gaseous O2 and H2 are produced on the respective electrodes. These are captured and compressed to liquid form. When the input electricity is 100 per cent from renewables, the output is totally carbon-free.

ITM has one established factory in South Yorkshire with capacity to produce electrolysing modules or ‘stacks’ totalling 1GW a year. The order backlog reported at the time of the half-year results in January (0.499GW) shows that business is ramping up as the backlog a year earlier was only 0.163GW. ITM was in active tendering for another 0.88GW (0.33GW a year before). In practice, however, only around 0.15GW is expected to be delivered in FY2023, and double that in FY2024 but with long lead times and rapid growth, capacity could become tight in a fairly short time.

This is why, in October 2021, ITM tapped shareholders for an additional £250m to build a further 4GW of manufacturing capacity in two new factories, one in the UK (1.5GW operational by 2023) and the other in, we surmise, Germany (2.5GW operational in 2024/5). By 2025, ITM could have 5GW of total capacity and with the new factories to be heavily automated (the existing factory relies heavily on manual assembly), production costs are expected to fall sharply. This is vital because while today water electrolysis modules sell for around £800,000 per MW, by 2030 this is likely to have fallen to below £200,000 which is a vital step to make GH2 production more attractive. ITM also has heavy R&D spending seeking to lower the electricity use of its ‘stacks’ but changes here are only likely to be incremental.

Historically, ITM had sought to offer fully installed, finished plant for its end customers but through strategic alliances with German industrial giant Linde and Italian energy infrastructure specialist Snam (both now significant investors in ITM), this has been outsourced. This allows ITM to focus on its specialism of manufacturing the ‘stacks’ and sub-assemblies where c.60 per cent of the installed value resides.

In our article on Ceres Power we highlighted that it had made >£200mn of aggregated losses and raised £389mn in new equity capital injections since IPO in 2004: ITM has also aggregated sizable total losses (c.£150mn since IPO) and has raised more than £500mn. The business is still losing money and according to consensus forecasts, this is set to continue until at least 2025 (few are confidently forecasting beyond this), but for 2026 Arden & Partners is penciling in £1mn of PBT on £428mn of revenues: in 2021 revenues of £4.3mn drove a pre-tax loss of £27mn. Between 2022 and 2025, Arden estimates aggregated losses of a further £142mn before breakeven. This 2026 breakeven estimate assumes that all three plants will be in production with the current plant running at 85 per cent capacity, the new 1.5GW plant at 30 per cent capacity and the last plant at 10 per cent capacity in its first year of output.

This to me suggests that by 2030, revenues could more than double from 2026 levels and by that stage there should also be a substantial maintenance and service revenue stream in addition to new product sales: this could be a quarter of total revenues and potentially offer higher margins.  PBT could by then be £150mn-£175mn with EPS of 20-23p and could still be growing at around 25 per cent.

But there are a lot of ‘ifs and buts’ to consider here. Do the factories come on stream when expected, does the process automation lower costs as fast as planned, could the price decay be greater than modelled, does the service revenue flow as expected and does demand build more slowly than anticipated as rival technologies advance more quickly? Hydrogen’s big advantages are, however, that it has significant demand in areas other than power generation where there is no head-to-head with solar, wind et al. But there could be competition from so-called ‘Blue’ hydrogen, traditional high carbon production coupled with carbon capture and sequestration (CCUS). GH2 is also likely to beat batteries in green powertrains for heavy transport (HGVs, trains and ships) which are seen as struggling to deliver good enough range.

One thing for potential investors to consider is additional fundraising. By 2030, ITM’s capacity utilisation will be high at the original three plants and more capital will be needed to expand and sustain growth – current cash resources are likely to be exhausted about the time it breaks even and ITM would probably need another substantial fundraising by around 2027-2028.

Is ITM a good investment?

As with Ceres, it is hard to see equity value when losses are high and likely to be sustained and when it is clear that continued growth will probably need additional capital. The market opportunity for GH2 on almost all forecasts appears very strong and market growth looks set to remain high even after 2040. The problem is that ITM is hard to value either using profit multiples or, as is more typical for this trading profile, discounted cash flow (DCF). One doesn’t reach a current market average PE (assuming everything goes to plan) until 2030 and the EV/Sales is still around 3-4x by 2028. DCF models have to make some bold assumptions to support even the current share price with discount rates that feel low (8-10 per cent) for the execution risk profile and growth rates in perpetuity that are well above those normally used (long-run inflation or global GDP growth rates) at 6 to 8 per cent.

That helps explain why the shares have been volatile for so long: views on fair value are always going to fall into a very wide range. It feels unlikely, however, that the shares will repeat their past gigantic increases and (unless there are sizable hold-ups and stumbles) neither does it feel as if the shares are likely to repeat past collapses but that said, any slippage does risk seeing the shares punished. There is a large amount of macro potential but with its current labour and materials model, capacity to make money is naturally constrained. There could be more growth potential if ITM followed Ceres’ model of technology licensing but the CEO is reported to be strongly against that being keen to jealously guard ITM’s own IP. There is always scope for ITM to be taken over if the energy giants want a quick start in this market segment, but that is speculative.

Should you buy ITM?

Probably yes, but not on its own. In such a nascent and potential explosive market segment, a portfolio approach is more sensible and other stocks such as Nel ASA (FR:D7G) from Norway, McPhy (FR:MCPHY) from France, Green Hydrogen Systems (DK:GREENH) from Denmark, the UK’s Clean Power Hydrogen (CPH2), Ballard Power (US:BLDP) or the much larger Plug Power (US:PLUG) and those doubtless yet to come to the market should be lined up alongside ITM for balance and to take advantage of the 80:20 or 90:10 rule.

Bearbull: Blowin' in the wind

Hydrogen could point the way forward for Johnson Matthey

Hydrogen may be overhyped but big promises will have an impact