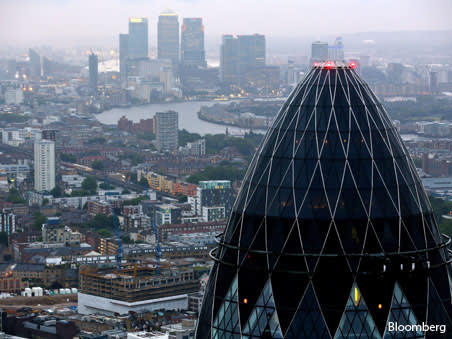 SLI Property Income battens down the hatches for Brexit

After a difficult 2016, this year UK commercial property has bounced back strongly. By the end of October, the MSCI/Investment Property Databank (IPD) monthly index had delivered total returns of 8.6 per cent year to date, compared with 2.6 per cent for the whole of 2017. And IC Top 100 Fund, Standard Life Investments Property Income Trust (SLI) has successfully kept ahead of the market. Over one year its share price has returned 12 per cent, slightly ahead of the average return for UK direct property investment trusts of 11 per cent. The trust yields 5.2 per cent and is trading on a premium to net asset value (NAV) of 5.3 per cent.

However, Jason Baggaley, manager of Standard Life Investments Property Income, has some concerns about how long the current cycle can last.

"It's been a very good market and it's probably been too good for the last couple of years with all the uncertainty [surrounding the UK economy]," he says. "So it feels like I should be quite worried but actually I can't find anything that is giving me real concern. Interest rates have increased a small amount but remain very low, so the yield on the trust and real estate assets is still attractive relative to other asset classes, and it's reliable and steady. Supply is relatively constrained in most markets around the UK and tenant demand is not great, but it's okay. So everything looks reasonable. But there's a slight edgy feeling at the moment."

What impact the UK's withdrawal from the European Union will have on the economy, at least in the short term, is one concern. In particular, Mr Baggaley is concerned about an economic slowdown that could dampen tenant demand. Meanwhile, a continued squeeze in consumers' disposable income, due to higher inflation and wage stagnation, could hurt retailers. As a result, he has been reducing the trust's exposure to retail warehousing and some areas of the high street. The trust recently sold a standalone retail warehouse in Southend-on-Sea for £5m, which was 5 per cent above its valuation in June. But Mr Baggaley adds that there are some bright spots within the retail sector, particularly high-end retail in central London, which has benefited from increased tourist numbers attracted by the fall in the pound.

But the Central London office market has been cooling over concerns about large comnpanies such as international banks moving to mainland Europe because of Brexit. Mr Baggaley has been cutting his exposure to this market for some time and the trust now only has around 3 per cent of its assets in this area.

Standard Life Investments Property Income recently exchanged contracts to sell its second-largest property, Elstree Tower in Borehamwood, Greater London. The 80,700 sq ft office was valued at £18m at the end of June and will be sold for £20m. But although it accounted for the trust's largest rent roll of £1.32m a year and was on a lease subject to a tenant-only break in 2020, Mr Baggaley felt the risks outweighed the potential returns.

"I don't know what's going to happen to Greater London rents over the next three years with Brexit so the potential upside was limited and if the tenant left, we would need to spend £8 to £9m to get the building into tip-top condition to appeal to a new tenant," Mr Baggaley explains. "I had an opportunity to sell it significantly above valuation and took it, as I'm not afraid to realise profit. That's one of the many things I learnt during the last downturn: don't be afraid to realise profit."

The delayed completion is unconditional and provides the trust with additional income up until February 2018.

Mr Baggaley is realising profit where he sees the potential to reduce future vacancy void rates and capital expenditure risk.

Examples of other recent sales include a 25,600 sq ft office in York Science Park for £4.35m which was sold close to its valuation rate, to reduce the trust's out-of-town office exposure. And a small industrial unit in Cheltenham was sold to its tenant for £2.175m due to concerns about re-letting risk. The sale price was 8 per cent ahead of its valuation in June.

Void periods have increased in the past six months and at the end of September totalled 7.9 per cent of the rental value of the properties the trust holds. But Mr Baggaley says these have happened because of reasons specific to those properties. For example, one tenant was acquired by another company and moved into that company's headquarters, while another tenant lost a key contract so did not renew its lease. Mr Baggaley says the void periods are higher than he would like but is keen to stress that of the 7.9 per cent void by income, 5 per cent has been vacant for less than six months.

And although he says investment opportunities are more "granular" than they have been in the past, the trust has recently purchased some properties.

In November it bought a multi-let office at 1 Station Square in Bracknell for £12m which reflects a yield of 6.9 per cent on the topped up rent. The office has been substantially refurbished and is located next to Bracknell train station, close to the new town centre retail scheme.

In August the trust purchased a 46,800 sq ft industrial unit in Birmingham for £4.58m, reflecting an initial yield of 5.75 per cent. The property was let on a new 15-year lease with no breaks earlier this year.

Mr Baggaley says the key to finding investment opportunities is to select good buildings, in good locations with good tenants. It is also important to invest in assets where the yield is supported by these fundamentals rather than be swayed by just a high yield.

"I'm very aware that in this environment, we're expecting muted capital growth – if any – over the next year, so income is a key driver," Mr Baggaley explains. "Buying and selling property is expensive so you've got to be selling at a profit and investing wisely into something that will provide an attractive income to make it worthwhile."