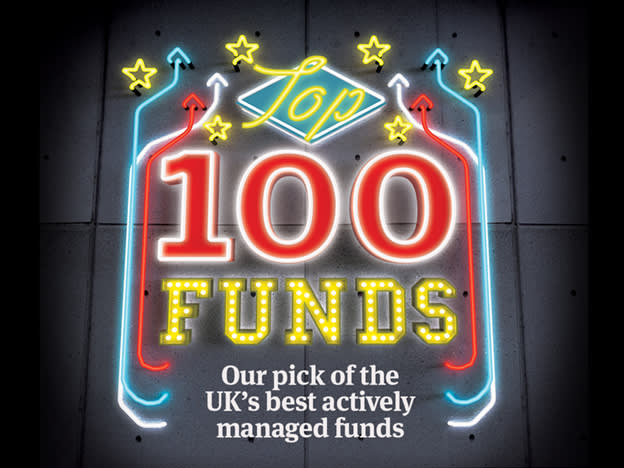 UK investors tend to have a bias to the home market but overseas exposure is important, especially as over the past few years the UK market has become more reliant on just a few dividend payers. With the added uncertainty of Brexit, diversity has never been more important and the many attractive opportunities outside the UK could improve your income.

Newton Global Income’s lead manager, James Harries, left the fund in December 2015, since when the lead manager has been Nick Clay. He has 26 years investment experience and before becoming lead manager on this fund managed a similar offshore global income fund.

However, there have since been further changes to the fund’s investment team. Terry Coles was appointed as alternate manager in December 2015 when Mr Clay became lead manager, but left in March 2017. He was replaced by Ian Clark, but he has also recently left the fund and Newton is recruiting a new alternate manager.

The fund’s investment process remains the same, and Newton runs its funds via a team approach so the departure of one manager doesn’t mean a wholesale change to the way it is implemented. However, as three key members of the fund’s investment team have left over the past three years and Mr Harries, who was responsible for the fund’s long-term performance record has launched a new fund (see below), a number of the panel suggested dropping the fund.

Troy Trojan Global Income only launched in November 2016 but its manager, James Harries, generated strong total returns and an attractive income while running Newton Global Income (see above) between 2005 and 2015.

Trojan Global Income aims to provide income with the potential for capital growth in the medium term. When putting together its collection of investments Mr Harries considers companies’ individual merits, and Troy Asset Management’s view on broader economic and industry factors. He seeks high-quality shares at a good price focusing on businesses that make high returns on capital employed, with the aim of avoiding permanent capital loss and sustaining long-term income growth.

The fund held 40 stocks at the end of July, selected from a limited number of well-researched companies that fit Troy’s criteria. Mr Harries aims to hold them for the long term.

Troy says its defensive positioning means it could lag in strongly rising markets, but a fund that has fewer destructive drawdowns is likely to be in a better position to compound returns over the long term.

Artemis Global Income has made strong long-term total returns, but its yield of around 2.9 per cent is not the highest in its sector. This is because it aims for a capital gain as well as a good, steady and rising income. The fund is a good diversifier to UK equity income funds because it has low exposure to the domestic market.

“[Artemis Global Incomes takes] a well-rounded approach, and has a track record of strong returns and growing its income,” says Rob Morgan at Charles Stanley. “The more eclectic approach offers some variety and diversification to an income portfolio, and I admire the disciplined and pragmatic philosophy of manager Jacob de Tusch-Lec.”

Fidelity Global Dividend has not kept up with its peers in the IA Global Equity Income sector over the past two calendar years, so its cumulative returns over shorter time periods do not look so good. But the fund has made strong long-term total returns and the shorter-term underperformance can be explained in part by its typically more defensive positioning than some of its peers.

If there is volatility ahead this could be useful as it is likely the fund would fall less than its peers. “The value influence means [manager Daniel Roberts] is less likely to overpay for a stock, which can help to protect against price falls in down markets,” comment analysts at FundCalibre. “Fidelity Global Dividend is a well-diversified, lower-risk fund that may suit investors seeking a stable and potentially rising global income. It is typically less volatile than the benchmark and tends to outperform in falling markets. [Its holdings] have very low borrowing levels, which means their earnings are less likely to be affected by debt repayments, which adds to their dividend payout stability.”

Murray International Trust has a strong historical performance record, but has not done well over the first eight months of this year, or during 2013 to 2015, so its cumulative total returns don’t look good. But its performance has come back in the past after difficult periods, and in the meantime investors benefit from an attractive income stream. The trust has increased its dividend every year for 13 years and had revenue reserves worth over a year’s dividends at the end of its last financial year, according to the Association of Investment Companies (AIC). It also has a fairly low ongoing charge of 0.64 per cent.

Four of the panel favoured keeping Murray International in the selection.

“This trust has an excellent long-term record, although the defensive and emerging markets bias has been a drag in recent years,” says Ewan Lovett-Turner at Numis Securities. “Manager Bruce Stout has an excellent long-term, through-the-cycle track record because of his focus on companies with healthy balance sheets and strong market positions. However, he has had a tough period in terms of relative performance since 2013. Mr Stout also thinks there are good reasons to remain extremely cautious given that unorthodox monetary policies have now been exhausted.”

Rob Morgan at Charles Stanley adds: “Disappointing recent performance is a function of the value tilt, sector allocation and country skew towards Latin America and away from the US. But Mr Stout’s multi-cycle experience should count for a great deal during the next phase of the stock market.”

Regional funds are, in theory, higher-risk because what they generate rests on the fortunes of one region. In particular, Asian equity income funds may have exposure to emerging markets that are potentially more volatile and high risk. However, if you have a large portfolio you could hold some regional equity income funds that could provide stronger returns than broader funds.

Schroder Oriental Income has a good record of making strong total returns. Although its yield of about 3.8 per cent is lower than those of its peers, it has grown its dividend every year since launch in 2005.

Schroder Oriental Income beats MSCI AC Asia Pacific ex Japan index most of the time, although it was behind in 2017, albeit with a double-digit return of 15.7 per cent. This means its short-term cumulative returns don’t currently look as good, but historically it has always come back.

“Schroder Oriental Income benefits from a highly experienced manager, Matthew Dobbs, who has a strong long-term track record through a focus on quality companies,” says Ewan Lovett-Turner at Numis Securities. “Dividend growth has been strong since inception, averaging 6 per cent a year.”

A downside to this trust is its performance fee which, when added to its ongoing charge of 0.86 per cent at the end of its last financial year, took this up to 1.95 per cent. However, because of its strong performance, attractive yield and highly experienced manager, we think it is worth paying for.

Jupiter Asian Income Fund only launched two years ago but its manager, Jason Pidcock, ran Newton Asian Income (GB00B8KPW262) between 2005 and 2015, during which time he made decent returns and generated a good income. He has been investing in Asia Pacific ex Japan since 1993.

Jupiter Asian Income aims to generate income and capital growth over the long term. Mr Pidcock invests in companies he thinks are well managed and positioned within their own industry, with scalable business models and managements committed to sharing the profits with shareholders. Although this is an income fund he can invest in companies that have a below-average yield if he thinks they might enhance the fund’s capital growth.

Because the fund’s returns come from both income and capital growth, he wants the price of the shares to represent good value for money as an investment.

The fund had 33 holdings at the end of July, although it can hold up to 50. It had about a quarter of its assets in Australia, 22 per cent in Hong Kong and 17 per cent in Singapore, as well as exposure to emerging markets.

BlackRock Continental European Income has made good total returns since its launch in 2011, making a positive return in every calendar year – often ahead of broad European benchmarks such as MSCI Europe Ex UK index. It also has an attractive yield of around 3.9 per cent. However, in June co-manager Alice Gaskell left BlackRock so it is now solely run by Andreas Zoellinger. But he has run the fund since launch and is supported by BlackRock’s European equity team of 21 people.

BlackRock Continental European Income also has few of its assets in the UK, making it a good diversifier for portfolios with UK equity income funds.

European Assets Trust aims for capital growth via investments in small- and medium-sized companies, and to pay a dividend worth 6 per cent of what its euro denominated NAV is worth on 31 December each year. This means it offers an attractive yield, which at the end of August was over 6 per cent. The trust is able to make such a substantial payout because it partly pays dividends from capital as well as income from underlying investments.

Its NAV total returns have not kept up with the EMIX Smaller European Companies (ex UK) index over the short term, although it still made a double-digit return in 2017. The trust underperformed its benchmark over the first six months of this year, in part because of its lack of exposure to telecoms, oil & gas and healthcare, which it has since slightly increased. But the trust has done well in the past under manager Sam Cosh, so it could return to form. And in the meantime its shareholders are being paid an attractive dividend stream, although the exact amount they get depends on the sterling/euro exchange rate.

The trust does not invest in the UK, meaning it is a good diversifier to UK equity income funds.

JPMorgan Global Emerging Markets Income Trust has underperformed MSCI Emerging Markets Index over three and five years. This is partly because it doesn’t invest in low-yielding internet and technology stocks such as Tencent (HK:700) and Alibaba (US:BABA), which offer little or zero yield. But it still delivered a positive total return of 18 per cent in 2017.

The trust aims to generate a dividend income with the potential for long-term capital growth, and offers a reasonable yield of over 3 per cent. It has maintained its annual dividend of 4.9p in each of its past five financial years.

Its managers look for sustainable businesses that have good dividend growth prospects, are stable, provide a regular income and have good governance.

“Despite delivering a premium yield there is a quality tilt,” says Rob Morgan at Charles Stanley. “The trust invests in both high-income-paying companies and those with a low but growing income. It has a well-resourced research team.”