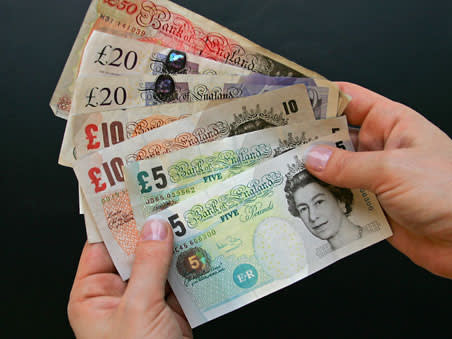 Getting exposure to attractive income from UK infrastructure may become harder

The outlook for listed infrastructure funds has become even more uncertain following the announcement in the Budget that the government is abolishing private finance initiative (PFI) contracts, which have been a source of attractive income and stable returns.

Chancellor Philip Hammond said that PFI schemes don't provide value for money or appropriate risk-sharing between taxpayers and investors, so there won't be any more. But Mr Hammond committed to honouring all existing PFI contracts, in contrast to the Labour party which says it will bring PFI projects back into the government’s fold if it wins the next election.

No new PFI projects have been awarded since 2016, and confirmation that there will no further ones could mean the existing contracts become more valuable as the number of them falls. “This clarification from the government is helpful for the listed infrastructure sector and, if anything, makes existing projects more valuable to investors, given the statement of intent and 'scarcity value' with no new projects,” said Iain Scouller, managing director of investment funds research at broker Stifel.

But Kieran Drake, analyst at Winterflood Securities, said the increase in value of PFI contracts had already benefited listed infrastructure funds because the supply has been reducing since 2012. “We have already seen the contracts become more scarce and their value increase," he said. "I would be surprised if this happened much more.”

The terms of PFI contracts are more favourable to those who invest in them than the government and tax payers. And investors in listed infrastructure funds have benefited from an attractive dividend stream and stable returns. But going ahead the opportunities for private investors to obtain exposure to UK public infrastructure are likely to be more limited, as the end of PFI schemes means the government will turn to other forms of financing.

Mr Drake added: “It’s difficult to say what opportunities there will be for infrastructure investment trusts from here. There is a lot of scrutiny of private finance for public infrastructure, so there will be a keen eye on value for money by the government [and potentially more risk for investors].”

Monica Tepes, investment companies research director at FinnCap, said scrapping PFI schemes could increase fears among investors over the future of private investment in public infrastructure. “Scrapping PFI materialises half of the Labour threat, and may make it more likely that investors will seriously consider the second half of the threat – nationalising existing contracts.”

After Labour first announced its plans to bring PFI schemes back in house last year, the share prices of listed infrastructure funds with exposure to PFI fell, and they went from double digit premiums to net asset value to lower premiums or discounts. But despite these concerns, this year John Laing Infrastructure Fund was bought out by institutional investors Dalmore Capital and Equitix Investment Management at a higher price than it was trading on even before the Labour party conference.

HICL has about 80 per cent of its assets in PPP schemes and International Public Partnerships has around 18 per cent, according to Winterflood, and there are still implications for funds with exposure to PFI. But Mr Drake said that while uncertainty remains, with a realistic chance that Labour will win the next election, the risks are reflected in these trusts relatively lower ratings. And there are enough buyers taking a more positive view.

“Some investors' sentiment may have been weakened [following the comments from Labour last year] but I think other investors are prepared to [invest in them],” he added.