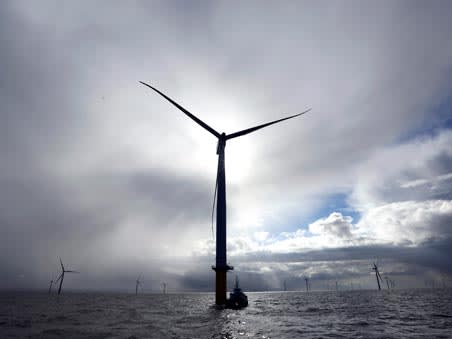 Infrastructure offers income and diversification at a price

Bargains are scarce but here's where the best opportunities lie

There were few places to hide in 2018, a dismal year for most investments. But infrastructure investment trusts were a notable – and perhaps unlikely – exception, as the sector has been buffeted by mounting political risk, the collapse of a bellwether stock and a shift in interest rates. As a result, few would have thought infrastructure was a compelling option at the start of 2018.

The Labour party had reiterated its plans to renationalise key industries and take private finance initiative (PFI) contracts back into government hands. Construction giant Carillion collapsed, overwhelmed by the weight of its debts, and this company provided facilities management for projects in which some of the infrastructure trusts invest. The threat of higher interest rates also threatened to undermine the value of the income from infrastructure investments, a key part of their appeal.

Yet all the infrastructure trusts have made gains over the 12 months to 21 January 2019 – as much as 27.5 per cent in the case of 3i Infrastructure (3IN), according to Financial Express. This has come from both a rise in the trust's underlying assets and rising premiums.

These gains were due to three main drivers. Anthony Leatham, head of investment trust research at Peel Hunt, says investors reappraised the risks associated with a Labour government: “As the threat of bringing PFI contracts ‘in house’ was understood to be prohibitively expensive to implement, investors were able to reassess the share price movements on social infrastructure trusts, which had seen the double-digit premiums to net asset value (NAV) of May 2017 turn into discounts by mid-2018," he explains. "The conclusion was that the sell-off was overdone.”

At the same time, the impact from Carillion's collapse faded quickly. Relatively few trusts had exposure to the company and for those that did, the impact was limited. William Heathcoat-Amory, head of investment trust research at Kepler Trust Intelligence, says: “HICL Infrastructure Company (HICL), for example, lost some capital as a result of having to find new parties to take over contracts from Carillion, and the direct liabilities that Carillion had to the owners of the projects. There was another mark-to-market loss from changing the discount rate applied to those contracts, but in September HICL wrote back half the losses from these valuation changes and we are optimistic that it should be able to write back the rest over time.”

Also, HICL’s dividend wasn’t affected, so Mr Heathcoat-Amory thinks Carillion has only caused the trust some “flesh wounds” rather than a mortal injury.

But perhaps the most important factor in the reappraisal of the sector was institutional investor Equitix swooping in to buy John Laing Infrastructure Fund's portfolio. Mr Heathcoat-Amory says: “Ratings on the infrastructure trusts have bounced back chiefly because of this deal, and the knock-on boost to investors' confidence that this had. This was evidence that there are institutions happy to pay a decent premium to NAV for these assets.”

The sector is certainly struggling due to a lack of supply. There have been no new PFI or public private partnership (PPP) projects commissioned for a number of years and this may have given the investors behind Equitix’s deal the confidence to bid. There are relatively few other investment options that offer an equivalent contractually-secured, inflation-adjusted, multi-decade income stream. The income from most corporate bonds, for example, does not rise with inflation and is generally not as high as that offered by infrastructure assets.

However, the sector does not look as attractive as it did 12 months ago. At the start of 2018, prices were low and yields were high, but that is not the case today. Many infrastructure trusts have moved to significant premiums to NAV and income levels have fallen, in particular for trusts that did well in 2018. 3i Infrastructure is trading at a premium to NAV of around 20 per cent, with a yield of just 3.1 per cent. BBGI SICAV (BBGI) is on a premium of about 18 per cent, although its yield is marginally more attractive at about 4.3 per cent. And GCP Infrastructure Investments (GCP) is on a premium of 12.5 per cent, although investors might still be lured in by its yield of 6 per cent.

The infrastructure trusts with some UK exposure look better value, but investors need to weigh up the potential risks from a Labour government and from the UK leaving the European Union. HICL’s premium remains depressed because of its exposure to the UK, where it has over three-quarters of its assets. Mr Heathcoat-Amory says: “A Labour government would add political risks, although it is by no means certain how they would nationalise the assets, even if they did come to power. We think it is unlikely to be with zero compensation.”

At the same time, the amount of these trusts' total assets in the UK has shrunk in percentage terms over the past few years. Most trusts have been focusing on other areas of the market, and other countries. International Public Partnerships (INPP), for example, has carved out a niche in offshore energy transmission – pipes that take electricity from offshore wind farms onshore. Other trusts have been buying assets in continental Europe and further afield. This reduces their exposure to the UK’s various political risks.

But there are other risks. Although the lack of supply may push up prices in the short term, some analysts fear it may push infrastructure funds to invest in higher-risk assets such as construction projects and regulated utilities, and increase exposure to overseas assets. This may subtly change the risk profile of the trusts that do this.

“The trust offers exposure to a globally diversified portfolio of primarily demand-based economic infrastructure debt," he says. "Economic infrastructure includes transportation; utilities; power; technology, media and telecoms; accommodation; and renewables. While demand-based projects tend to be higher risk, the project structures are less leveraged and the underlying exposure is to the safer part of the capital structure. Infrastructure debt has a history of low correlation with other asset classes and resilient performance in adverse market environments. Sequoia Economic Infrastructure has a 5.3 per cent yield – one of the highest in the sector – around two-thirds floating rate exposure across 25 sub-sectors, and the lowest fees in the sector.”

Analysts at Stifel Funds have recently upgraded their rating on HICL. They favour the trust because of its “attractive valuation with price close to NAV, one year management termination period and disappointing performance”.

Broker Winterflood favours alternative funds, notably John Laing Environmental Assets (JLEN). This has diversified exposure to a range of renewable energy technologies and environmental projects, including new investment in anaerobic digestion assets, which “reduces its exposure to power pricing and increases its inflation linkage, given the relatively higher proportion of revenues from inflation‐linked government‐backed subsidies.”

These funds tend to be more global in their asset allocation and, importantly, own equities rather than actual infrastructure assets. This means they tend to have more correlation with the stock market – at least in the short term. But managers of listed infrastructure funds argue that they are better investments given the high valuations of some infrastructure assets.

Infrastructure is often seen as a rather staid and dull asset class, which is why many investors like it. But there are also a number of funds focused on niche areas such as African infrastructure or renewable energy assets, and there may be longer-term capital growth opportunities in emerging markets infrastructure.

In many cases, these funds bring much-needed capital to impoverished regions of the world. In Latin America, for example, over 60 per cent of roads are unpaved and 12 per cent of the population remains without electricity. Africa has even worse problems: the World Bank estimates that it takes 12 days and a cost of $625 (£484.58) to export a container from Egypt, but transporting the same container from the Central African Republic would take four times as long and cost almost nine times as much.

For even higher exposure, Utilico Emerging Markets Trust (UEM) mainly invests in essential services or monopolies such as utilities, transportation infrastructure and communications within the developing markets of Asia, Latin America, emerging Europe and Africa. Its share price fell 5 per cent last year, less than MSCI Emerging Markets index's 9 per cent fall in a difficult year for emerging markets, and its discount is near its long-term high of 12 per cent.