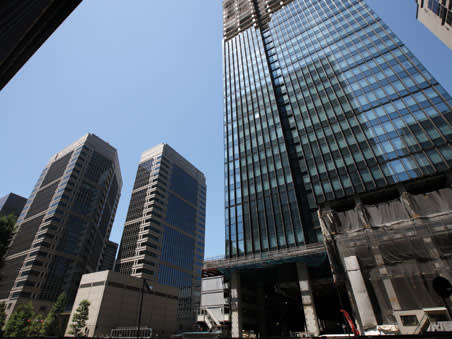 Exposure to illiquids via investment trusts is not plain sailing

The demise of LF Woodford Equity Income Fund and the suspension from trading of open-ended property funds in 2016 and late last year has highlighted the problems that can arise when daily dealing funds hold illiquid assets. This has reinforced the view of some investment professionals that the best way to access illiquid assets like property are closed-ended funds such as investment trusts.

If you want to take your money out of an open-ended fund you sell your units in it back to the company that runs it. The fund’s manager has to reimburse you for the units with cash, and if they do not have this to hand they need to sell some of the fund’s holdings to raise it. This is generally not a problem with shares listed on a public market that can be traded quickly. But if the underlying assets are large commercial buildings it will take a lot longer to sell one – maybe months. Hence the reason why open-ended property funds have, at times, had to suspend trading in their units, albeit for temporary periods of a few months.

Also, because there is pressure to raise cash, the manager of such a fund might have to sell a building at a lower price than if they had more time.

Investment trusts, by contrast, do not have to meet investor redemptions. You cannot sell your shares in an investment trust back to the company that runs it, rather you sell them to another investor on the secondary market via an investment platform or broker. As managers of investment trusts are not under pressure to sell holdings to meet investor redemptions they are more likely to be able to hold assets for the long term. So they could hold something such as a huge warehouse or a skyscraper that might take a long time to sell without the worry that they might have to sell it at short notice.

But don’t think that investing in illiquid assets will be a risk free and easy ride if you do it via a closed-ended fund. A high-risk asset class is exactly that – regardless of the structure of the fund that holds it. If those assets are going to plunge in value, lose your money or be volatile – as can happen with a number of illiquid assets such as private equity or esoteric forms of debt – a particular fund structure or the ability to trade its shares won’t stop this.

Some illiquid assets such as litigation finance or royalties, meanwhile, are newer so are more difficult to judge. This means that, for the time being, you should treat them as high-risk assets because it is less clear how they will perform and what could go wrong.

Each of these areas have their own intrinsic risks which you can read about in greater detail in our various articles in the funds section of the website or magazine, in particular, the Big Themes.

Even if your investment trust’s individual holdings are doing well, if other areas of that asset class are having problems and market sentiment is negative on it your trust's share price could still fall. And with a listed fund you get the share price return – not the net asset value (NAV) return. It also means that the share price returns of investment trusts that invest in unquoted assets could be more correlated to equities than what they actually invest in, so you may not be getting as much diversification as you had hoped for by holding one of these.

Because unlisted illiquid assets are only valued a few times a year their NAV can fall out of line with the real market price. "The NAV can be misleading," explains David Liddell, chief executive of online investment service IpsoFacto Investor. "For example, property trusts can trade at quite a discount because their NAV has not yet been adjusted to the market price."

So the first consideration is not the fund structure, but rather whether you need to invest in those types of assets at all. What asset allocation have you set for yourself, and do these types of illiquid assets have a place in it? Your personal asset allocation depends on a number of factors including the purpose of the money you have invested, and your time horizon and risk appetite.

And it’s not just about risk: if you are seeking growth over the long term some illiquid assets such as infrastructure might not deliver this. Also, multi-asset funds, some of which provide exposure to a range of illiquid assets, may not deliver as much growth over the long term as, say, equities. The greatest risk or opportunity comes from what an asset could deliver – not which type of fund you hold it in.

There could be problems if a trust is run by a manager who also runs an open-ended fund that invests in a number of the same holdings, according to Daniel Lockyer, senior fund manager at Hawksmoor Fund Managers. If the open-ended fund is forced to sell holdings to meet redemptions the prices of those assets could fall and also have a negative affect on the trust’s NAV. This was a problem for Woodford Patient Capital Trust, which is now called Schroder UK Public Private Trust (SUPP). It had a number of holdings in common with LF Woodford Equity Income Fund.

So when things have gone wrong for UK commercial property and the open-ended funds that invest in it have suspended trading, it has not been plain sailing for closed-ended funds focused on it either. In 2008 and 2016, when several open-ended UK commercial property funds were suspended from trading, the share prices of UK commercial property investment trusts plummeted and swung out to massive discounts to NAV. In December 2008, for example, the sector weighted average discount for UK direct property investment trusts was as wide as 49 per cent, with some individual trusts on discounts in excess of 70 per cent, according to broker Winterflood.

Even though you can sell your shares in a trust in such a situation it is likely to be for a much lower price than you bought it for – so at a huge loss. The obvious answer is not to sell your holding until the trust’s share price has recovered, but that means you are in a similar situation to investors in open-ended property funds that have been suspended from trading.

If a trust has a discount control policy, and has to buy back shares or offer an exit such as a tender or wind-up, its manager could be forced to sell assets to finance this. Mr Lockyer points out that the buyback or tender would be at a time when the discount was wide and this is often when the asset class the trust invests in is out of favour. This means that its manager may have to sell the assets at depressed prices.

Investment trusts can take on debt – gear – to invest more money than their investors have given them. This can be a great way to boost returns if those assets go on to do well, but it also exacerbates losses in falling markets – especially if a trust is highly indebted.

“If a trust has gearing where the bank covenants stipulate a maximum loan-to-value ratio (LTV) [it is like] a mortgage because the banks [who lent to the trust] will not want negative equity,” adds Mr Lockyer. “If such a trust’s assets fall in value the LTV will rise. This would mean that the trust’s managers might have to sell assets to pay down some debt. This is most [likely to be an issue for] property trusts, but can also affect ones investing in assets including private equity.”

Some property trusts breached banking covenants during the financial crisis of 2008-2009, including Invesco Property Income Trust which has since wound up.

And it was a problem for Woodford Patient Capital Trust.

So, before you invest, check what level of gearing a trust has, and what the terms and conditions of this are. Also try to find out if the underlying assets are indebted.

So don’t invest in investment trusts focused on illiquid or esoteric assets unless you really need them, and it looks like over the long term they could have a beneficial effect on your returns after charges are deducted.

But all this doesn't mean you shouldn't invest in illiquid assets.

"Illiquid assets are more risky, but in the hands of the right manager can offer more interesting returns," says Mr Liddell. "They also need to be in the right [type of fund] and not [highly] geared. Just make sure you can take that risk."