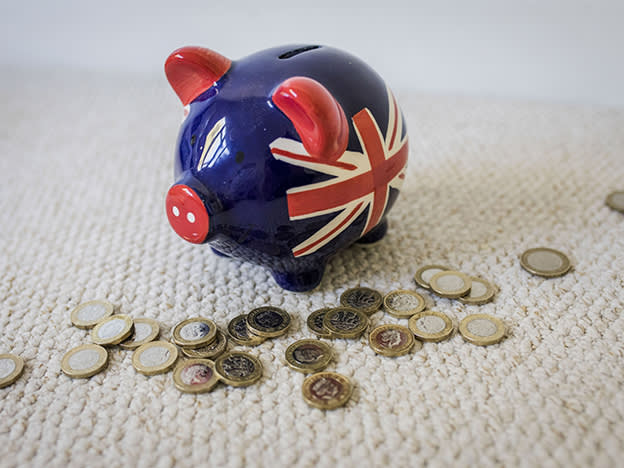 Will pensions feel the Vanguard effect?

The asset manager has unveiled a Sipp offering

Seemingly not content with a shake-up of the funds industry, Vanguard has set its sights on the wider pensions market. Having launched a platform for UK investors in 2017, the asset management giant has unveiled a self-invested personal pension (Sipp) with the stated goal of making retirement saving “simpler and less expensive”. While cheap, it’s an offering that could prove less universally appealing than the tracker funds that made Vanguard a global name in the first place.

The Vanguard Personal Pension stands out in plenty of respects for those with an eye on cost. Investors will pay an account fee of just 0.15 per cent, with those running large pensions pots shielded from the sometimes corrosive effects of percentage-based charges by a fee cap of £375 across all accounts in an investor’s name on the platform. This includes the Sipp, individual savings accounts (Isas) and general account.

This puts the new Sipp at odds with plenty in the market. To contrast it with one well-known example, Hargreaves Lansdown applies a 0.45 per cent account charge to the first £250,000 of assets in its Sipp, with this falling to 0.25 per cent on amounts between £250,000 and £1m, 0.1 per cent on the next million and no charge on assets above the £2m threshold.

“The obvious advantage of the Vanguard Sipp is the cost,” says Lang Cat consulting director Mike Barrett. “15 basis points for the platform capped at £375 is one of the cheapest, but not the cheapest, rates in town.”

Those going down the Vanguard route will also avoid other charges that can sometimes catch out Sipp investors. Investors will not have to pay an annual administration fee and Vanguard will not apply set-up or exit fees. This should make life both simpler and cheaper for users: as Investors Chronicle highlighted in February last year, Sipps can come with a variety of different fees, conditions and functions that should guide your choice of provider.

Platforum, a research provider commissioned by Vanguard to assess the Sipp versus some of its competitors, found that the new offering held up well in terms of overall cost. Jeremy Fawcett, head of the firm, said: “Pension investing is a long-term activity and when fees are low, outcomes are significantly improved. The Vanguard Sipp is one of the lowest-cost options in the market, especially for those at the beginning of their investing journey.”

It’s worth noting that the Sipp will only suit investors in the accumulation stage of retirement saving for the time being: for those wishing to take payments from their pension, Vanguard plans to add drawdown capabilities in the 2020/21 tax year.

As with any product or service, the cheapest options are not for everyone. Such is the case with the Vanguard Personal Pension, given some of its drawbacks.

Firstly, the minimum investment required for those using the Sipp can be higher than elsewhere in the market, if not the highest. Investors can start with a lump sum of £500 or pay in a minimum of £100 a month. To return to our previous example, the Hargreaves Lansdown Sipp allows investors to get started with a much smaller lump sum of £100 or make monthly payments of £25.

More importantly, some investors will find the range of holdings on offer in the Vanguard Sipp too limited. Those using the wrapper are restricted to 77 Vanguard funds when picking their holdings.

In Vanguard’s defence, its range does cover plenty of ground. The company’s exchange traded funds (ETFs) and index funds provide low-cost exposure to a wide range of equity and bond indices, with products focusing on specific parts of the market, from small-caps to longer-duration bonds.

Vanguard also runs ETFs with a focus on investment factors such as momentum and value, with a small number of active funds covering areas such as emerging market shares and corporate debt.

Investors will not have to pay an annual administration fee and Vanguard will not apply set-up or exit fees. This should make life both simpler and cheaper for users

On top of this, the range includes the provider’s LifeStrategy funds, which offer a mixture of equity and bond exposures via the same company’s passive vehicles. Vanguard’s Target Retirement funds, which focus on building a portfolio in preparation for a set retirement date for the investor, are also available.

Vanguard’s UK-domiciled funds, at least by its own account, have held up well against the competition in recent times. In a value-for-money assessment released earlier this year, something now mandated by the regulator, Vanguard found that the majority of its funds had outperformed their peers over one, three, five and 10 years. By ongoing charges, its funds were typically 73 per cent cheaper than the relevant sector average. The Vanguard funds were typically among the cheapest 10 per cent within their respective peer groups.

But this may not be enough to entice confident DIY investors who value the flexibility on offer in other corners of the Sipp market. Some Sipps can give you access to literally thousands of investments. For those with a more esoteric bent, certain Sipps will allow customers to invest directly in the likes of shares, bonds, property, gold and even certain structured products.

If Vanguard appeals to cost-conscious investors with a focus on time in the market, investors who favour proactivity and wider diversification might want more. The passive-heavy nature of Vanguard’s range might also look too limited for those who like seeking out the best active managers. By the same token, those worried about the late-cycle dynamics of markets may lean more towards active funds.

“You need to be happy with only being able to access Vanguard’s funds, both now and in the future,” adds Mr Barrett. “Many investors will be absolutely fine with this, but if that’s not you then it might be worth paying a bit extra in terms of platform fee to be able to access a wider investment range.”

He adds that the user experience should also influence your choice. “If you are wanting lots of tools and guidance, or even advice, to help you choose your investments, then again, Vanguard might not be the best fit,” he says. “They are very much aiming at investors who know what they want, and want to buy it at a very low cost. If that sounds like you, then it’s a very good option.”

Holly Mackay, chief executive of personal finance website Boring Money, added in a blog post on the launch that many investors valued other platform attributes, including “the ability to speak to sensible humans on the phone, a decent app, sites that work reliably well, quick and correct tax reporting and more”.

But she also noted: “For people who want to save into a simple pension and who don’t want to trade, fiddle and buy exotic stuff, and who don’t buy into the idea of backing fund managers who boast of the secret sauce that is a superior ability to pick winners, this pension is good news.”

The price is right

The so-called “Vanguard effect”, or the downward pressure exerted on fund fees following the rise of cheap passives, has been of huge benefit to investors and is still at work today. But Vanguard’s impact in the Sipp space is likely to be less eye-catching for the time being. The variety of different Sipps on offer, rather than one standard offering, and the willingness of some customers to pay extra for good service and functionality should mean Sipp charges prove more resilient than fund fees. It should also take Vanguard time to build a customer base for its proposition.

“In the short to medium term I don’t expect this to have a direct impact on rival platforms,” Mr Barrett notes. “They might see some existing clients moving towards Vanguard, but I don’t think this will happen in huge numbers. However, I do think that rival platforms who are charging significantly more than 15 basis points, with a price cap, will come under pressure to justify their fees and perhaps reduce them.”

Ms Mackay, similarly, believes that the Vanguard effect in the Sipp space will remain modest for now. If the Vanguard brand holds clout among asset management professionals and hobbyist investors, she argues that the US-based company only has a “relatively small” following of UK enthusiasts. As such, the Vanguard Sipp is likely to be one of several factors if price competition intensifies rather than a leading cause.

Costs, and transparency around these, can still be a challenge. In the final report from a probe of the investment platform market, published last year, the FCA noted that some consumers struggled to shop around and choose a platform based on price.

“Charging structures can be complex with many different fees and charges, with different language used to describe similar fees across platforms and pricing information is not always readily available, prominent or clear. This means consumers cannot easily take account of all charges, calculate the total cost of investing or easily compare different options,” the regulator said. However, the FCA also found some “positive signs” of the industry attempting to improve disclosures on this front.

The good news for investors is that platform charges have gradually been falling back in recent years, and this could continue. The FCA, for one, will continue to monitor the state of competition and disclosure in the market, and is due to consult on the idea of banning platform exit fees this year. Hargreaves Lansdown scrapped its exit fee last year, joining the likes of Fidelity and Interactive Investor in doing so.

Separate industry activity could also help push charges lower. With the likes of Interactive Investor focusing on flat fees, competition is forcing platforms to review what, and how, they can charge investors. The arrival of Vanguard could only accelerate this shift.