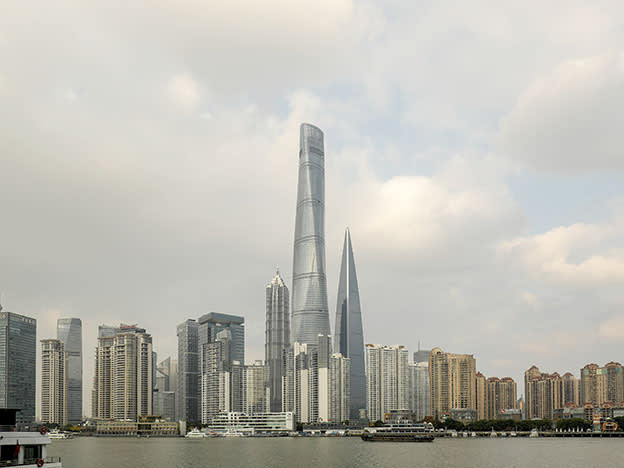 Widespread dividend cuts and interest rates at record lows are not making life easy for income investors. And things don't look set to improve any time soon, with Link Asset Services predicting that UK dividends could fall between 27 and 51 per cent this year, and asset manager Janus Henderson predicting that up to 50 per cent of European dividends are at risk. And while US companies are more likely to reduce share buybacks than dividend payments, as we pointed out in the Big Theme of 10 January, the average US equity income fund yield was only 2.3 per cent compared with 4.5 per cent for UK funds.

However, many countries in Asia are committed to paying dividends and companies look well positioned to continue this trend. Asian banks make the largest contribution to the region’s dividends, are generally well capitalised and have low dividend payout ratios. Many Asian equity income funds, meanwhile, have yields of over 4 per cent, according to Trustnet data.

Asia (ex Japan) dividends appear more resilient than those paid by companies in other parts of the world. The coronavirus pandemic started in Asia and now many countries in this region appear to be largely through it, so are easing lockdowns and resuming economic activity. They were also better equipped to handle the virus as previous experience of the severe acute respiratory syndrome (Sars) epidemic means that countries such as Taiwan and South Korea have been very proactive in terms of their response to Covid-19 and reduced economic damage to their economies.

Some governments in Asia, meanwhile, are attempting to cultivate a better environment for dividend payouts. For example, the Shanghai Stock Exchange has encouraged companies to pay more than 30 per cent of their profits as dividends since 2013, South Korea introduced a penalty tax on excess capital holdings to promote higher dividends in 2014, and the Securities and Exchange Board of India made dividend policies mandatory for the 500 largest listed companies in that country in 2016.

Increasing personal wealth in Asia, and structural trends of urbanisation and industrialisation also bode well for the region’s growth prospects. Long-term growth potential is also important for dividends as this should push up income over time. For example, Taiwan Semiconductor Manufacturing (2330:TAI), the world’s largest contract chip manufacturer, has both strong capital growth and dividend growth potential, and is widely held by Asian equity income funds. But funds that are focused on dividends from sectors such as banking and oil may not have such attractive long-term growth prospects.

A study by asset manager Schroders last year found that two-thirds of total returns in Asia (ex Japan) have historically come from dividends. The report says that contrary to the belief that dividend yielders have low growth potential, in Asia managers often only pay high dividends if they are confident that their future earnings are robust enough to sustain the payout.

Thomas Beckett, chief investment officer at Psigma Investment Management, says that the best prospects for sustainable income streams are in Asia. “The culture of dividends is on the rise in Asia from a low base, with plenty of scope for higher 'payout' ratios, as companies return a higher proportion of their profits to investors to entice them to buy their shares," he explains. "Our portfolios’ bias towards the equity markets of the east remain in place, not least because of the potential for higher levels of income and a lower chance of dividend cuts than we are seeing in the western world.”

The table below shows the sector average total returns of equity income investment trusts focused on the UK and Asia ex Japan, and those that invest globally. The UK has underperformed because this market is dominated by companies in structurally challenged industries such as energy and banking, where companies have been paying out large dividends rather than reinvesting in their businesses.

Risk as well as reward

Before investing in an Asian equity income fund, it is important that you understand what it invests in, and that it is suitable for your personal risk appetite and investor profile. For example, banks and miners make up a considerable portion of the Australian stock market and these could experience dividend cuts, so a fund overexposed to Australian stocks may experience larger income falls than others. National Australia Bank (NAB:ASX), for example, has reduced its payout by three-fifths and Westpac (WBC:ASX) has suspended its June payout. Janus Henderson says that “the lack of sector diversification within the Australian stock market leaves dividends very vulnerable to cuts from the banks but also to a weakened global commodity market”.

You also need to be mindful of potential currency fluctuations when investing in overseas funds. As the pound has been very weak in recent years it has tended to boost income from overseas holdings for UK investors. But if the pound strengthens against the currency your dividend is paid in, this will erode its value in sterling terms. However, Rob Morgan, pensions and investments analyst at Charles Stanley, says that such fluctuations tend to even out and should not put you off investing in Asia.

Mike Kerley, manager of Henderson Far East Income (HEFL), points out that while Asian dividends have proved surprisingly resilient so far this year, this is partly because many Asian companies only pay dividends annually based on fixed payout ratios. This means that 2020 payouts have been based on 2019 earnings and he suspects dividends might fall next year.

How to invest in Asian dividends

Due to the risks of investing in Asia ex Japan, such as weaker corporate governance than in western countries, it is not a good idea to pin all of your income hopes on Asia. If you have a high enough risk appetite to invest in Asian equity funds, they should form part of a diversified investment portfolio. Mr Morgan says that if you are investing for income, you could put up to 25 per cent of the equity component of your portfolio in Asia.

Investment trusts can be a good way to invest in equity income shares because they can retain up to 15 per cent of the income they receive from their holdings every year in revenue reserves. This means that in years when a trust's holdings do not pay enough income for it to maintain or increase its own dividend, it can supplement this by drawing on the revenue reserve.

There are only four Asian equity income investment trusts, but they all pay attractive yields, and three of them have raised their dividends for at least 10 consecutive years.

Aberdeen Asian Income Fund's (AAIF) performance has lagged that of its peers, but Ben Yearsley, director at Shore Financial Planning, says it is attractive because it was trading at a discount to net asset value (NAV) of 13.3 per cent as at 22 May, in contrast to its 12-month average discount of 8.1 per cent, according to Winterflood data. The trust has a yield of 5.5 per cent and Mr Yearsley likes that its managers buy shares in companies regardless of their positions in broad regional indices. The strength and durability of companies are also very important to them.

“It is no surprise that Taiwan Semiconductor Manufacturing and Samsung are its two biggest holdings, as they are among the 'safest' Asian companies with excellent balance sheets,” says Mr Yearsley.

Schroders has an established and experienced equity team investing in Asia, which includes Matthew Dobbs, who has managed Asian equity portfolios since 1985 and has a strong track record. He manages funds including Schroder Oriental Income Fund (SOI), which had a yield of 5.1 per cent as of 22 May and was trading at a discount to NAV of 7.4 per cent. Analysts at broker Numis say Mr Dobbs’ focus on quality companies with strong balance sheets should support performance given the uncertain economic environment. However, the trust can apply a performance fee of 10 per cent of any outperformance of its NAV over an annual hurdle. So Mr Morgan prefers Schroder Asian Income Fund (GB00BDD29849), managed by Richard Sennitt, which does not have a performance fee. Six out of the 10 largest holdings of each of these two funds are the same.

Darius McDermott, managing director at FundCalibre, suggests Guinness Asian Equity Income (IE00BDHSRF15). He says it has a “well defined and disciplined process” and its managers, Edmund Harriss and Mark Hammonds, hold only 36 equally-weighted stocks. They have a relatively small number of holdings to ensure that each one makes a meaningful contribution to performance. Mr McDermott says that they look beyond companies that currently have a high dividend yield and instead focus on those that can sustainably grow their dividends. There is a value element to the process, as they target companies whose shares under price the likely persistence of returns on capital.

JPMorgan Asia Growth & Income (JAGI) is the best-performing Asian trust over one, three and five years, helped by its focus on large-cap growth stocks. The trust's lead manager, Eyaz Ebrahim, has consistently backed tech stocks and these accounted for nearly 19 per cent of its assets at the end of April. The trust pays a dividend of 1 per cent of its quarter end NAV four times a year, but does this by selling holdings – as well as from any dividends its underlying holdings pay. However, broker Stifel, which rates the trust as a 'buy', says: “Given the dividend is paid out of capital it is likely to be somewhat volatile and not the stable income stream that many income investors would seek.”