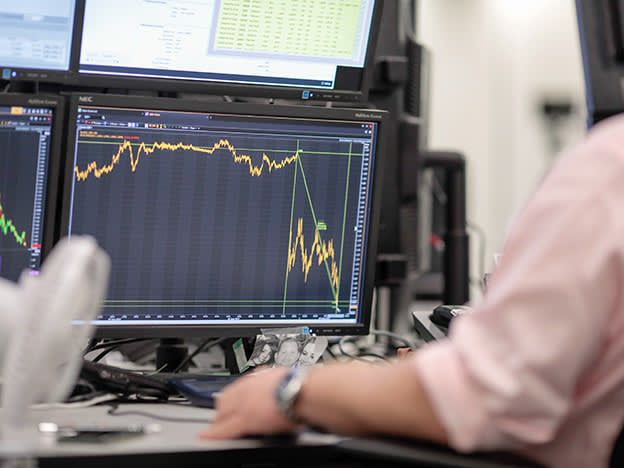 Investment trusts have some structural features that enable them to do things that open-ended funds cannot. This includes the ability to gear – borrow money to invest – so that they have more invested than the money they have taken from investors. This extra exposure has often enabled investment trusts to outperform similar open-ended funds that do not have gearing and relevant benchmark indices when these are rising.

However, investment trusts with a good level of gearing also make greater losses than markets and similar open-ended funds if prices move in the other direction. This is one of the reasons why investment trusts’ net asset value (NAV) and share price returns can be more volatile than the performance of similar open-ended funds and relevant market indices.

And this has happened to some UK investment trusts this year. The average Association of Investment Companies (AIC) UK All Companies sector trust's share price fell further than the FTSE All-Share index and the average Investment Association (IA) UK All Companies fund over the six months to 18 June, a period that captures the sell-off between February and March. But these investment trusts' share price returns outpaced the market over the three months to 18 June, a period in which prices have broadly recovered.

Equity-focused trusts with a good level of gearing have benefited from the market rebound of recent months. And with lockdowns easing around the world and central banks pumping money into the financial system, markets could continue to race ahead for some time.

However, there are concerns about where equities are headed. Analysts have noted a worrying contrast between the horrific state of recent economic data and the optimism implied by a surge in equity prices around the world. UK stocks, for example, may have raced ahead since late March, but the UK economy shrank by a record 20.4 per cent in April, according to the Office for National Statistics. So it is important to monitor how much gearing equity investment trusts have – regardless of whether you want to double down on markets or go for a more conservative strategy. While never a reason on its own to buy or drop a trust, this metric should be one of the factors that informs your decisions at an unpredictable time for markets.

The table below shows equity trusts that had gearing of at least 10 per cent on 18 June and outlines how each trust’s shares traded versus the value of their assets on the same date. The analysis focuses on trusts that invest predominantly in equities. The table excludes multi-asset funds such as Value and Income Trust (VIN) and Shires Income (SHRS), although they had notable levels of gearing. But trusts with very limited allocations to non-equity assets are included.

The analysis covers trusts in the AIC’s Asia, Europe, global, emerging markets, Japan, North America and UK sectors, including smaller company and income sectors. However, more niche offerings such as single-country or specialist sector trusts are not included.

The most highly geared trusts

It is worth assessing how gearing plays into each trust’s strategy. Chelverton UK Dividend Trust (SDV) has a high gearing level because it has a split capital structure, something that has become less common among investment trusts over time. Split capital investment trusts issue different types of shares, for example ordinary shares and zero dividend preference shares (ZDPs). ZDP shareholders are paid a set amount by a certain date but do not receive dividend income. The ordinary shares effectively 'borrow' money generated by the ZDPs, enhancing gains in good times but also amplifying volatility.

Chelverton UK Dividend Trust’s investment portfolio looks more prone to volatility than some of its peers. Its managers, David Horner and David Taylor, seek a high income from the UK equity market, and tend to focus on small and mid-cap stocks. The fund was well diversified across 76 stocks at the end of April, but many were quite small – 34 had a market cap of less than £100m. Analysts at RSMR, a fund ratings agency, have noted that the trust's managers tend to seek stocks that yield at least 4 per cent. In times of dividend challenges, this could expose the fund to further risks. However, its yield strategy and focus on UK smaller companies, which have been out of favour in recent years, could work well for adventurous investors seeking bargains.

Chelverton UK Dividend Trust may be an extreme example of gearing levels, but appears to be part of a broader trend. Equity income trusts have seemed especially inclined to use gearing in recent times. Nine of the trusts in the table above are UK equity income trusts, and two – Murray International Trust (MYI) and Scottish American Investment Company (SAIN) – are global equity income trusts with gearing of at least 10 per cent.

This may well relate to the difficulty in generating attractive yields, which was an issue even before the coronavirus emerged. Although investment trusts can use revenue reserves to top up dividend payments in difficult markets, gearing can be a way to further enhance their income.

Analysts at broker Stifel noted in May: “We think the ability of some of the equity income trusts to borrow at relatively low interest rates and reinvest the debt in higher-yielding equities is one factor that encourages some of the trusts to use leverage and boost the dividends they can pay to shareholders.”

Some income trusts with a less high-octane approach also have a reasonable level of gearing. City of London Investment Trust (CTY), which has 10 per cent gearing, is a relatively mainstream UK equity income fund, which in part relies on some of the market’s big dividend payers. But it is well diversified, with 90 holdings at the end of May, and its manager focuses on companies with strong balance sheets.

Murray International's manager, Bruce Stout, also focuses on defensive businesses but globally, and he favours high-growth regions such as Asia.

A number of Japan equity trusts, including Fidelity Japan (FJV) and CC Japan Income & Growth (CCJI), have high levels of gearing, although for different reasons. Stifel analysts note, for example, that CC Japan Income & Growth is among those trusts that “tend to use meaningful leverage on an ongoing basis”, perhaps as a way to generate additional income.

Others may be looking to capitalise on relatively cheap valuations. The Japanese market has tended to look cheaper than its peers in recent history, even prior to the coronavirus sell-off.

This could also apply to UK growth trusts. UK stocks sold off especially hard earlier this year, in part because of the market's exposure to troubled sectors such as energy. And with Brexit uncertainty the UK market remains unloved and may have been a more obvious region for investors to abandon.

The UK market still appears to be out of favour in some respects even though it has rebounded since late March. This is reflected in the large discounts to NAV of two of the UK growth-focused trusts in the table – Henderson Opportunities Trust (HOT) and Keystone Investment Trust (KIT).

Trusts such as these may appeal to contrarian investors with a high risk appetite who wish to buy UK exposure at seemingly cheap prices. Henderson Opportunities Trust, for example, has a good level of gearing but also a strong bias to smaller, early-stage companies with significant growth potential, tilting it towards an out-of-favour part of the market. The trust's managers take a value investment approach, looking to buy unloved or under-researched companies at good prices.

The trust's largest holdings at the end of May included Blue Prism (PRSM), a robotic process automation specialist that has taken a hit amid the current crisis, and metals and mining giant Rio Tinto (RIO). Value-style investing – buying stocks that appear to be trading for less than their value – has generally lagged growth-style investing in recent years, but some analysts believe a comeback is due.

However, with markets looking exposed to plenty of challenges you may prefer to steer clear of highly geared trusts for now. You could instead invest in open-ended funds, or investment trusts with lower levels of or no gearing.

You can see what level of gearing a trust has on the 'Analyse investment companies' page of the AIC website or data provider Morningstar's website at www.morningstar.co.uk

It is worth regularly monitoring investment trusts' level of gearing and other sources of insight such as their managers' commentaries for a fuller understanding of how the gearing is being put to use.