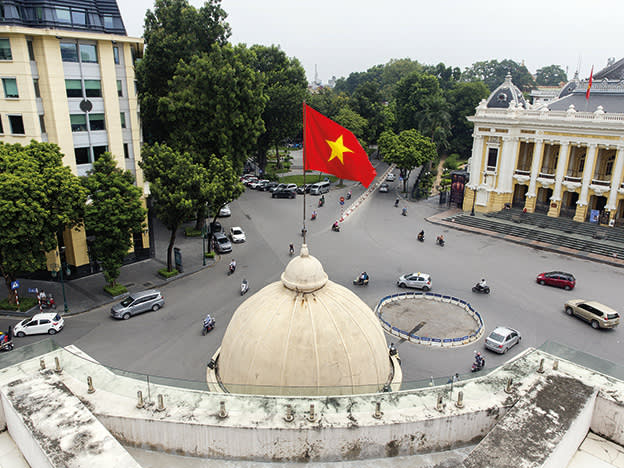 Our suggestions for exposure to emerging markets equities

Perhaps the most important area for long-term growth investors is emerging markets, because populations and wealth in these parts of the world are growing as the countries, economies and markets develop. These markets are also less researched than developed markets, so should give active managers more opportunities to find good companies. But along with growth potential comes a lot of risk, as these areas are often less politically stable and have lower levels of corporate governance than developed economies. So funds focused on these areas are better suited to investors with long term investment horizons and high-risk appetites.

Austin Forey has managed JPMorgan Emerging Markets Investment Trust since 1994 and is supported by a large team of analysts. They aim to invest in quality stocks with sustainable growth potential that are attractively valued. These include fast-growing and profitable companies that create value but require very little capital, such as consumer brands, software, social media and e-commerce companies.

The trust has been underweight energy stocks for a long time because few of these companies meet its investment team’s standards on economics, duration and governance, or offer compelling expected returns. However, the investment team pick holdings according to their individual merits rather than just because of what sector or country they are in, considering their growth potential. At the moment in particular, because company earnings are challenged, they are looking for companies where the earnings growth can compound over the long-run.

“JPMorgan Emerging Markets Investment Trust has been a consistent performer in a perennially volatile asset class,” say analysts at Winterflood. “The experience provided by manager Austin Forey is key, alongside the support provided by JPMorgan’s extensive resources, and the focus on high-quality growth companies should continue to drive performance in the long run. The discount control policies in place, which were amended last year to allow buybacks even if the discount is under 10 per cent, offer some protection against downside risk.”

Federated Hermes Global Emerging Markets Equity’s managers, Gary Greenberg and Kunjal Gala, aim to invest in high-quality, efficient and sustainable companies that will benefit from structural changes within emerging economies. They like companies whose growth is supported by robust, defensible franchises, that generate a high return on equity and maintain strong balance sheets. They buy them at what they consider to be attractive valuations so that they have the potential for further upside and to reduce the risk of capital loss.

Mr Greenberg and Mr Gala take into account the economic conditions in which companies operate, and favour emerging economies that provide environments supportive of growth. They particularly like companies operating in areas such as the roll-out of 5G networks, application of the internet of things, increasing financial penetration, healthcare and infrastructure development, and premium consumer products.

The fund’s management team considers environmental, social and governance (ESG) factors as part of its risk analysis, and vets and investigates opportunities or potential threats to company performance. Federated Hermes’ global stewardship team engages with companies and regulators to influence corporate boards, regulators and industry bodies to act in the interests of long-term shareholders. The stewardship team votes at annual general meetings of the companies the fund invests in and provides support on ESG issues they are affected by.

BNY Mellon Global Emerging Markets aims for growth over five years or more. Lead manager Rob Marshall-Lee, alternate manager Sophia Whitbread and their team at BNY Mellon boutique Newton seek to achieve this via an emphasis on quality and governance. They like companies with strong balance sheets, the ability to sustain profit margins through downturns and strong cash conversion of profits. They think it is very important that companies are run in the interests of all shareholders, and generate real value from their growth and reinvest it for the benefit of all shareholders.

For these reasons, the fund’s managers are not keen on state-owned companies and tend to be underweight sectors in which they are often found such as oil and gas, utilities, and telecoms.

The fund’s managers try to invest in what they consider to be future opportunities by investing along the lines of a number of themes, focusing on areas with strong growth potential rather than old profit pools. Consumer companies accounted for nearly 40 per cent of the fund’s assets and information technology 27 per cent at the end of July.

China accounted for about a third of its assets. The fund’s managers believe that this country is best positioned for recovery over the next 12 months and India over the next five years.

Newton-managed funds tend to be run via a team approach, with fund managers and global research analysts working together in a single location. The aim is to enable them to generate and implement ideas effectively.

Fidelity Emerging Markets’ lead manager, Nick Price, and deputy Amit Goel aim to invest in high-quality, attractively priced companies that can deliver sustainable returns. They favour ones with strong market positions and competitive advantages, because they think these can deliver attractive earnings throughout the economic cycle. They also like companies to deliver superior returns on their assets and have well-capitalised balance sheets on the grounds that such companies are usually more able to fund internal growth without diluting existing shareholder earnings by issuing new shares.

They typically invest the fund in medium to larger-sized companies with a market capitalisation of greater than $1bn (£751m), and set a target price for every stock under consideration.

BlackRock Frontiers Investment Trust is one of the few options available to private investors for getting exposure to frontier markets, which are even less developed than emerging markets. Frontier markets typically have lower market capitalisations and less liquid stock exchanges, making them higher-risk, so are only suitable if you have a very high risk appetite and long-term investment horizon. But they have the potential for even stronger growth than emerging markets.

The trust is run by Sam Vecht, head of BlackRock’s emerging Europe and frontiers active equity team, and Emily Fletcher, who is part of the company’s emerging market specialist team. They focus on well-managed, cash-flow-generative companies, and diversify across many regions and countries.

BlackRock Frontiers Investment Trust’s NAV cumulative performance does not look good relative to MSCI Frontier Markets index. However, this is in part because of underperformance over the first eight months of this year, last year and in 2017. Historically, the trust has a good record of beating this index’s returns.

Analysts at Winterflood say:“The managers’ emphasis on cash-generative companies should stand the trust in good stead in the years ahead. Frontier markets are a long-term asset class that should generate returns less correlated with more mainstream developed and developing markets over time. BlackRock Frontiers Investment Trust is complementary to other, more mainstream emerging markets funds. It does not target income, but has grown its dividend every year since its launch in 2010. Downside discount risk should be minimised by a mechanism via which shareholders can realise their entire holding at NAV less costs every five years. The next opportunity is around the time of the annual general meeting in early 2021.”

The trust offered a yield of about 6.5 per cent as of 28 August. This year the trust paid an interim dividend of 2.75¢ per share, down from 3¢ last year. Its board says that whether it will pay a similar final dividend to last year will depend on the state of the revenue account in the second half of its financial year. It may use the revenue reserve to support the full-year dividend.

ASI Latin American Equity is run by Aberdeen Standard Investments’ global emerging markets equity team. They aim to find high-quality companies at attractive valuations and hold them for the long term. Their primary investment concern is whether companies demonstrate outstanding quality characteristics, such as strong managements and balance sheets. They invest via a value approach.

The fund is relatively concentrated, with only 41 holdings at the end of July, and its 10 largest holdings accounted for nearly half its assets. But its investment team try to maintain a diverse asset mix at country, sector and stock level, which should help to mitigate stock specific risk.

Financials accounted for 28.3 per cent of its assets and consumer companies 25.8 per cent at the end of July. Nearly two-thirds of its assets were in Brazil and about a fifth in Mexico.

ASI Latin American Equity’s cumulative performance against its benchmark, the MSCI Emerging Latin America 10/40 +3% index, does not look good. But this is in part due to underperformance over the first eight months of this year and in 2018, with the fund beating its benchmark and other regional indices in some other calendar years since its launch in 2011.

“The labour-intensive and cautious approach of this fund lends itself particularly well to these volatile and less researched equity markets,” comment analysts at FundCalibre. “This, combined with the strength and stability of [its management] team gives us confidence that ASI Latin American Equity fund can outperform over the long term.”

This fund’s returns have been very volatile, in keeping with the high-risk area it invests in, so it is only an option if you have a very high risk appetite and long-term investment horizon – as with other single-country or regional emerging markets funds. You could put a small portion of your assets into it as a complement to existing holdings in broader global emerging markets funds.