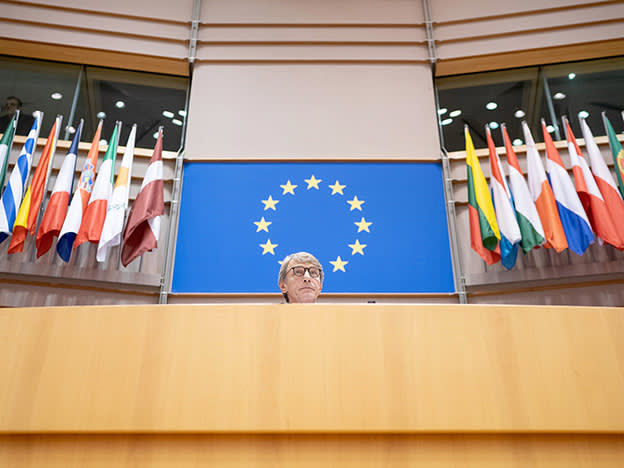 Our suggestions for exposure to European equities

UK investors have been under invested in Europe over the years. But some of the world’s leading companies are listed on markets in this region, and some of the best fund managers run European funds.

Marlborough European Multi-Cap’s manager, David Walton, and deputy manager, Will Searle, look to invest in undervalued businesses that have above-average growth potential. With the help of a large research team, Mr Walton maintains a list of 250 promising businesses, from which he picks around 90 stocks with an emphasis on traits such as the quality of a company’s management team. They tend to select holdings according to their individual merits rather than because of, for example, the sector they are in or where they are listed.

Marlborough European Multi-Cap also tends to have a low turnover rate, allowing its managers to run their winners as they grow.

Although the fund can invest in companies of all sizes it has a bias to small-caps. At the end of June, it had 40.2 per cent of its assets in small-caps (£250m-£1bn) and 38.4 per cent in microcaps (smaller than £250m). The heavy focus on microcaps also distinguishes Marlborough European Multi-Cap from some dedicated European smaller companies funds.

Although the fund’s focus on smaller businesses increases its risk, this is partly offset by a good level of diversification across a variety of different countries and sectors, and via a large number of stocks. And because it is a multi-cap rather than a dedicated smaller companies fund it is not restricted to this area, so its managers can invest in bigger companies if necessary.

This investment approach has resulted in strong returns for the fund, which has outperformed broad European indices such as FTSE Europe ex UK and MSCI Europe ex UK, and the Investment Association (IA) Europe ex UK sector average over one, three, five and 10 years to the end of July.

Montanaro European Smaller Companies Trust’s managers, George Cooke and Stefan Fischerfeier, invest in what they consider to be quality growth companies. They like them to have simple business models, high operating margins and returns on capital, and good management teams. They also like them to be profitable and operate in niche areas in growth markets.

While Montanaro Asset Management believes in paying more for well-managed, financially sound businesses in growth industries with sustainable competitive advantages, it also takes a conservative approach to valuations. The company specialises in investing in small and mid-caps, and has a team of 31.

They look to hold investments for the long term and try to keep turnover of holdings and trading costs low. They conduct their own research, which includes analysis and site visits.

Their analysis has taken into account environmental, social and governance factors for more than a decade, on the grounds that sustainable companies have the best potential for delivering sustainable returns. They will not invest in companies involved in areas including exploration and production of fossil fuels, tobacco, high interest rate lending, and non-medical animal testing.

At the end of July, nearly a third of the trust’s assets were in information technology companies, with 22 per cent in industrials and 17 per cent in healthcare. Nearly half of its assets were listed in Sweden and Germany, with 11 per cent in each of Italy and Switzerland.

David Liddell, chief executive of IpsoFacto Investor, suggested adding Montanaro European Smaller Companies Trust for reasons including its strong performance. The trust has a good record of beating its benchmark, the MSCI Europe SmallCap (ex UK) Index, in sterling terms, and was well ahead of its European smaller companies investment trust peers over one, three and five years as at the end of August.

BlackRock European Dynamic has been run by lead manager Alister Hibbert, who has two decades of investment experience, since 2008 and co-manager Giles Rothbarth since February 2019. They invest in companies where they think the share prices do not reflect the underlying worth or have good growth potential, depending on market conditions.

“Mr Hibbert’s focus is on companies that are likely to surprise positively in terms of earnings and growth,” comment analysts at FundCalibre. “He is unconstrained with regard to company size and sector, and invests in companies with medium to long-term earnings power that is greater than the market, and those in restructuring and turnaround situations. The approach is flexible, varying through market and economic cycles to position the fund appropriately. It typically holds between 35 and 65 stocks.”

At the end of July, the fund was mainly invested in large-caps and had little exposure to the UK, making it a good diversifier for portfolios with significant allocations to the home market.

Mr Hibbert’s approach has been highly successful: the fund has an outstanding performance record against broad European indices such as FTSE Europe ex UK and MSCI Europe ex UK, and the IA Europe ex UK sector average. However, the fund can experience bouts of volatility, so you should have a higher risk appetite and, as with all our Europe fund suggestions, a long-term investment horizon if you invest in it.

TM CRUX European Special Situations is run by highly experienced manager Richard Pease, who has more than three decades of investment experience, and James Milne. They invest in companies they think are undervalued, and are not restricted in terms of market cap size or sector. The fund has historically had an allocation to smaller companies and, for example, at the end of July companies with a market cap of between €1bn (£900m) and €10bn accounted for 36.4 per cent of its assets.

The fund’s managers like companies that operate in areas with high barriers to entry and have strong pricing power, enabling them to generate robust earnings with growth potential. They don’t like highly capital-intensive companies, and look for those where the return on capital employed exceeds the cost of capital. They also want them to have strong free cash flow and higher than usual dividend yields. The managers look to hold companies for the long term.

TM CRUX European Special Situations has an outstanding long-term record of beating broad European indices such as FTSE Europe ex UK and MSCI Europe ex UK, and the IA Europe ex UK sector average. The fund’s short-term performance does not look so good because it underperformed these benchmarks between the start of this year and mid August, and in 2018 – a reminder that this fund can undergo periods of volatility.

Janus Henderson European Focus’s manager, John Bennett, who has run the fund since 2010, aims to provide returns through both growth and income over five years or longer. He and Tom O’Hara, who has been co-manager since January this year, look to get exposure to sustainable long-term growth trends by investing along the lines of certain themes. They invest in larger and under-researched mid-cap companies, and aim to take advantage of investment opportunities across all types of market conditions.

“Mr Bennett and his team begin by considering market and industry dynamics on a global basis, and conduct many company meetings, which gives them an overall insight into the marketplace,” comment analysts at FundCalibre. “The insights lead them to different sector themes, which allow them to narrow their investment universe down to the areas with the greatest potential. Research is concentrated on under-researched stocks where the team can add the most value. They believe in the power of mean reversion, so Janus Henderson European Focus typically has a bias to contrarian investing. It is important for the [fund’s investment] team to identify a catalyst and investing in change is a crucial part of the process.”

Barings Europe Select Trust is managed by Nicholas Williams, head of the Barings small-cap equities team, alongside Colin Riddles, Rosie Simmonds and William Cuss. They aim to exploit market inefficiencies and identify mispriced stocks via analysis of the market and individual stocks. They believe that the bottom 30 per cent of market capitalisation in Europe is a good area in which to find these because it is under-researched.

“Barings Europe Select Trust is run on a growth-at-a-reasonable-price basis,” say analysts at FundCalibre. “The managers look to buy growth stocks at the right price, rather than buying cheap stocks, so the fund tends to underperform in momentum markets when stock fundamentals are less important.”

This fund has soft closed to new investors, but is still available from a number of investment platforms that offered it before the soft close, and are therefore considered to be existing investors.

Schroder European Alpha Income’s performance has not been good since 2017, in part because its manager until March this year, James Sym, ran it via a value investment style, which has not done well over the past decade. But before 2017, the fund had a good record of outperforming broad European equity indices and the IA Europe ex UK sector average. Mr Sym stepped down as manager at the end of March and has left Schroders. The fund’s new manager, Martin Skanberg, is highly experienced having worked in investment since 1994. However, it is too early to know if the fund’s performance will improve and, as there are many other European funds available with proven track records and investment approaches, for the time being it could be better to invest in those instead.