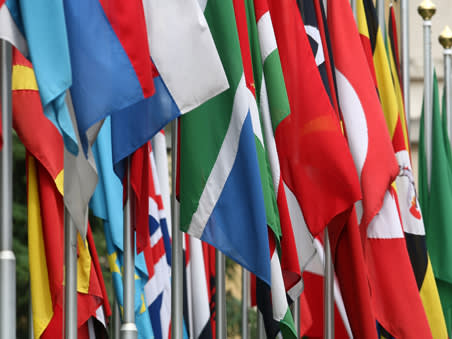 Our suggestions for exposure to overseas equity income

Jupiter Asian Income Fund only launched four years ago but its manager, Jason Pidcock, ran BNY Mellon Asian Income (GB00B8KPW262) between 2005 and 2015, during which time he made decent returns and generated a good income. He has been investing in Asia Pacific ex Japan since 1993.

Jupiter Asian Income aims to generate income and capital growth over the long term – at least five years – and a level of income at least 20 per cent higher than FTSE AW Asia Pacific Ex Japan index.

Mr Pidcock invests in companies he thinks are well managed and positioned in their industries, with scaleable business models and managements committed to sharing the profits with shareholders. Although this is an income fund, he can invest in companies that have a below-average yield if he thinks that they might enhance the fund’s capital growth.

The fund is fairly concentrated and had only 30 holdings at the end of June, some of which are in emerging markets and around a quarter of which are mid-caps. This adds to risk and the potential for higher volatility.

The fund’s cumulative returns did not look good at time of writing, but this is partly because it underperformed broad Asian indices and the IA Asia Pacific Excluding Japan fund sector average between the start of the year and early August. But it outperformed these benchmarks in 2018 and 2019, and offered a reasonable yield of 3.8 per cent at time of writing.

Although Schroder Oriental Income Fund has underperformed compared with peers over the first seven months of this year, the trust has a good record of beating them in many other years. It offered an attractive yield of 4.7 per cent at the end of July and has grown its dividend every year since launch in 2005.

However, the trust’s manager since launch, Matthew Dobbs, is due to retire next year and will step back from management of the trust at the end of this year. From 31 December, the trust will be run by Richard Sennitt. He is also an experienced Asian manager who has run Schroder Asian Income Fund (GB00BDD29849)  since launch in 2006 and worked with Mr Dobbs on his Asian funds for the past 13 years. And he will be supported by 38 analysts in Asia.

The trust’s board said: “Research remains key to Schroders’ investment process, and Mr Sennitt will continue to work closely with a strong network of regional analysts and their fund management colleagues in eight offices around the region.”

Analysts at Numis Securities said: “We do not expect significant changes to the investment approach. Schroder Asian Income fund has around 70 per cent portfolio overlap by value with Schroder Oriental Income, according to Morningstar. We understand Richard will step back from his global small cap responsibilities to focus solely on the Asian mandates. Mr Dobbs will remain at Schroders as an adviser until the end of 2021.”

A downside to Schroder Oriental IncomeFund is its performance fee of 10 per cent ofany outperformance of the NAV over an annual hurdle of 107 per cent of the NAV at the end of the previous calculation period. This was nottriggered in the trust’s last financial year to31 August 2019, so its ongoing charge was0.86 per cent. But in years when it is, the charge can be considerably higher. For example, in the trust’s financial year to 31 August 2017 its performance fee plus ongoing charge of 0.86 per cent added up to 1.95 per cent.

However, when this does happen the trust’s shareholders have been compensated with strong returns and been consistently paid an attractive income.

At time of writing, BlackRock Continental European Income did not offer the highest of yields, at 2.5 per cent, but its excellent total returns and defensive performance compensate for this.

The fund aims to provide an above-average income relative to the FTSE World Europe Ex UK Index, without sacrificing capital growth over five or more years. The trust has an outstanding performance record over longer periods and has particularly proved its worth recently. Between the start of the year and early August, it made a positive return of 2.98 per cent, at the same time as the FTSE Europe ex UK and MSCI Europe ex UK indices fell 2.42 and 1.94 per cent, respectively. The IA Europe ex UK sector average was also a negative return of 1.27 per cent.

BlackRock Continental European Income does not invest in the UK, making it a good diversifier for portfolios that hold UK equity income funds.

European Assets Trust invests in smaller companies and can pay dividends out of capital, if the income from its investments are not enough to meet its aim of paying a dividend of 6 per cent of its NAV on31 December each year.

The trust’s board said in its latest half-year report that many of its holdings had reduced or cancelled their dividends, so it would pay dividends this year using profits and its distributable reserve, which amounted to £368.6m at the end of June.

The trust’s cumulative total returns have not looked good over the past few years. However, these are generally attributable to underperformance of its benchmark, the EMIX Smaller European Companies (ex UK) Index, in 2016 and 2018. The trust outperformed this benchmark last year, over the first seven months of this year and in many other calendar years since its manager, Sam Cosh, joined the company that runs the trust, BMO, in 2010.

The trust’s share price has not done nearly as well over the first seven months of this year, so as of 31 July it was trading at a discount to NAV of 11.4 per cent. But analysts at Winterflood think that the trust’s yield, which was 7.2 per cent at the end of July, means it shouldn’t widen much further. Because of the trust’s attractive income profile, it has at times traded closer to par or at a slight premium.

Analysts at Winterflood add: “Recent adjustments to the portfolio, including the sale of companies with balance sheet risk and the addition of high-quality names at depressed valuations, should leave the trust better positioned to outperform going forward. It is also differentiated by its enhanced dividend policy and offers an attractive prospective yield.”

LF Morant Wright Nippon Yield is managed by a team that includes Morant Wright founders Stephen Morant and Ian Wright. They are value investors who look to grow the fund’s income over the long term. They also look to preserve and grow its capital value, and generate absolute returns. They have been successful in this aim, with the fund delivering positive returns in nine out of the past 10 calendar years.

The fund’s investment team aims to invest in undervalued Japanese companies with strong balance sheets and sound business franchises, whose share prices offer the potential for significant appreciation over the longer term without undue risk. Research, with a strong emphasis on balance sheet analysis, is at the heart of their investment approach.

LF Morant Wright Nippon Yield had an attractive yield of over 4 per cent as of 25 August. The fund has also historically made good total returns, although its cumulative numbers do not currently look good. This is largely because of underperformance so far this year, and in 2018 and 2019. Before this the fund demonstrated a fairly consistent record of outperforming the Topix index and IA Japan sector average.

“This is a good quality fund for exposure to the increasing dividend opportunities in Japan,” says Rob Morgan, pensions and investments analyst at Charles Stanley.

JPMorgan Global Emerging Markets Income Trust aims to deliver a dividend yield higher than that of the average emerging market investment trust and invests in growth companies to try to generate an attractive total return. It has been fairly successful in its aims, with a NAV total return of 95 per cent between its launch in July 2010 and July 2020, ahead of MSCI Emerging Markets Index’s 69 per cent, according to Winterflood analysts. They also point out that the trust has outperformed this index in eight out of 11 calendar years.

The trust has experienced periods of underperformance and volatility, as you would expect with a focus on emerging market equities. For example, it underperformed MSCI Emerging Markets index over the first seven months of this year for reasons including lack of exposure to growth stocks and being underweight China relative to this index. JPMorgan Global Emerging Markets Income Trust tends to focus on quality income stocks.

The trust offered an attractive yield of 4.4 per cent at the end of July, and has maintained or increased its dividend in every full year since its launch in 2010.

Winterflood reported in July that the majority of the trust’s holdings are still paying dividends, but there is a risk that the amount they pay will fall. However, the trust held revenue reserves of at £12.4m at the end of January, equivalent to 0.82 times the dividend it paid in its last financial year, so it could support a revenue shortfall to maintain its dividend at last year’s level of 5.1p per share.

The trust has reduced its management fee from 1 per cent to 0.9 per cent of its NAV per year, as of 1 August.