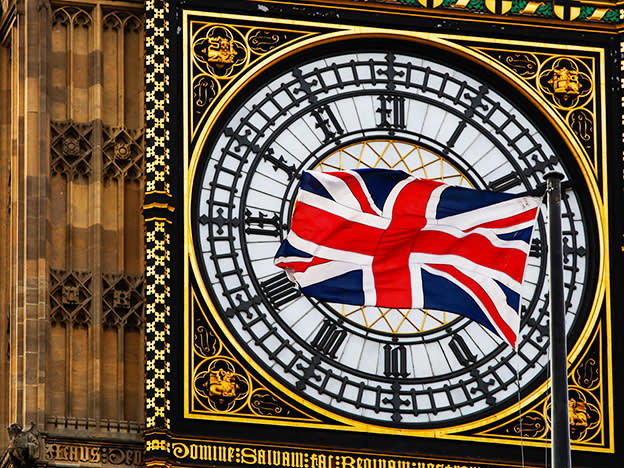 The UK has traditionally been the go-to area for equity income, with the home index offering one of the highest yields. However, the economic effects of the coronavirus outbreak this year has resulted in a number of UK companies cutting, axing or suspending their dividends, including historically reliable payers such as Royal Dutch Shell (RDSB) and BP (BP.).

However, there are still UK companies generating and growing their payouts. A good way to get exposure to these is an active fund run by an experienced investment team which can, among other things, assess how sustainable these opportunities are going forward.

Investment trusts, meanwhile, also have the benefit of being able to hold back dividend income in good years, meaning they have reserves that enable them to maintain or even increase dividends in leaner years.

Although TB Evenlode Income is not included in the IA UK Equity Income sector it has steadily increased its dividend since launch and offered a reasonable yield of 3.29 per cent as of 10 August. The fund’s managers, Hugh Yarrow and Ben Peters, place an emphasis on sustainable dividend growth by investing in companies that make high returns on capital and generate strong free cash flow.

The fund soft closed on 1 May 2018, since when it has charged new investors a 5 per cent initial fee to stem inflows and prevent it from becoming too large. However, investment platforms that sold the fund before this are counted as existing investors, so if you purchase this fund from one of these you will not incur the 5 per cent initial fee. Platforms hosting the fund includeHargreaves Lansdown, Interactive Investor, Bestinvest and AJ Bell Youinvest.

Finsbury Growth & Income Trust has been run by highly regarded manager Nick Train since 2000. He has built a concentrated portfolio of companies that have strong brands and/or powerful market franchises. The trust typically does not hold more than 30 stocks and at the end of July had just 24. It also tends to have a significant portion of its assets in consumer goods companies – about 48 per cent at the end of July.

Mr Train tends to hold investments for the long term, so there is low portfolio turnover, meaning that trading costs eat less into returns.

Finsbury Growth & Income Trust has an outstanding record of beating the FTSE All-Share index and other UK equity income investment trusts, and has proved to be a defensive choice, including during recent volatility. Over the six months to the end of July, for example, the trust’s NAV was down 7 per cent, during which period the FTSE All-Share index was down 19 per cent and the average UK equity income trust was down 22 per cent.

The trust typically has a low yield – about 2 per cent as of 31 July. But its board aims to increase or maintain its total dividend each year, and in respect of its financial year ended 30 September 2019 raised its dividend by 8.5 per cent from 15.3p to 16.6p.

Despite its popularity, Finsbury Growth & Income Trust typically only trades at a slight premium to NAV because its board issues shares to prevent it from trading at a significant premium.

Rathbone Income has historically been a more defensive UK equity income option, although is not immune to market falls, as this year’s volatility has shown. Its managers, Carl Stick and Alan Dobbie, continue to invest with that mindset and their first priority through the current crisis is to preserve capital. They recently said: “We are looking through the current crisis, and investing in businesses that have a robust future on the other side. We focus on businesses that offer sustainable cash returns on investment, which means that they are the ones best able to grow profits, through the investment of their own cash into their own businesses, without diluting returns. If they continue to pay out a proportion of these earnings as dividends, they should generate increases in income that beat inflation. We believe investors are better served by buying strong companies that are likely to increase their payments in the future than buying cheaper businesses with a higher yield, ie more income for your pound today, whose dividends could remain stagnant for years or even fall.”

Even so, the fund offers a very attractive yield of over 5 per cent as of 13 August and has increased its dividend in 25 of the past 26 years.

The fund has made steady positive returns in most calendar years and over the long-term beats the FTSE All-Share index and IA UK Equity Income sector average.

City of London Investment Trust has raised its dividend for 54 years in a row, and despite a number of cuts and cancellations by UK-listed companies, its board plans to raise it for a 55th year. For the trust’s financial year ending on 30 June 2021 it expects to pay in excess of the 19p-a-share it paid in its last financial year, using income from its investments and revenue reserves.

The trust has been run by Job Curtis since 1991 and he mainly invests in UK equities, in particular large, multinational companies. The trust also has small allocations to overseas equities, including Deutsche Telekom (GER: DTEX.N), Johnson & Johnson (US: JNJ), Novartis (NOVN:VTX) and Nestle (NESN:VTX).

Mr Curtis has a conservative management style, and prioritises sustainable income and long-term capital growth. However, the focus on larger companies means that the trust can lag sector peers that have a smaller companies focus. Even so, it has beaten the FTSE All-Share index over the long term and makes positive returns in most calendar years.

“This is a well-established income and growth trust,” comment analysts at FundCalibre. [Job Curtis’] thorough research process and conservative approach to stock selection has generated steady returns over a long period of time. He focuses on companies that have the ability to pay and increase their dividends over time, pays close attention to valuations, and is careful not to overpay when he initiates positions. Mr Curtis particularly likes companies with a competitive advantage, and has historically favoured multi-national brands with stable earnings and growth prospects. [City of London Investment Trust] is an excellent core option for investors wanting UK equity exposure.”

At 0.39 per cent, the trust has one of the lowest ongoing charges of all active funds.

Troy Trojan Ethical Income’s total returns have a typically defensive profile, in keeping with Troy’s investment approach. This prioritises the avoidance of permanent capital loss via conservative asset allocations. They invest in high-quality companies at reasonable prices which they look to hold for the long-term. The defensive profile has proved its worth in this year’s volatility, with the fund down 7.85 per cent between the start of the year and mid August, compared with falls of 17.3 per cent and 20.05 per cent for the FTSE All-Share index and IA UK Equity Income sector average, respectively.

The fund’s total returns have also consistently beaten the FTSE All-Share and IA UK Equity Income sector average since its launch in 2016, beating many funds that do not include an ethical screen.

The fund excludes investments in areas including armaments, tobacco, fossil fuels and high-interest-rate lending. It still has exposure to a variety of sectors, in particular consumer companies, which accounted for 36 per cent of its assets at the end of July.

However, this has been at the expense of income as the fund is paying an interim dividend of 1.2p versus 1.78p a year ago. The trust’s managers say that this is because of cancellations, cuts or deferrals of dividends, and positions taken over the past 18 months to bolster dividend growth and sustainability at the expense of headline yield. But the trust’s managers add: “We are confident that recent and ongoing changes improve the durability of underlying free cash flow growth, supporting the fund’s long-term income-generation potential.”

As well as investing in listed equities and funds, Law Debenture Corporation owns a professional services business, differentiating it from other UK equity income funds. This accounted for around 15 per cent of its NAV at the end of last year, and the additional revenue from this helps it pay a decent income. Over the 10 years to 31 December 2019, 35 per cent of the trust’s dividends have been funded by the professional services business, and it has maintained or increased its dividend every year for 41 years.

The trust also has a relatively large revenue reserve of £62.5m which could cover two years of dividends at this year’s level. So despite many UK companies cutting or suspending their dividends over the past few months, in 2020 Law Debenture Corporation’s board plans to pay a dividend of at least the same level it paid last year – 26p per share.

The trust’s investment portfolio is run by highly experienced manager James Henderson, who has made very strong returns with the funds he runs, alongside Laura Foll. Law Debenture Corporation has made strong total returns over the long term, beating benchmarks such as the FTSE All-Share index and AIC UK Equity Income sector average, helped by the fact that its managers do not necessarily have to buy high-yielding stocks because of the income from the professional services business. However, their contrarian, value investment style means the trust’s returns can be volatile from year to year and undergo periods of underperformance.

The trust’s ongoing charge of 0.3 per cent makes it one of the cheapest active funds available to UK investors.

The trust aims for an attractive and growing level of dividends, and capital growth over the long term.

It has been run since launch in 2011 by Gervais Williams, a highly experienced UK smaller companies manager, alongside Martin Turner. They look to invest in companies that can grow their dividends on a sustainable basis, so favour ones with resilient balance sheets and in a good position to pay stable dividends over the long term.

The trust had an attractive yield of 4.6 per cent at the end of July and has increased its dividend every year since 2014. The managers diversify risk by having a large number of holdings – 130 at the end of June.

The trust offered performed well against the FTSE All-Share, Numis Smaller Companies ex Investment Companies and FTSE Small Cap ex Investment Companies indices. Despite the fund’s exposure to smaller companies and Aim, it has also proved to be defensive in the recent turbulence; it fell only 8 per cent over the six months to the end of July, in contrast to a fall of 19 per cent for the FTSE All-Share and 22 per cent for the average UK equity income trust.

MI Chelverton UK Equity Income has made strong total returns over the long term, but over shorter periods can be volatile – as you would expect with a fund that mainly invests in small and mid-cap companies. For example, it underperformed the Numis Smaller Companies excluding Investment Companies index and the IA UK Equity Income sector average between the start of this year and early August. But it has often beaten these benchmarks in other calendar years over the past decade and the focus on smaller companies provides a different exposure to many other UK equity income funds that focus on larger companies.

The fund aims to provide a growing income stream and achieve long-term capital growth, and had a yield of nearly 5 per cent as of 10 August.

Edinburgh Investment Trust removed Mark Barnett, former head of equities at Invesco, as its manager in March after the trust had under performed for a number of years. Since then it has been run by James de Uphaugh and Chris Field at Majedie Asset Management.

The new managers have a good reputation and have put in place a new strategy. However, it is too early to judge whether they will be able to turn around performance so we are dropping the fund for now, though will monitor its progress going ahead. There are many other UK equity income funds that have a proven record of making good returns and income.