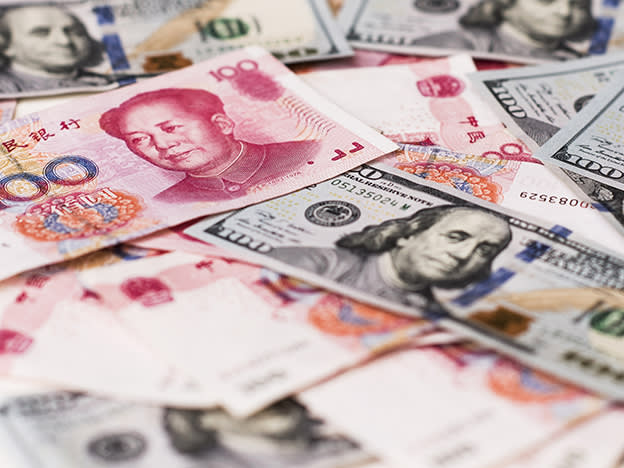 However, Chinese stocks do face some problems. The US/China trade war continues to rumble on, with Washington imposing sanctions on chipmaker Semiconductor Manufacturing International Corp (QXI:SMICY) and complications over the sale of Chinese-owned video app TikTok. Any further escalation could spell trouble for returns.

But companies in other Asian nations have managed to generate business from the trade war as the likes of US companies look for new markets and suppliers. In this context, investors may want to take more specific forms of exposure in Asia or look beyond countries included in the main index by using single-country funds.

Generalist Asia and emerging market funds tend to have high exposure to China, so single-country funds could be a way to take a more discerning approach. Single-country funds offer fairly concentrated exposure, meaning the rewards can be substantial if you make the right call. However, the opposite can also apply: individual markets are subject to idiosyncratic risks such as economic problems and political crises, and single-country funds are highly exposed when things go wrong.

A good example is the Indian market, which was hugely popular amid the economic reforms of 2017, resulting in strong returns that year. A combination of economic problems and a messy coronavirus response have since seen Indian stocks struggle somewhat in 2019 and 2020.

Single-country funds should generally only form a small part of your portfolio, and may work best as an addition to existing allocations to the region. As with any core/satellite approach, also remember the risks of inadvertently duplicating exposure. Single-country funds may share country exposures and stocks with Asia, emerging markets and even some global funds.

Also, because liquidity can be limited in some of the markets discussed below, many of the active single-country funds highlighted are investment trusts. Because of the share price dynamic, they can be more volatile than open-ended funds.

We also highlight some passive, single-country exchange traded funds (ETFs). These should give straightforward exposure, but putting your money into the hands of an active manager may be a better bet in such volatile markets. Single-country exposures in developing markets, in general, require a great deal of patience.

Vietnam has benefited from the trade war in recent years, with manufacturing among the industry sectors to receive a boost from US-China tensions. Although Vietnam is a fairly poor nation it has favourable demographics and cheap labour costs, and could continue to benefit from businesses seeking an alternative to China in areas such as manufacturing. Like many of its Asian peers this is a volatile market (see table) but could reward investors in the longer term. Classed by index provider MSCI as a frontier market, Vietnam tends to be absent from many generalist Asia funds.

“This is a communist country like China that’s trying to embrace a form of western capitalism," says Ben Yearsley, director at Shore Financial Planning. "It has cheap manufacturing and a young population, and has handled Covid-19 well.”

How different Asian markets have fared

For active exposure, there are three London-listed investment trusts that focus specifically on Vietnam: VinaCapital Vietnam Opportunity Fund (VOF), Vietnam Enterprise Investments (VEIL) and VietNam Holding (VNH). Shares in all three have sold off heavily over the past year and trade at substantial discounts to the value of their underlying assets, but the first two have fared better over the longer term. Vietnam Opportunity Fund shares have delivered a total return of 20 per cent in the three years to 5 October, compared with 16 per cent for Vietnam Enterprise Investments and a 15 per cent drop for VietNam Holding, according to Winterflood. Over five years VinaCapital Vietnam Opportunity's shares have made a total return of 130 per cent.

But VinaCapital Vietnam Opportunity Fund stands out because of its strong performance. The trust, whose managing director spoke to IC specialist writer Mary McDougall earlier this year (IC 11/09/2020), also has a notable focus on unlisted companies. Some 37.7 per cent of VinaCapital Vietnam Opportunity’s assets were in unlisted companies, including those backed by private equity, and its managers have stressed that 80 per cent of its new investments are unlisted. In Vietnam, a restriction on the foreign ownership of listed shares means that investors can sometimes find better opportunities among unquoted companies.

Vietnam Enterprise Investments, by contrast, can only have up to 15 per cent of its assets in illiquid holdings. Vietnam Holding recently stated that 45 per cent of its assets were affected by restrictions on foreign ownership. But it may appeal because of the environmental, social and governance (ESG) focus integrated into its investment process. Its managers recently noted reports that Vietnamese companies committed to sustainability solutions were proving more resilient amid the coronavirus crisis.

On the passive side, Xtrackers FTSE Vietnam Swap UCITS ETF (XFVT) focuses on blue-chip companies in the region. But because diversification rules are different for passive ETFs, and single-country ones sometimes track small markets, they can be especially concentrated. This ETF, for example, held just 17 stocks at the end of August and had nearly 57 per cent of its assets in financials. Its biggest position, Vinhomes, made up more than 15 per cent of its assets.

Other markets and their risks

Thailand could benefit from the trade war if companies relocate production to the country, although it may prove vulnerable to some of the knock-on effects, such as economic disruption in China. Like Vietnam, it has experienced significant market volatility this year.

Aberdeen New Thai Investment Trust's (ANW) shares have tumbled in the past year and its managers do not expect an immediate pick-up in the broader market. In a recent commentary, they warned that they remained cautious about the near-term outlook for Thai stocks. “While the country has done well to curb the spread of Covid-19 thus far, the disruption to economic activity will take some time to overcome," they explained. "This is true not only for Thailand and its neighbours, but also for the world economy. The recovery of the country’s tourism and export-driven economy is therefore contingent on a healthy resumption of global trade and the easing of international travel restrictions.”

So the trust's managers are backing companies with solid fundamentals, such as steady credit lines, robust balance sheets, good cash flow and prudent management. Aberdeen New Thai Investment Trust's shares were trading at a 6.1 per cent discount to net asset value on 5 October, so it could appeal to extremely patient investors.

It remains unclear whether India will benefit from the trade war and this market has struggled in the short term. But it is huge with many opportunities for patient investors. And the recent poor performance could offer a cheaper entry point for investors with a good tolerance for risk. Rob Morgan, pensions and investments analyst at Charles Stanley, says: “I can understand why you might want to allocate tactically there due to the variety and dynamism of the economy.”

As India is a bigger market, there are a number of open-ended funds focused on it. We include Goldman Sachs India Equity Portfolio (LU0858290173) in the IC Top 100 Funds list, which Mr Morgan favours because of its broad, on-the-ground team. And analysts at research organisation FundCalibre have praised its managers extensive due diligence process.

Passive exposure is available via ETFs such as iShares MSCI India UCITS ETF (IIND). However, because India has at times been popular with managers of broad Asia and emerging market funds, make sure you are not duplicating exposures if you add this fund.

It can be important to note how much exposure passive funds have to big constituents of the market they track, how volatile their returns are and whether their charges are steep for a passive approach. However, both active and passive specialist funds' fees can be much higher than those of their mainstream counterparts.

If you want exposure to some of these markets but with greater diversification you could consider a frontier market fund, as these tend to focus on less developed economies. Options include T Rowe Price Frontier Markets Equity (LU1079768849), Barings ASEAN Frontiers (IE00B3BC5W20), BlackRock Frontiers Investment Trust (BRFI) and Jupiter Emerging and Frontier Income Trust (JEFI).

But these are still volatile and you should also consider how one of these might fit into your portfolio. Jupiter Emerging & Frontier Income Trust, for example, has a mixture of exposure to mainstream Asian markets and frontier markets. Frontier market funds can have a focus on areas beyond Asia, such as Latin America and parts of Europe including Russia. These countries can present both big risks and opportunities, but may not suit an investor looking to finesse an Asia allocation.

BlackRock Frontiers Investment Trust is run by an experienced team and has a focus on high-quality companies. It can also invest outside frontier markets, and its biggest recent country allocations were to Indonesia, Saudi Arabia, the Philippines, Vietnam and Thailand.

Some investors may wish to use single-country funds to get more exposure to China rather than diversifying away from it. Options include Invesco China Equity (GB00BJ04HS18), Fidelity China Special Situations (FCSS) and various ETFs.