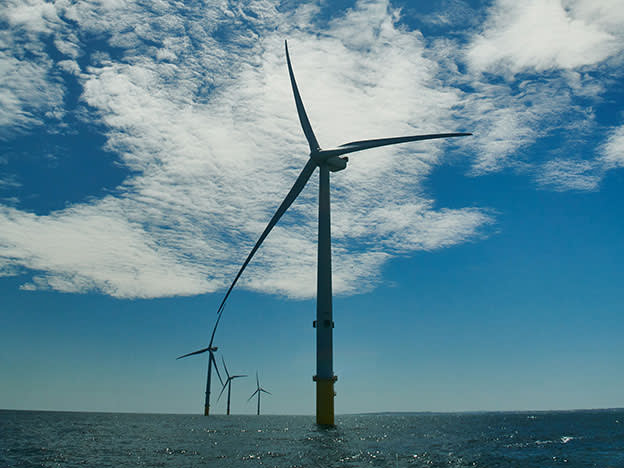 Analyst at Numis Securities argue that there could be further activity. “We expect the IPO market to increasingly open up as investors become more comfortable with virtual roadshows,” they say. “Alternative asset investment companies are likely to remain the key focus for IPOs, although it will be interesting to see if there is continued interest from managers of less liquid equity strategies, such as small-caps, [in] the investment company market.”

Many of the new trusts are likely to focus on niche areas that offer income, and their IPOs could offer a cheaper entry point into a popular alternative asset class.

Some investment trust launches will offer access to a sub-sector or asset class that was previously unavailable to private investors, which may offer a combination of income and total returns that appear uncorrelated to stock market moves. For example, Home REIT's focus on provision for the homeless differentiates it from the existing social housing trusts, and Triple Point Energy Infrastructure Company focuses on a sub-sector of the renewables space.

Investors could also tap into a relatively new asset class via IPOs. Round Hill Royalty Music, for example, invests in music royalties, although there are differences between its planned portfolio and Hipgnosis Songs Fund's holdings. If you prefer the look of Round Hill Royalty Music’s approach or wish to tap into a promising new asset class before this trust's shares potentially trade at a premium to net asset value (NAV), it could be worth subscribing to its IPO. Hipgnosis Songs Fund has successfully raised more than £400m this year, although its shares recently traded at a small discount to net asset value (NAV).

Recent IPOs in popular sectors have rewarded early investors. For example, Mr Carthew notes that Octopus Renewables Infrastructure Trust (ORIT) only launched in late 2019 but has enjoyed notable demand despite there being many other renewable energy infrastructure trusts. Its shares were trading at a 13.5 per cent premium to NAV as of 19 October, according to broker Winterflood.

Conversely, some trusts launch when the asset class they invest in looks out of favour and particularly cheap. This might appeal to some investors but the unpopularity of an asset class can be a barrier to fund raising. This is especially the case when existing trusts in the same space trade at large discounts to NAV, already offering potentially cheap entry points.

“There could be a situation where incumbents trade on a discount,” says Conor Finn, investment fund analyst at broker Liberum. “For a potential IPO, that can be a problem. It can make it difficult to garner enough investment demand at the outset.”

This problem recently caused Tellworth British Growth and Recovery's IPO to be scrapped due to insufficient demand. This trust would have invested in UK equities, and been run by ex-Schroders managers Paul Marriage and John Warren.

But the other UK equity investment trust IPOs lined up could fare better. The Buffettology brand, for example, has a strong fanbase due to the excellent returns of CFP SDL UK Buffettology (GB00BF0LDZ31). Schroder British Opportunities Trust may attract interest because it plans to invest in unquoted companies as well as listed shares.

But if you are thinking of investing in an investment trust IPO be aware of the trade-offs it can entail.

Some trust launches may fail to get off the ground and, even if they do, if a trust invests in an unloved area such as the UK its share price could fall to a discount to NAV. So it certainly wouldn't be profitable in the short term, even if it came good in future.

As with any fund, it generally makes sense to invest in a trust run by a manager with a good track record, proven expertise in the area they invest in and an investment process that has already been successful. You should ensure that you understand what the trust invests in – especially with alternative assets – what its risks are and how it differs from existing trusts that focus on a similar area.

For example, music royalties fund Hipgnosis Songs has proved hugely popular and appears to offer an attractive income independently of equity market moves. But there are challenges in predicting which songs will be a hit in future and much of this trust’s income has come from a very small part of its music catalogue.

Round Hill Music Royalty Fund differs from Hipgnosis Songs Fund in some ways, for example, it focuses on artist as well as singer/songwriter royalties.

New trusts will in most cases tend to be smaller than some more established funds investing in the same area, meaning that they can have higher fees. However, funds that build up greater scale over time should eventually achieve economies of scale and pass cost savings on to investors in the form of lower fees.

Perhaps more crucially, new trusts that invest in alternative asset classes with limited liquidity may take some time to fully invest the money they raise. This would initially limit a trust’s NAV returns and could weigh on its share price.

Not being fully invested can be a particular issue with alternative income trusts. If you are hoping to replace equity dividends by putting your money into one of these, be aware that new trusts may take time to get fully invested and generate their full target income. So backing any such trust requires patience.

“With most alternative income funds, whatever their dividend target is, it tends to be lower in the first year until the cash gets deployed,” says Mr Finn. “You definitely want [the trust] to be invested in the first year. Often trusts say they plan to be fully invested within 12 months [of launch], but they are done in six to nine months.”

As such, investors should check if the investment manager of a trust due to launch has a pipeline of assets to buy. James Calder, research director at City Asset Management, notes that Round Hill Music Royalty Fund's managers have already identified a pipeline of purchases, which should make it easier for the trust to start delivering returns quickly.

“Round Hill [is] using some closed-ended funds with a limited life that are coming to the end of their life,” he says. “It’s a live portfolio that [will be] income-producing from day one.”

With trusts that may take time to fully invest the cash they have raised, it could seem sensible to wait until a better dividend is available. But many alternative income trusts tend to trade on premiums, so if you wait to buy in the trust may become more expensive. If you have not yet bought Octopus Renewables Infrastructure Trust, for example, investing now would mean buying it at a significant premium to NAV.

Investors with a preference for more established trusts are likely to have to pay up for the income, particularly in popular sectors. Winterflood data shows that the average generalist infrastructure trust traded on a 15.7 per cent premium to NAV as of 19 October. The average renewable energy infrastructure trust traded at a 12.3 per cent premium. Trusts in specialist property areas such as logistics, social housing and healthcare have recently tended to trade on discounts, although this could change due to demand for a stable source of income.

A cheaper way into expensive sectors can be to monitor the trusts you would like to buy for moments of weakness. Bouts of market volatility, such as the spring sell-off, can temporarily knock alternative asset trust share prices off course, providing a cheaper entry point. Secondary fund raisings can also offer a cheaper entry point than the prevailing share price, although you still may have to buy the shares at a premium to NAV, albeit a lower one.