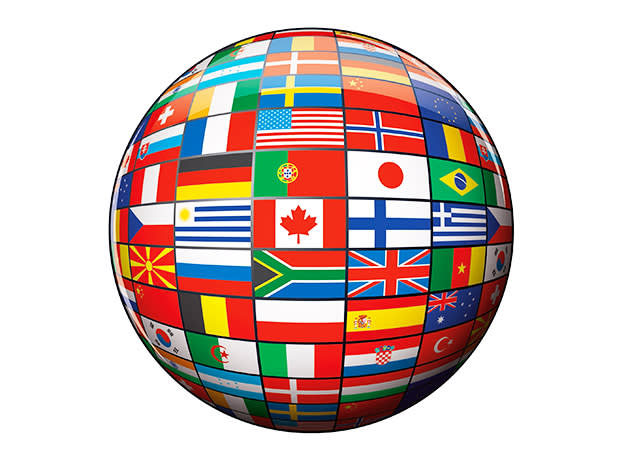 Funds for the world's most important trends

The proliferation of technology, scramble to produce clean energy, rise of Asian economies and shifting global demographics are all trends underpinning the global economy. Here are some funds that can help you play these themes.

For equity investors looking to play the green energy theme, Impax Environmental Markets (IEM) is the largest and best performing of only three equity investment trusts with an environmental focus.

The trust’s managers, Jon Forster, Bruce Jenkyn-Jones and Fotis Chatzimichalakis, invest in small and mid-cap companies that make at least half of their revenue from products or services in the energy efficiency, renewable energy, water, waste and sustainable food and agriculture markets.

As the trust has consistently performed well and is focused on a fashionable market, the shares have traded at an average premium of 5 per cent over the past 12 months.

The trust is well diversified globally, with 44 per cent of its assets in North American equities, 36 per cent in Europe and 16 per cent in Asia Pacific. The managers invest in what they deem the best companies irrespective of geography, but Mr Foster told Investors Chronicle earlier this year he would like to increase the trust's exposure to Asia Pacific because he thinks valuations of companies listed there are attractive and there are lots of growth opportunities.

Another way of accessing green energy is through renewable energy infrastructure trusts. As governments across the developed world have been announcing spending pledges to build back greener, assets held by renewable energy infrastructure trusts, such as solar and wind farms, are partially subsidised through government schemes. In the UK, the government is investing so that offshore wind will produce more than enough electricity to power every home in the country by 2030, for example.

These trusts have become very popular recently, with seven trusts launched in the past three years. They should offer reliable income, although some are trading at large premiums to their net assets. The weighted average yield for the sector was 5.2 per cent on 29 December. The sectors' net asset performance has been reasonably strong, with weighted average returns of 46 per cent over five years, and 25 per cent over three.

The Renewables Infrastructure Group (TRIG) is the largest all purpose and most established trust in the sector, with £1.95bn of assets and a 5.3 per cent yield as at 29 December, while trading at a premium of 12.6 per cent. The trust invests across a range of diversified assets with exposure to more than 70 different energy projects with 1.7GW of capacity covering solar, wind and battery storage.

For investors looking for more targeted exposure to wind energy Greencoat UK Wind (UKW) is a large established fund which invests in operating UK wind farms. The fund is a constituent of the FTSE 250 and has a market capitalisation of approximately £2.8bn. The fund recently traded at a premium to net assets of 8.2 per cent, with a yield of 5.4 per cent. According to Stifel, Greencoat UK Wind is now the only renewable energy infrastructure trust that still has a policy of paying dividends linked to inflation.

Worldwide Healthcare Trust (WWH) was established in 1995 and is the UK’s largest specialised healthcare trust with £2.3bn of assets. It invests in pharmaceutical, biotechnology, healthcare equipment and healthcare services companies across the world, with the aim of delivering high capital growth.

The trust has high exposure to biotechnology companies, which make up 39 per cent of the portfolio. The managers see gene therapy as one of the most promising biotech sub sectors, with Horizon Therapeutics (US:HZNP) and Mirati Therapeutics (US:MRTX) among its recent top-performing holdings.

Horizon Therapeutics is a biopharmaceutical company focused on rare diseases, that launched a drug this year called Tepezza, a breakthrough treatment for thyroid eye disease. Mirati Therapeutics, a San Diego-based biotechnology company, has become a leader in targeting genetic and immunological drivers of cancer.

65 per cent of the trust invests in North America, 19.3 per cent in global emerging market equities and 12 per cent in European equities. The trust’s exposure to China has been growing in recent years, as this is where the managers see strong growth potential.

They look to invest in Chinese blue-chip leaders in various healthcare sub-sectors that have close ties with the Chinese government and can capitalise on the expected growth of the healthcare industry in China. Examples include vaccine company CanSino Biologics (HK:6185) and Jiangsu Hengrui Medicine (600276:SHH), the biggest pharmaceutical company in China, by market value.

The trust’s overweight positions in emerging biotech and China has served its performance well. Over the year to 16 December, the fund’s share price grew 23.7 per cent compared with 13.6 per cent for MSCI World Healthcare.

In other areas of healthcare, the trust has holdings in US insurance brokers specialising in enrolling people in Medical Advantage insurance plans such as eHealth (US:EHTH) and GoHealth (US:GOCO).

The managers say the Medicare Advantage market is one of the best trends in healthcare, as enrolment is growing in the high single digits as the U.S. as the population ages, and commission rates are also growing in their favour.

While many healthcare companies involved in the enormous global effort to contain the coronavirus will not make large profits from their contribution, the managers believe positive sentiment around the collective industry efforts will continue to drive investor demand in healthcare stocks, and government support for drug developers.

They add that the outcome of the US election was effectively the “best case” scenario for healthcare stocks, as they expect the Biden administration will broadly offer a continuation of the status quo, with the Senate expected to remain under Republican control.

While technology is a tricky sector to define, as all industries use technology to drive efficiencies, funds that have focused specifically on self-defined ‘technology’ have performed very well recently.

There are two dominant technology investment trusts, both of which have consistently outperformed their benchmark, the Dow Jones Global Technology Index.

Polar Capital Technology Trust (PCT) has a large portfolio of around 100 holdings and aims to outperform the Dow Jones Global Technology Index by 2-3 per cent a year – a target it has consistently achieved.

It is managed with a low active share of 40 to 50 per cent, which means typically 50 to 60 per cent of what the trust holds are constituents of this index. Manager Ben Rogoff says staying loyal to the index reflects his conviction in some of its largest constituents, and also leads him to early investment in some of the index’s smaller companies.

70.5 per cent of the trust was invested in the US and Canada as at the end of November, and 14 per cent in Asia Pacific ex-Japan. The fund is well diversified across different areas of technology, with 23 per cent in software, 19 per cent in semiconductors and their equipment, 17 per cent interactive media and 13 per cent in technology hardware and storage.

The trust’s largest holdings are Apple (US:AAPL), Microsoft (US:MSFT), Alphabet (US:GOOGL) and Facebook (US:FB), which made up 28.7 per cent of the fund at the end of November.

Mr Rogoff said in a note in early December he has adopted a more guarded approach to portfolio construction than other tech funds and has reduced exposure to ultra-high-growth stocks, particularly those that appear to be being chased ever higher by retail and momentum investors.

Allianz Technology Trust (ATT), meanwhile, is more concentrated in common with a focus on stock selection and less consistency with its benchmark. Amazon (US:AMZN) and Tesla (US:TSLA), for example, are the trust’s second and third biggest holdings, even though neither company is included in the trust’s benchmark index.

The team views technology companies as those which use technology in an innovative way to gain a strategic, competitive edge, which could be found in any industry – not just the traditional telecommunications, media and technology sector.

Manager Walter Price does not target specific country or regional weightings and aims to invest in the most attractive technology shares on a global basis.The trust had 72 holdings at the end of November, and more than 90 per cent of its assets are listed in the US. Mr Price has over 40 years of experience of investing in technology and is co-head of the AllianzGI global technology team which currently manages $4bn in assets.

A lot of Asian stocks are difficult and expensive for UK investors to access, but Schroder Asian Total Return Investment Company (ATR) has consistently delivered strong performance for those wanting to access the region.

The fund invests in a portfolio of 40 to 70 companies operating primarily in Asia, including Australasia but excluding Japan. While managers’ Robin Parbrook and King Fuei Lee’s priority is to make money, they also try to offer a degree of capital preservation through the tactical use of derivatives.

They look for companies with sound balance sheets, professional management and capital allocation policies that are aligned with the interests of minority shareholders. In their latest interim report published in August, they expressed their concern about the possibility of a bubble forming in the “BEVI” – biotech, electric vehicles, and internet – sectors in Asia and have been trimming stocks they deem to have excessive valuations.

The managers say as they have positioned themselves more defensively, they could potentially underperform the index in the near future if frothy conditions continue. However, if a bubble does burst in the Asian markets their defensive approach to growth, and use of hedging, could offer valuable protection.

The managers add that for those willing to look away from the herd, there are opportunities to be had in Asia away from the hot tech areas such as in great bank franchises, or quality resource stocks offering a 7 per cent dividend yield.

The trust has outperformed its benchmark index, MSCI AC Asia ex Japan, in each of the past five years, and its 10-year net asset annualised return is 9.3 per cent, compared with 6.7 per cent for the index, as at the end of November.

The trust’s largest regional weighting is to China, with 28 per cent invested in the mainland and 19 per cent in Hong Kong. Emerging Asia has only a very small presence, with 1.1 per cent in Vietnam and 0.8 per cent in the Philippines. The managers’ say their low exposure to Indian and Southeast Asian stocks is due to concerns over their competitiveness.

The managers’ pursuit of growth has led the fund to a number of large Asian tech names, with Alibaba (HK:9988), Taiwan Semiconductor Manufacturing (TAI:2330), Tencent (HK:0700) and Samsung (KOR:005930) its top four holdings at the end of October.

Returns this year have been amplified by the managers’ use of gearing. The level of gearing at the start of January 2020 was 2.2 per cent, rising to 11.3 per cent in late March to take advantage of the market sell off. The level has now been reduced to 7 per cent, as at 29 December.

The fund has a reasonable ongoing charge of 0.9 per cent, although the managers charge a performance fee of 10 per cent, over a 7 per cent hurdle rate, with the total fee capped at 1.5 per cent of net assets.