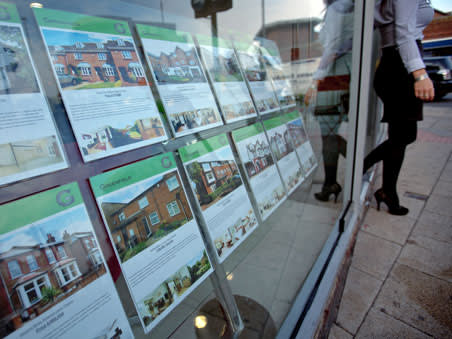 Rightmove's crown will be hard to knock

This year Brits spent a lot of their time within the same four walls. This might explain why the top five most viewed listings on property portal Rightmove (RMV) are mostly mansions: it seems that a lot of us have been drooling over the likes of The Surrey Manor, a 10-bedroom pile set in 30 acres of parkland.

That might not be the typical sale on Rightmove, but the platform is still the go-to website for property hunters, this year capturing almost 90 per cent of time spent on the top four property portals.

This huge market share is in part thanks to Rightmove’s first-mover advantage. Having launched in 2000, the four estate agencies who founded it got in early, before internet portals had shown anywhere near their full potential.

The value of the network effect

The beating heart of Rightmove’s business model and competitive advantage lies in what business strategists refer to as "the network effect". The more houses that are listed on the website, the more housebuyers the website attracts. This in turn creates greater value for advertisers and a more comprehensive variety of listings, which again attracts more property hunters. In this way, Rightmove’s platform becomes more valuable the more it is used. The company's sales and profits feed off this virtuous cycle.

Combined with the digital nature of its product, this self-perpetuating success also means that it has been able to grow without much additional investment into the business – capital expenditure has not exceeded 1 per cent of total revenues since 2012. Meanwhile, its underlying operating profit margin has historically sat at an astounding 75 per cent.

Given this formidable business 'moat', its ability to continue to produce bumper profits over the long term looks relatively secure. In fact, its dominance is so strong that leaving the platform can be very detrimental to its users, who can suffer from much weaker visibility. That means that Rightmove also has a fair amount of control on pricing. The persistent upwards trajectory of its average revenue per advertiser (ARPA) suggests that the company is comfortable with squeezing more money out of its clients. Rightmove is paid per estate agent office listing properties on its site rather than on a per property basis.

It has been able to achieve this ARPA growth by selling added-value analysis tools, which focus on areas such as lead generation. But persistent price hikes and a near monopoly have led to discontent among some real estate agents.

This year more than 1,850 agents formed the ‘Say No To Rightmove’ campaign, which is demanding the platform cut its prices. The campaign found in a survey that 90 per cent of respondents were considering leaving the platform if a pandemic-induced discount was not extended or the pricing model radically changed. Nearly three-quarters said that they would only be happy if Rightmove’s prices were below £500, which is less than half the current average level.

However, even this campaign insists that it isn’t “about encouraging agents to leave Rightmove”. That would be a difficult ambition – as the housing market struggled through the first six months of 2020, the platform only posted a modest 3.5 per cent decline in agent numbers while a 34 per cent fall in ARPA principally reflected pandemic-related discounts.

But there remain significant risks to the financial health of estate agents when national furlough schemes end, in an industry that was already struggling before the pandemic hit. A study by PWC found that there were more net declines among estate agents than pubs last year. Consolidation could be a risk too, if acquisitions result in office closures.

So while there's reason to be optimistic about the long-term picture, Rightmove has not been able to avoid the impact of coronavirus. In the first half, profits dropped by just over two-fifths, and management was pushed to scrap its dividend. During the last major recession, Rightmove was able to hold its ARPA and operating profits flat, although they were then much lower than current levels. It may not be able to repeat that performance now that its fees are proportionately higher for estate agents.

The health of the property market in 2020 has been better than many had expected, though. The sector has been propped up by the government’s stamp duty holiday. This tax relief is set to end in early 2021, which is part of the reason why the company expects a slower second quarter in the market. On the flipside, ongoing demand and cheap mortgage rates could help.

These are uncertain times, but Rightmove’s wide economic moat and minimal capital requirements mean that any problems should prove temporary. With a 2021 forward price/earnings multiple of 33, the shares do not come particularly cheap, but it is fair for an exceptionally profitable and cash-generative market leader that does not look as though it will be dethroned any time soon.