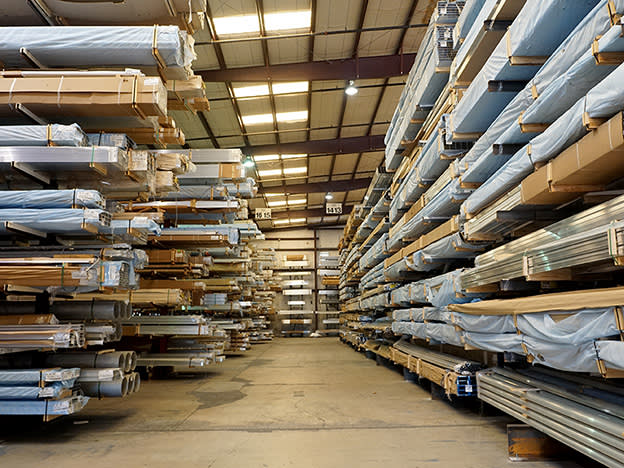 Shares trade at premium to NAV

Commercial landlords have been tested by the Covid-19 pandemic as tenants have struggled to balance the financial strain of business disruption with meeting their rent obligations. Against that backdrop, German real estate investment trust (Reit) Sirius Real Estate (SRE) has scored highly in proving its mettle.

Rent collection has been resilient over the past 12 months, driving up funds from operations (FFO) and aiding the value of Sirius's portfolio of business parks. Over the longer term, the group has the firepower to increase funds further by selling lower-yielding assets and recycling the capital into acquisitions in need of refurbishment and with higher vacancy rates. The group has developed a strong track record in generating impressive returns on its capital expenditure over the past 13 years.

Sirius's shares now trade higher than they did just prior to the March 2020 crash and are valued at a 26 per cent premium to net asset value (NAV) at the end of its latest financial year and 17 per cent above forecast NAV for March 2021 (see table). However, with the group delivering double-digit total returns since 2016 – the rise in NAV plus dividends – that premium could prove worth paying for.

Sirius lets business parks, offices, self-storage space and industrial complexes across Germany’s seven major cities to more than 5,000 tenants. The top 50 tenants account for 42 per cent of the annual rent roll, yet the top tenant – automotive and aerospace engineering giant GKN – accounts for only 2.6 per cent.

Admittedly, small- and medium-sized businesses, which could buckle more easily under the financial strain of the pandemic, account for 58 per cent of the rent roll. However, the German government has unveiled a series of measures to provide support for the Mittelstand, including an initial state-backed guarantee of 100 per cent of loans made by banks of up to €500,000 (£436,000) for companies with a maximum of 50 employees and €800,000 for those with up to 250 staff. The wage subsidy scheme – which allows companies to reduce employees' hours while keeping them in work – has also been extended until the end of this year.

The combination of government support and diversity in its tenant base seems to be insulating the Reit from the high shortfalls in rent collection suffered by many landlords in the commercial property market. Sirius says it has received 98 per cent of rent and service charges billed over the 2020 calendar year and has written off just €205,000 out of total rent and service-charge invoicing of €141m.

At the end of December it had entered into deferred payment plans with only 43 tenants who had been adversely impacted by the pandemic, amounting to €0.4m in rent. Cash collection rates for January were broadly in line with the same time in 2020 at just over 94 per cent of rent and service charges billed.

That is not to say Sirius has been entirely unscathed by the hesitancy of businesses to sign up to new leases in the wake of the pandemic. The volume of space let during the six months to September fell by 11 per cent compared with the same period in the prior year, as the average deal size reduced from 80 square metres to 67 square metres. The rent roll edged down 1 per cent as tenant move-ins failed to offset two large move-outs.

Sirius’s longer-term strategy in boosting funds' flow is to acquire under-let assets that may be in need of refurbishment and re-letting them at a higher rate. It is a strategy that has proven successful over recent years. Under its original capital expenditure – which covers assets acquired prior to 2016 – investment of €24.4m has thus far delivered a €12.5m improvement in rent, equivalent to a return on cost of 50 per cent. Meanwhile, €25m of capital expenditure on assets acquired since then has delivered an increase in rent of €8m, or a return on cost of 32 per cent.

Management has set a medium-term target of growing funds from operations to €100m, against an annualised figure of €58m at the end of September. The fact that this funds' flow has increased four-fold since 2015 should give investors some confidence that the goal will be achieved.

The Reit has €70m in funding for acquisitions over the second half of the current financial year, some of which has been put to use. That included part-funding the acquisition of an €80m business park in January via its Titanium joint venture (JV) with Axa Investment Management, which has helped almost double the size of the JV’s portfolio since its launch in 2019. Sirius’s stake in the JV stands at 35 per cent; in addition, it earns fee income by managing the assets. As well as giving the group another source of capital, the JV allows it to acquire stakes in assets that are worth more than its historical transaction limit of €30m.

House broker Peel Hunt forecasts that the €70m in funding firepower could deliver an additional €3.4m in annual funds' flow, assuming a yield of 7 per cent on acquisitions and an all-in cost of debt of 1.5 per cent. Peel Hunt forecasts that the Reit could hit €80m funds' flow over the next three years from the existing portfolio, which would boost the brokerage’s current 2022-23 earnings forecast of 6.5¢ a share by 10 per cent.

Management has set a dividend policy to pay out at least 65 per cent of its funds' flow, which has historically resulted in generous returns to investors. Indeed, those dividends have contributed – together with net asset value growth – towards the double-digit total returns that have been delivered since 2016. Progressive dividend payments continued in 2020 – a rare move among the UK’s Reits. That is forecast to continue this financial year and next, resulting in a potential dividend yield of 3.6 per cent and 4 per cent, respectively.

The balance sheet is also in sturdy enough shape to support management’s growth ambitions. Interest cover stood at a multiple of 10.3 during the first half of the financial year, near its post-IPO high, and Sirius had unencumbered assets of €124m. It also has the ability to withstand a reduction in occupancy rates from 84 per cent at the end of September to 75 per cent at March this year, and a further reduction to 65 per cent occupancy from April, without breaching borrowing covenants. The strength of the balance sheet also means the Reit has not needed to turn to the stock market to fund growth. It has not raised equity since 2018.

The shares trade at a 10 per cent premium to forecast NAV at the end of March 2022 (see table). However, that premium looks justified given the Reit’s strong track record in rising funds' flow and, in turn, its rising net asset value. Analysts consensus forecasts for earnings this year have been upgraded by more than a fifth since the group reported first-half results. Yet a diversified tenant base and a proven ability to increase rent rates across its portfolio could well give investors confidence that Sirius will continue to deliver on those increased expectations.