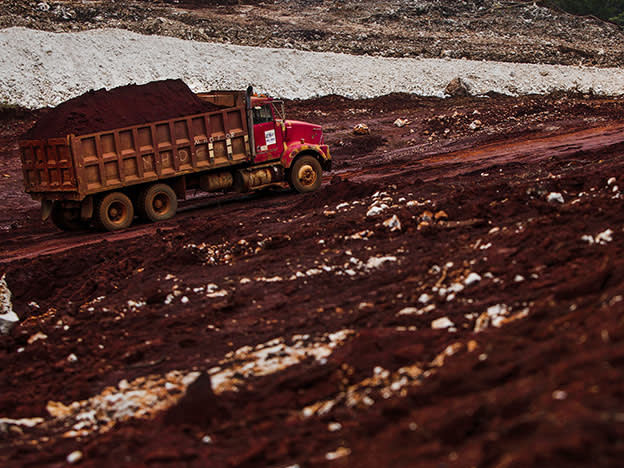 Trump went, Biden arrived. January got off to a good start before fizzling out in the last few days. How much the GameStop saga had to do with it, I don't know. There was some speculation that hedge funds were unwinding long positions to cover losses on short positions that they were closing. That on its own seems a little far stretched but a general feeling of unease at the amount of speculation driving stocks will not have helped.

Possibly the most noteworthy move over the month was the continued sell-off in US Treasuries. The 10 Year yield moved above 1.0 per cent for the first time since last March signalling a growing belief that economic recovery, or at the very least, higher inflation is on the way. Another sign of optimism came from commodities.  Brent crude was up 6.5 per cent to $55.1 per barrel, its highest since last February. Nickel and copper were up, but zinc gave up some ground. One of the most significant moves came from platinum group metal, rhodium which gained 20 per cent. Helpful for my Sylvania Platinum (SLP) holding.

Within equity markets, Nasdaq managed to finish up 1.4 per cent, and in Japan, the Nikkei 225 was up 0.8 per cent. Apart from those, all-other leading indices were down. Ominously for those who believe that how January goes, the year goes, the S&P 500 was off 1.1 per cent. For once the UK fared a little better than continental European markets with the FTSE All-Share (TR) Index down 0.8 per cent compared to drops of 2.1 per cent for the DAX, 2.7 per cent for the CAC and 5.0 per cent for the Italian MIB. The relative success of vaccination programs must be influencing markets with their being a massive prize for re-opening economies as soon as possible. In the UK, smaller companies, which are more dependent on the UK economy's health, did better. The Aim Index was up 0.3 per cent and FTSE Small Cap up 0.2 per cent. For the record, the FTSE All-World GBP (TR) Index was down 0.9 per cent, slightly more than the fall of 0.4 per cent for the $ denominated index. This disparity was due to sterling strength. The vaccination programme's success and an end to the endless wrangling about the Brexit trade deal helped sterling.