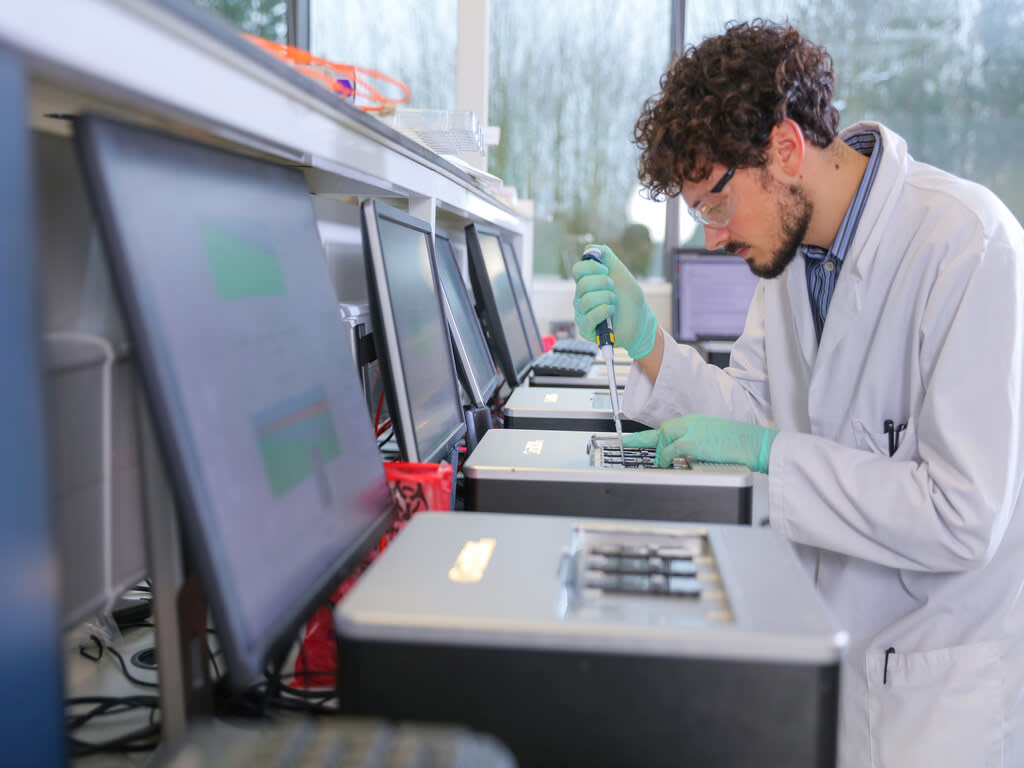 A frequent complaint of equity markets is that the biggest valuation gains are often banked long before shares in a company are publicly traded. Rock-bottom interest rates, heightened risk appetite, towering cash piles of private capital, and entrepreneurial aversion to the glare of a full listing have all added to the feeling that ordinary investors can only ever play catch-up.

There are good reasons to hold this view, but only up to a point. Capital markets are also meant to bring rigour, standards and a degree of protection; a public listing, after all, should come with some sense that a business is sustainable. In the attempt to capitalise on the pioneering technologies and businesses that will change our futures, some private investors win and others lose their shirts.

FTSE 250 constituent IP Group (IPO), which partners with universities to help commercialise their intellectual property, offers ordinary investors a route into this high risk-reward world through its large seed fund portfolio. Although historically concentrated on the UK, including a longstanding relationship with the University of Oxford, it has in recent years replicated this approach with research institutions in the US and Australasia, giving its network of investment opportunities a global reach.

Despite some successes, this model’s volatility has proved less than spectacular for shareholders in recent years. After a string of major capital raises and successful company spin-offs on Aim in 2014 and 2015, IP’s net asset value (NAV) is yet to recover from a peak of 137p a share set almost six years ago. Management has pointed to the long-term nature of the company’s “cradle to maturity” stewardship approach, but this has also required huge levels of patience from investors.

This came to a head in 2019, when IP’s associations with major backer Neil Woodford – and a shared appetite for unquoted, illiquid, cash-guzzling and hard-to-value companies – crystallised several years of malaise. Hampered by liquidity issues in Woodford’s own funds, IP warned that both valuations of its holdings and funding availability had been adversely impacted. Any residual lustre appeared to fade when, as his flagship funds was being wound up in September 2019, Woodford dumped his holding in IP at a sharply discounted 53.5p a share.

A year and a half later, and IP has dramatically rebounded, along with the fortunes of its core portfolio holdings, leading to a doubling in the shares since their pandemic nadir. Despite this, the stock’s continuing discount to NAV fails to reflect a series of positive catalysts ahead. As such, there are solid reasons to believe that the average 12-month analyst target price of 150p is readily achievable.

Full-year results, released last week, are a good place to start. After the portfolio dipped in value in 2019, net portfolio gains of £231m pushed NAV up by 17 per cent to £1.33bn in 2020. This included record cash realisations of £191m, primarily from IP’s staged exit of Aim-traded fuel cell pioneer Ceres Power (CWR), whose soaring valuation provided a seven-fold return on investment and made it the second so-called 'unicorn' to emerge from IP’s seed portfolio.

A third unicorn – that is, a business valued at more than $1bn (£720m) – soon followed in the shape of musculoskeletal pain management specialist Hinge Health. IP's 2.4 per cent stake was valued at £2.6m at the start of the year, but after Hinge completed a $300m fundraising in December the carrying value rose to £42.1m and demonstrated what analysts at Numis described as the “option value of a long tail of holdings”.

IP has stakes in more than 100 of these non-core companies across its portfolio, although a co-investor buy-out option for cancer treatment holding Inivata and an upcoming funding round for augmented reality outfit WaveOptics show mid-sized holdings offer plenty of promise too.

Currently, one investment commands the bulk of attention. DNA sequencing specialist Oxford Nanopore, which earned its unicorn stripes in 2016, accounted for 7.1p of the uplift in IP’s NAV last year after it raised £162m from new and existing investors at a higher valuation. That support looks warranted, especially after a year of major progress. In addition to mapping several Covid-19 variants and improving the cost and accuracy of its sequencing technology, the group landed regulatory approval for a diagnostic test for the virus and a fat NHS contract.

Interest in the company looks set to continue ahead of a slated initial public offering in 2021, which would either give IP a cash windfall or a liquid holding in a hot biotech stock. There’s also the prospect of a further upward revaluation: analysts at Berenberg believe IP has adopted a “fairly conservative approach to valuation”, while Jefferies reckons Oxford Nanopore could be worth at $5.4bn on listing, versus IP’s carrying value of $3bn. If Jefferies is proved right, this alone would add 25p to group-wide NAV (see pie-chart).

With so many assumptions about possible valuations, IP warrants comparison with two UK-listed companies whose values also largely derive from unlisted assets. One is litigation finance specialist Burford Capital (BUR), whose use of unrealised gains has been called into question in part due to the difficulty of independently verifying the values it ascribes to its cases.

Often, an asset is marked up on Burford’s balance sheet because its legal experts and auditors decide it can be. The most famous example of this is the Petersen case – Burford’s stake in a high-profile claim against Argentina’s expropriation of YPF – which as of last June had a carrying value of $773m, including $734m of unrealised gains.

IP’s own accounting treatment of unquoted equity and debt investments relies on plenty of management judgement, too. This includes a mixture of highly-speculative discounted cash-flow valuations, and the complexities and timings of early-stage financing, where related shareholdings sometimes mean transactions cannot be said to have been carried out at arm’s length.

But the group can also usually point to funding rounds in which multiple investors participate, and – in the case of holdings such as hormone therapeutics group Diurnal (DNL) – mark-to-market stakes in some public companies (see table). Moreover, several years of negative revaluations – including unrealised losses of £71m in 2020 – suggest management is not too scared of valuation hits.

A closer comparison is fellow listed venture capital group Draper Esprit (GROW), which like IP focuses on unquoted growth companies – albeit with a slightly more concentrated and mature portfolio. Driven by surging investor appetite for technology-enabled companies, Draper’s holdings have seen a run of successes in the last 18 months, the most recent of which is the proposed initial public offering of Trustpilot. This canny investment track record is now reflected in the group’s shares, which trade at a 35 per cent premium to their forecast book value for their March financial year-end.

Three reasons suggest IP Group shares could soon follow suit and return to their 10-year average price-to-book value ratio of 1.4. First, market sentiment toward the UK has undoubtedly improved since the four years to 2020, a period that coincided with IP’s own sluggish performance.

Second, the kind of science-led, sustainability-focused companies that IP and its university network incubates have moved up investors’ agenda since the pandemic hit, improving fundraising conditions in the years ahead. Although valuing niche areas of cutting-edge technology will always prove a challenge, a growing appreciation of the importance of intangible assets – and the money managers who specialise in this field – is only like to rise.

Third, IP’s growing cash pile, recent maiden dividend, and the possibility of share buybacks from 2022 all point to a more balanced capital allocation framework. Berenberg argues that this switch “from a cash-raising to a cash-giving profile” justifies a premium to book value. So would we.